For the Smallest Collection of Wildlife I Ever Did See: “Staten Island Zoo” 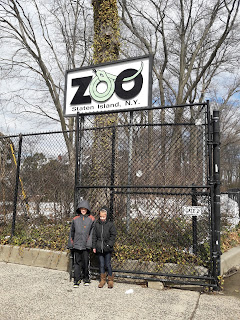 I have only been to the Staten Island Zoo two times, that I can remember.

The first time I was about five and the second time was a couple of weekends ago.

In the span of over thirty years only a handful of things have changed. 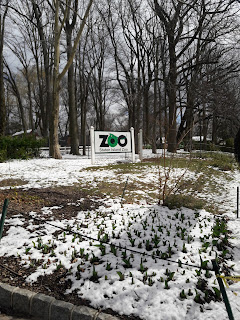 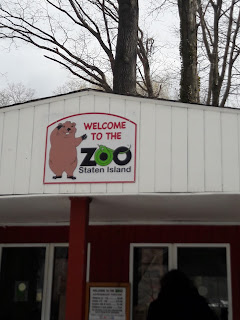 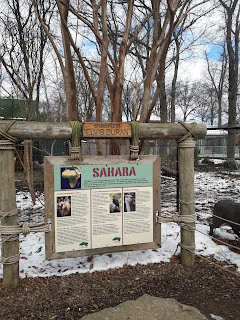 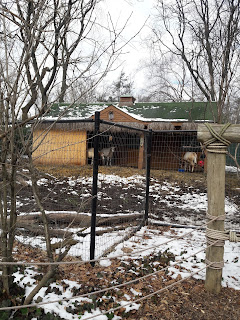 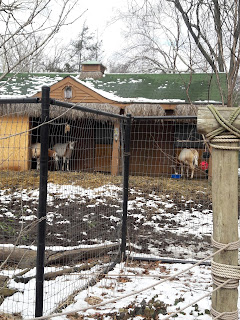 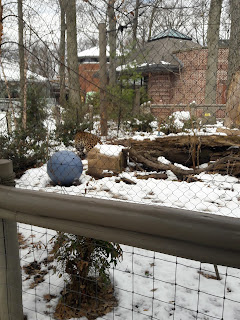 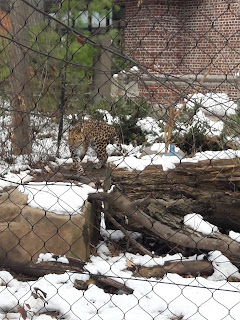 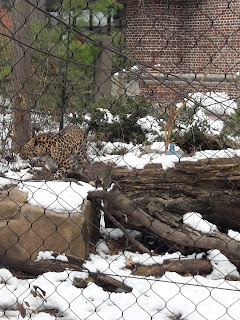 I choose to revisit this particular zoo with my niece and nephew because they had never been before. We were spending the day together and I wanted them to experience something new. Although it was still technically winter, it was a brisk day and we all needed some air.

The zoo was open, though they warned many of their animals would be indoors. To me that seemed perfectly acceptable considering the extremely moderate and every changing weather.

The only thing I remember from my childhood visit was a handful of squirrels, one very rowdy peacock, and the tanks full of snakes and other creepy creatures.

I had read this zoo had undergone a renovation so I was being optimistic about what we would see, but am glad I managed my expectations.

When we arrived there were several cardboard cut-outs covered in snow. We paid the entry fee (the cheapest attraction in town) and entered. The first animals we came upon were the llamas / alpacas. They were hanging out in a group eating and walking around. 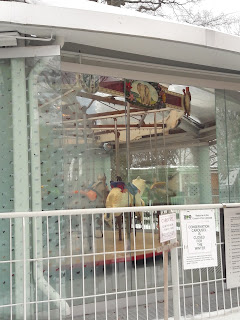 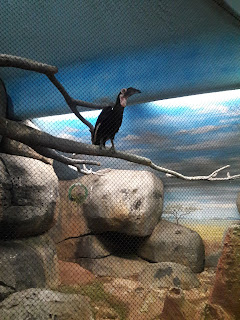 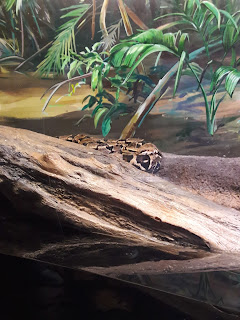 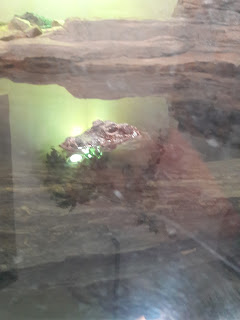 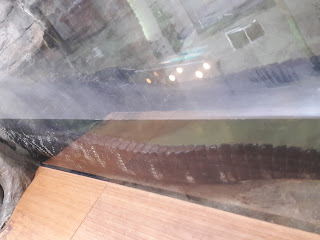 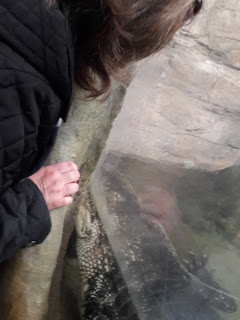 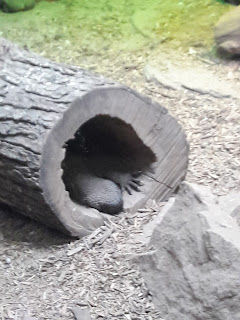 The next creature was a bit more exotic; a cheetah. Or a snow leopard. Truthfully I don’t really know the difference. This was one of the saddest things I saw that day. This poor guy (or gal) was in a small cage outdoors, and just kept pacing back and forth in a singular line. He looked miserable.

When people express outrage about keeping animals in captivity simply for our viewing pleasure, this is the sight that I will conjure up. Actually a lot of what I saw here made me as depressed as the animals seemed to be.

There was a carousel that was new to me surrounded in an outdoor enclosure but it was still closed for the season. That made no sense to us. It was one of the few exhibits that would make sense to keep open year round. 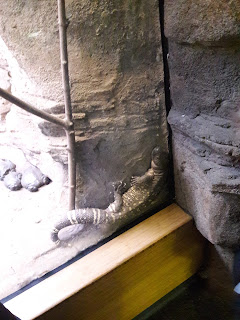 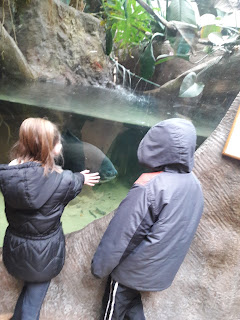 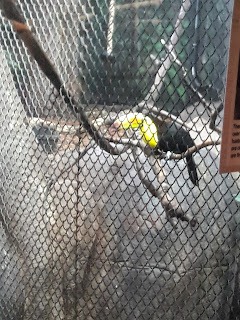 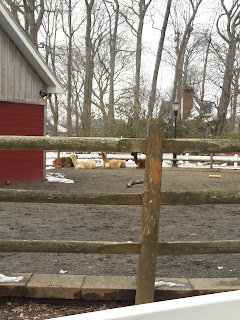 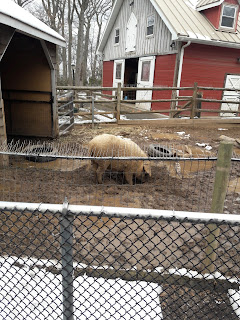 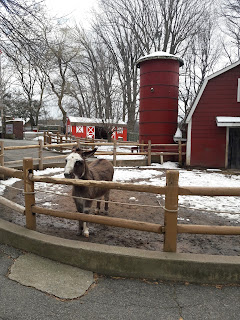 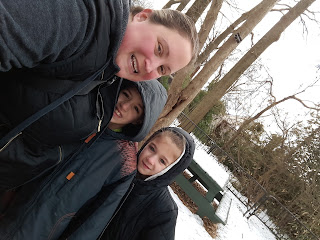 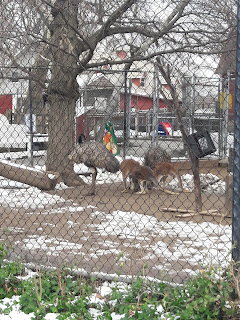 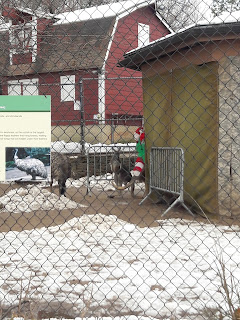 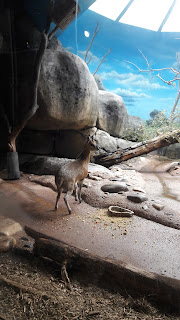 We wondered around because the zoo is poorly laid out and there are very few clear cut signs describing the best routes to follow. We went into about three or four buildings and all together I feel like I saw no more than fifty animals. In fact to even assume I saw that many means I have to account for every tiny, almost microscopic creature, that were in tanks which on first glance appeared empty.

The biggest animals indoors I believe were the meerkats, and a bird that resembled Tuscan Sam off the Fruit Loops box. Oh and I am forgetting the African crocodile that had smashed himself up against the glass on his container.

The very last animals we passed were in the section labeled “Children’s Zoo”.

There was a couple of pigs playing in the mud, a pair of donkeys that my mother wanted to take home, a kangaroo, and an ostrich.

I have to say seeing the kangaroo was an unexpected thrill for me. Watching it hop around was such fun. Hopping is just so amusing. I could be entertained like that for days.

And just like that we were done. The kids were cold and I was once again disappointed.

All told there are said to be over eight hundred animals on exhibit here at the place known as the “biggest little zoo”.

I know it was off season and I was lured in because it was a place that didn’t take many hours to cover like the Bronx Zoo (http://bit.ly/2FzNXap) does, but still I didn’t feel like anything had been renovated.

The Staten Island Zoo reminds me of my times visiting the New York City Aquarium (http://bit.ly/2In2X9b) in Brooklyn. Though the aquarium took a major hit during Super Storm Sandy in 2012, and I have not been back since then, it always was on the smaller size. I believe it is currently undergoing a renovation in order to come back bigger and better than ever. Either way the Aquarium always managed to have a decent amount of attractive animals on display.

I have to say when it comes to seeing animals in a family friendly environment I recommend visiting the White Post Farms (http://bit.ly/2FEBfqL) in Long Island. While it is a few bucks more, you can spend as little or as long as you like there, and see almost the same amount of wildlife minus the snakes. Plus who is really in it for the snakes? White Post Farm even has a giraffe which the Staten Island Zoo does not.

I know many New York City families have the popular pass that includes two adults and their children to unlimited visits (including parking) to the Bronx Zoo, Queens Zoo, Prospect Park Zoo, NYC Aquarium, and Central Park Zoo. Please note this does not include the Staten Island Zoo.

While these method of entry is the least expensive compared to all of those other attractions, it puzzles me why the Staten Island Zoo was left out when all other boroughs are included.

Either way if you decide to visit at least you now know what you are in for.