For the Best Italian Food Staten Island Has to Offer: “Pizza Parlor” 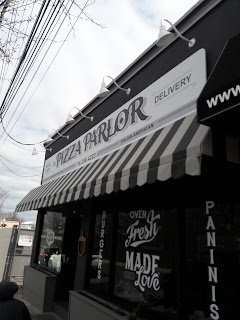 Sometimes a place seeks you out and its just too good you have to get there ASAP. That is the story behind me and Pizza Parlor. 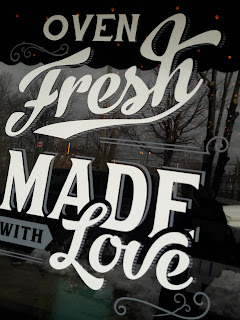 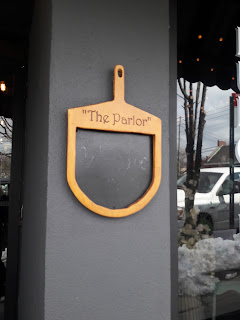 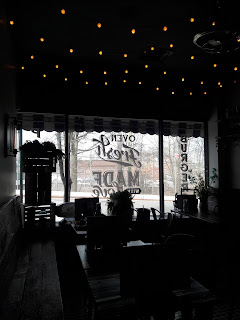 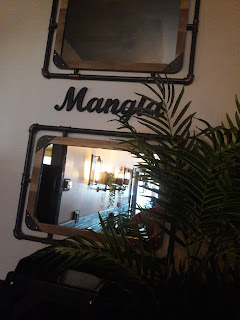 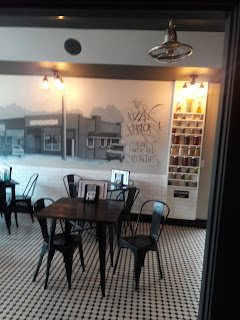 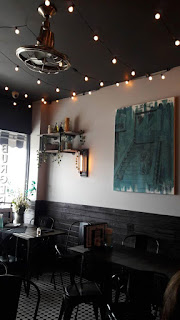 As with a lot of places nowadays, Instagram is the source of much of my new found joy. One example in recent months was Pizza Barn in Yonkers (https://bit.ly/2g07LrF), home of the Super Slice.

The most recent Insta-discovery was Pizza Parlor.

I had originally intended to put this on my next annual to do list (https://bit.ly/2s4Ydji), which will be coming out shortly, but I couldn’t wait that long. After seeing images of the baked ziti calzone they were known for, I ran and told everyone I know about this dreamy dish. I then proceeded to mentally plan several imaginary trips there whenever I was in a one hundred mile radius. Finally I got there, right after a trip to the Staten Island Zoo (see last post).

Pizza Parlor of New York is located in Staten Island, about thirty minutes past the zoo. Quite frankly it is closer to New Jersey than Brooklyn, where I began my trip. But as my niece told me later “she saw all of Staten Island” so I feel like I couldn’t have planned it any better.

After the half hour we spent at the zoo we were all ready to sit down for a yummy lunch. Truth be told this was the real reason for my visit to Staten Island. No offense but this isn’t my favorite borough nor one I feel compelled to visit on a regular basis. This is especially true since I have revisited their zoo for the final time.

I was surprised as anybody that there was, as far as I was concerned, a must try Italian restaurant in Staten Island. Again no offense but usually restaurants that I have an urgency to visit are in Manhattan. If not, then Brooklyn. But not typically Staten Island. If it makes residents feel better the same can be said for Long Island. But all that changed once I sat down inside Pizza Parlor.

Once we began to order it seemed like I was going to need one of everything on the menu. Not only did each item sound delicious, most of the dishes had catchy names. For instance there were Italian egg rolls, sandwiches called the godfather and mameluke, as well as garlic knot sliders.

As far as pizza was concerned there were varieties you don’t know normally find in a neighborhood pizza shop, at least not in mine. There were an array of pan pizzas and regular slices with toppings like chicken pesto. 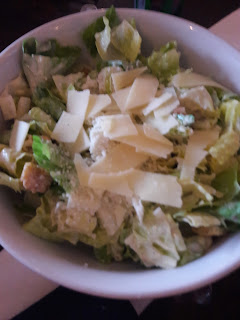 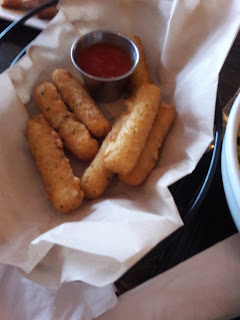 The kids were easy; they wanted plain pizza. But my nephew, God love him, needed a Caesar salad, so we got that too. We also ordered an order of mozzarella sticks just to make sure we were covering our bases. 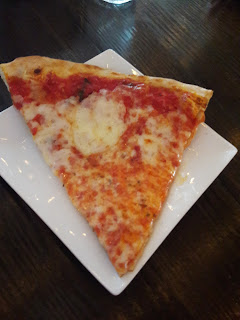 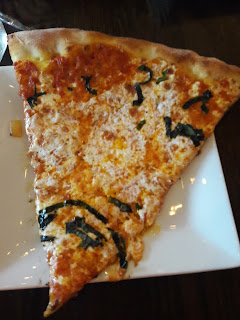 I had a vodka slice with fresh mozzarella which is one of my ultimate favorite kinds of pizza. I have had it numerous places, such as The House of Pizza and Calzone (https://bit.ly/2gJxX7h) and Patsy’s Pizza (https://bit.ly/2xZFHvP). Both places served up some delicious pizza. But it was quite excellent here at Pizza Parlor. I dare say it was the best vodka slice I have ever had. It had such rich flavors and even though it was a pretty basic combination of ingredients, I was immensely pleased.

My mother had and loved a vodka slice too. But she also had a pepperoni slice which she was less thrilled with. While the pizza tasted good the pepperoni hadn't been baked in, rather it appeared thrown on after the pizza had been heated up.  Not a fantastic tactic.

But that was literally my only criticism. 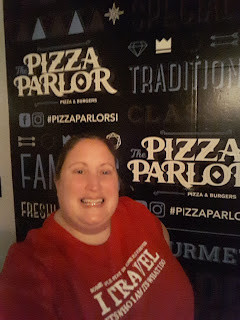 I even enjoyed the bathroom! Not only was it pleasant in there, I also found a step and repeat wall for selfies!! That is a first for me, but you know I did it. In fact it was probably the most fun I have ever had in a bathroom. Well, there was that one time at the Playboy Club in Las Vegas, but that story is for another time.

But wait I am forgetting the most important part of my visit!! 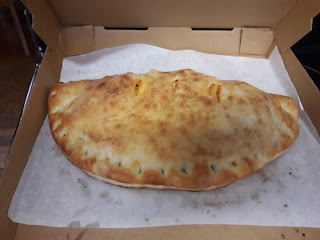 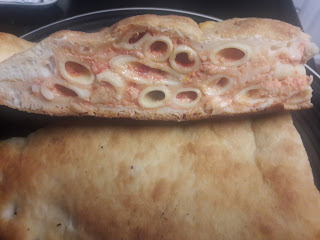 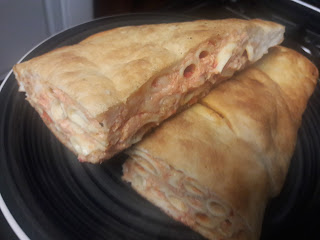 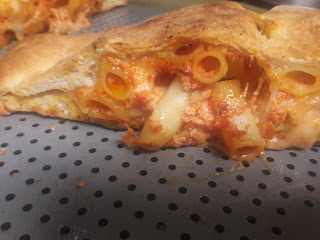 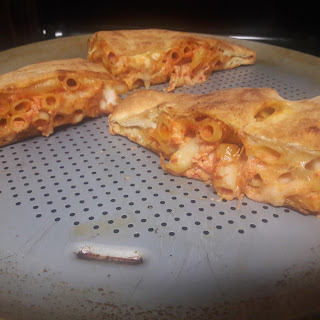 I told you the baked ziti calzone was the reason I made my voyage to Pizza Parlor, so you didn’t think that I came all this way and left empty handed, did you? I was too full to sample it while I had lunch but I damn sure got one to take home. Later that night I heated that bad boy up and made my followers drool on social media.

It tasted as good as it looks. Although I was disappointed there wasn’t more ricotta cheese inside. I suppose the baked ziti had some within itself but I still would have liked some more, however there is only so much a calzone can handle. I loved the taste but the clever idea even better. I am always on the hunt for the next great pizzeria food. 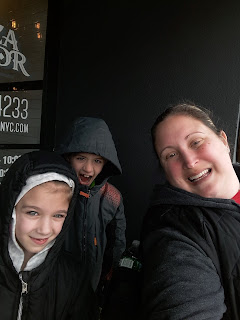 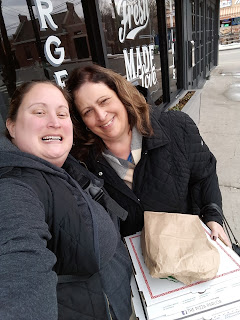 The important thing to note here is that we all had a great time at the Pizza Parlor in Staten Island. I highly recommend going there, whether you are just driving through Staten Island or whether you are purposely making your way there as I did. I am already looking forward to another delicious meal there sometime in the future.