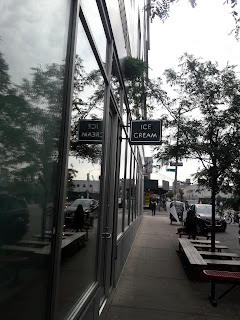 Since Will and Grace made their triumphant return to t.v. tonight, I thought I would reference one of my favorite episodes from the original series in my title. If you do not know to which I refer, please refer to season three.

Though it is now officially fall it hasn't much felt like it lately. If anything I feel like it is getting hotter, but climate change isn't real. Debating that only makes me hot in the face. 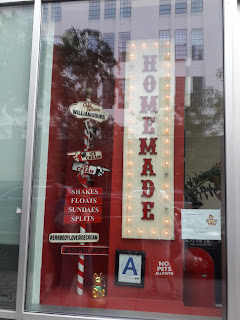 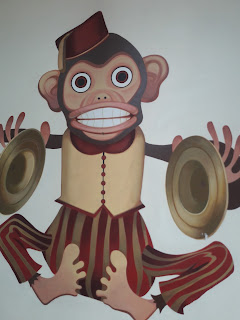 But when you are trying to stay cool one of the very best ways is with the right snack. The snack all children in my neighborhood craved as soon as we heard the jingle coming from the Good Humor truck. Why it is ice cream, of course!

Ice cream is not my personal go to snack though. I have always preferred ice, even from the ice cream truck, something my mother always protested. I believe the reason is that I do not have a sweet tooth. Rather I am a “salt”. Foods like popcorn, chips, and pizza belong in my wheelhouse twenty-four hours a day. 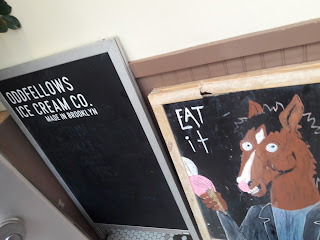 However, that being said when I find something special I begin to crave a sweet treat out of my comfort zone. Thus OddFellows has a spot on my current, annual to do list (http://bit.ly/2s4Ydji).

OddFellows is one of those places you go when you aren't craving a vanilla scoop; although I hear theirs is delicious; a blend of two kinds of vanillas to make it taste better than you have ever had. Owner Mohan Kumar (who owns OddFellows along with his wife Holiday Kumar and Chef Sam Mason) says: “having a solid vanilla is key to a successful ice cream parlor.” So it would seem. 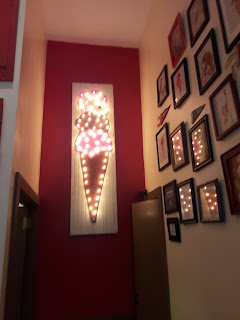 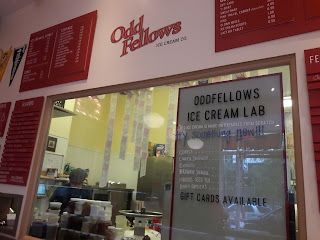 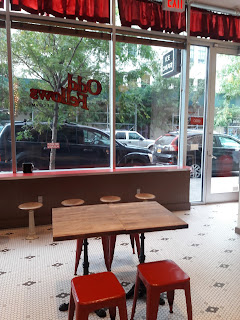 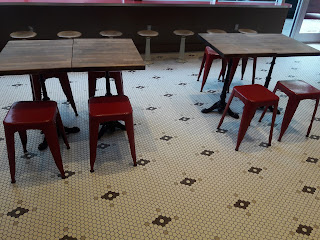 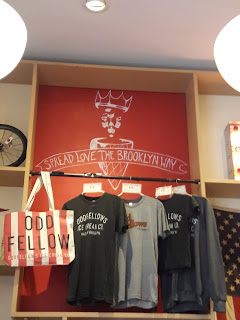 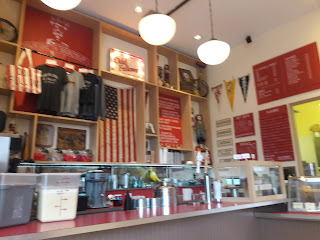 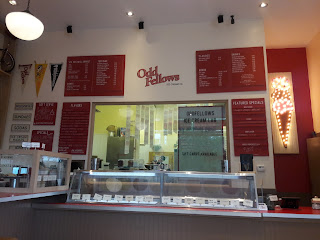 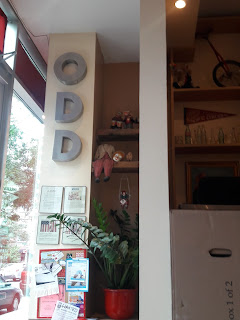 When you step inside OddFellows it is all that you would expect to see if you were to picture an old fashioned ice cream or soda shoppe. There are the brightly colored striped lined wallpapers. There is signage detailing the store’s name displayed all over the place. There are mirrors covering one or more of the walls. It is like a carnival and a circus came to town, opened an ice cream shop, but left the abused animals home.

Sticking true to their theme you can find any kind of sundae, banana split, floats, milk shakes, or cone you crave. I was having such hard time deciding between oatmeal cookie dough and lemon meringue pie. Both sounded interesting and I have never had either as an ice cream flavor. Happily, sampling is allowed so I tried the lemon meringue pie. GIRLLLLLLLL that was the jam! It wasn't too sweet or too sour. It had bits of pie crust all in the mix. It was so good I almost got it. But I decided to go the other way, without a taste test. 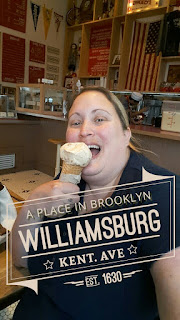 I opted for the oatmeal cookie dough ice cream in a sugar cone. I really wanted a waffle cone but I knew from past experiences that my eyes are bigger than my stomach. The sugar cone was just the right size. As for the ice cream it was perfection! I simply love when ice cream has chunks in it, be it nuts, fruit, or as in this case cookies. And these chunks weren't just in a few spots. There were chunks of cookies until the last bite of cone. That excited me greatly. The amazing flavor of the homemade oatmeal cookie engulfed the ice cream. I couldn't have been happier with my choice. It was satisfying on so many levels. 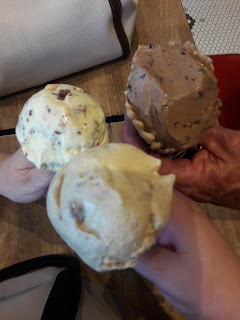 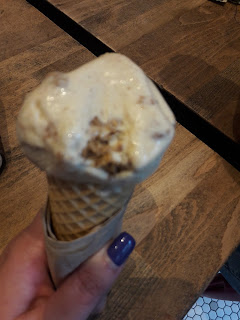 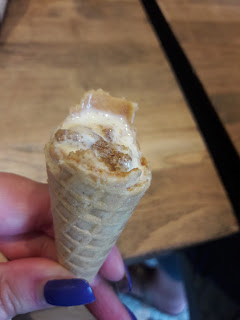 OddFellows has been open in Williamsburg since 2013 and back in 2014 their second store opened in the East Village.

The OddFellows story and their unusual flavors began in 2011 when Holiday was pregnant and craving all sorts of combinations like fried chicken and coconut water. While fried chicken ice cream is something that peaks my interest it is not currently on their menu. Rather they have strawberry, vanilla, and chocolate, along with twelve or so original flavors that change daily and vary in both locations.

I have to say OddFellows surpassed all of my expectations. I had no idea how much I would enjoy the combination of an inventive flavor, with the natural ingredients, and childlike atmosphere. I actually found myself craving one of the oatmeal cookies that were in my ice cream, the other day. I would have been happy with just the cookie. It was that good. The only other joints that can rival this experience is the Chinatown Ice Cream Factory in NYC (http://bit.ly/2xJzfYP) and Franklin Fountain in Philadelphia (http://bit.ly/2hB4W0O).

For someone that isn't a traditional ice cream devotee having three favorite locations isn't too shabby. I am just happy that my latest obsession is Brooklyn proud just like me.