For All the Pizza Lovers Out There: “Pizza Barn” 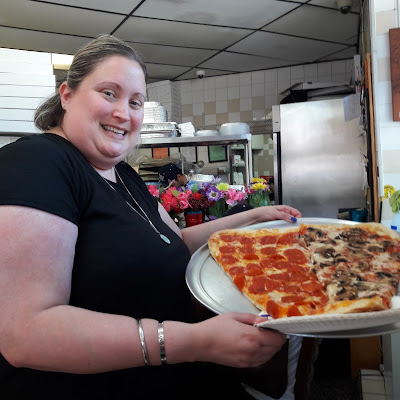 On June 2, 2017, a star was born. An Instagram star that is. That is what first introduced me to the “Super Slice” of pizza that is now taking social media by storm. It is as if they are a match made in heaven. Yes, Belinda Carlisle “Heaven is a Place on Earth”.

Such is the origin of my voyage to the Pizza Barn. 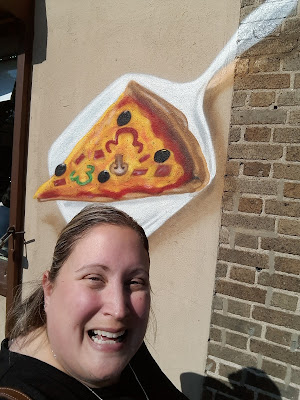 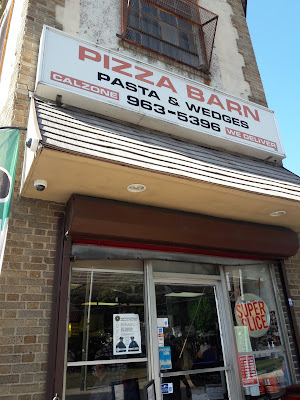 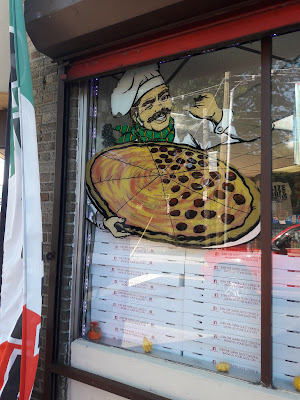 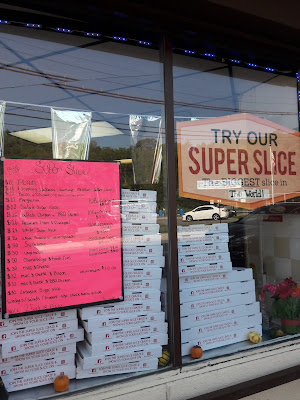 The Pizza Barn in Yonkers, NY is home to the “Super Slice”, a two foot long single slice of pizza. It is the stuff of legends, that is until June of last year. I have only know about it for a few months now after seeing a baby posed next to this gigantic slice. I was amused, as I love a creative photo, but also had to know where it was taken. Once I started following Pizza Barn on Instagram my desire to go there only increased. 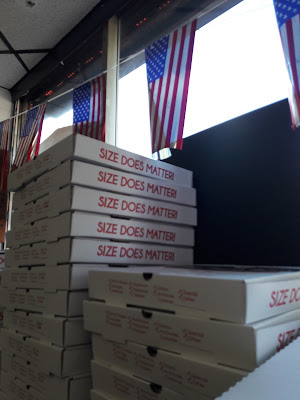 The Pizza Barn is owned and operated by the DeLuca family since it was opened in 1975. It has a small, unassuming corner location on a block where there are mostly automobile repair shops. Basically, the most unlikely of locations. 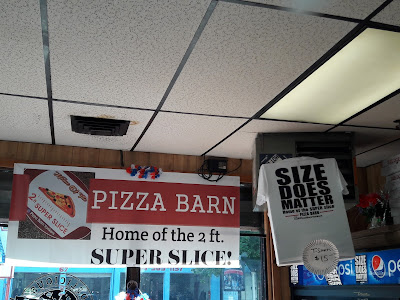 Creativity runs through the DeLuca family bloodline. The patriarch and original owner, Armando, was head of one of the first pizzerias to offer delivery service in the 1970s and his infamous Valentine’s Day heart shaped pizza, with “I Love You” spelled out I your choice of toppings, is still a best seller.

Armando’s son Angelo is behind the latest invention of which is this blog is about.

When I arrived I had expected (and was afraid) there would be a line around the block because of its popularity. However I arrived between 3-4 p.m. and that apparently was an accidental act of genius on my part for a Saturday afternoon. An hour or so later when I was on my way out the line I anticipated had begun to form. An employee was sent outside to monitor the crowd with a walkie talkie. That was a sign of the busyness to come that night.

Inside there are about five tables and I was able to get one for my party of four right away. Most people were coming in and taking their super slices to go. I did not see anyone order any regular slices or any of the other varieties of Italian specialties they serve. We all had one thing on our minds. 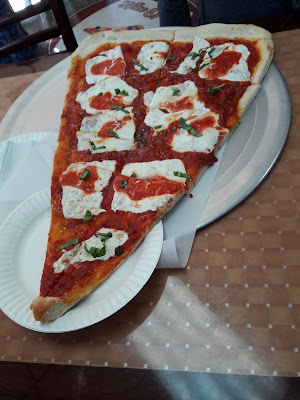 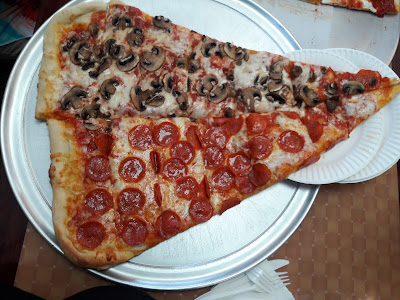 This was a first for me; I had no idea what kind of super slice I wanted to order. Normally when I anticipate a visit to a restaurant I have my order planned out ahead of time. But at Pizza Barn my mind was purely on my photos. I have seen so many good ones I didn't want the ones I took and posted not to be worthy of my journey here.

The list of toppings and combinations available are as long as the super slice itself so making a decision can be quite hard. I ended up getting half mushroom and half pepperoni and my companions got a Margherita pizza. Most around me had a regular super slice but I did see a few BBQ chicken and one Mac and cheese come out, all very interesting choices. If you plan it correctly you can have several toppings, including different sauces, on just one super slice.

The slices come out in about five to ten minutes, as they are prepared fresh as you order them.

When I went to the counter to retrieve my pizza I couldn't believe how heavy it was! All of the photos I see of everyone holding theirs upside down as they pose beside it, are incredibly deceiving. Also the super slices are cut up into individual small squares so you can eat it simply by tearing it apart. I guess you could ask for it not to be cut in that way but it would be a mess to eat otherwise. I loved that it was served on a silver tray as it is my belief that everything tastes better that way.

The only real problem was fitting two super slices on a table with four people sitting at it. It took a great deal of shifting and eating to accomplish this feat.

Prior to my arrival I had myself convinced I could eat an entire super slice by myself. I was hungry and adore pizza so it seemed reasonable. But as is typical for me, my eyes are bigger than my stomach. A super slice feeds two people with a few small slices left over, which taste even better when you go home and reheat them.

As for the actual taste of the pizza, I've had better. Although there was nothing really wrong with the quality. The cheese and sauce were good as were the toppings, especially the mushrooms. I seemed to like the Margherita slice better and maybe I would get that with mushrooms if I were to go back. The dough was a little chewy and the consensus was that it was a bit undercooked. That problem was resolved when I reheated the leftovers later that night which is why I think it tasted better then.

As a Brooklynite I have access to some of the best pizza in the world outside of Italy so I am a tough critic. Yonkers was a bit far for me to go for pizza considering I have a pizzeria on just about every corner of my neighborhood. But it was well worth the trip just to get my hands (and mouth) around the super slice.

The more you look at these slices the more unreal they seem.

The proof is in this video clip:

While Pizza Barn claims to have originated the “Super Slice” and maybe that is true for New York. But I have some info that might burst that bubble.

Philadelphia too has some big pizza news to share. The aptly named Big Ass Slices on Market Street is serving up pizza “that is the size of your head”.

To see what the competition has to offer:

As I am always keeping my eye on what I want to do next in the cities I often visit, I have had this tidbit in my back pocket for a while. I’ve yet to visit but it appears Big Ass Slices might be giving Pizza Barn a run for its money.

So it’s now official; size indeed matters, especially when it comes to pizza.