For Life, When in Newport: “Island Cinemas 10” 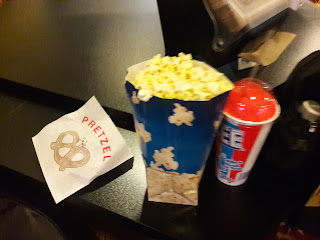 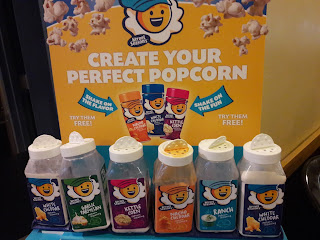 My life in Newport doesn't fortunately include staying in Newport. Even in the off season I can’t afford it and really it is not necessary. I always stay in Middletown, Rhode Island which is about fifteen minutes from Bellevue Avenue a.k.a. the main hub of Newport. That makes Middletown an ideal location for me. Reasonably priced hotels and every store or restaurant you can think of are all there waiting for you just as you get off the Newport Bridge. Trust me whether you stay at the Ramada, Holiday Inn, or any of your favorite hotel chains, they are all there waiting to offer you a good deal.

While in Middletown I did manage to get around pretty good. In the previous Newport post (http://bit.ly/2qGGEoD) I mentioned the Newport Grand Casino which is very easy to access, but for the second evening of my three day trip I managed to fit in a night at the movies.

I don’t often go to the movies because I am not usually interested in anything that is out. I prefer movies based (note yesterday’s Find Out Friday) on true crime or documentaries. However on this occasion “Unforgettable” was out and I am a fan of both Rosario Dawson and Katherine Heigl who were the lead actresses. Conveniently Island Cinemas 10 was close by and had showtimes that fit right into my schedule.

We got there a bit early so we sat in the theater’s lobby waiting to go in. It was very quiet for a Saturday night except for some young kids who were playing arcade games for a short time. After a half hour or so we were all set to go.

Despite having a delicious and decent sized dinner (food is coming up next) I had to get some popcorn. For me there is nothing better than movie theater popcorn. I  also had a ICEE slurpee- so old school. I opted out of pouring the hot, fake butter over my popcorn, you know for health reasons. But they had my favorite seasoning of all time!! I have no idea the brand name or what it is actual called but it comes in many flavors like ranch and cheddar and is powder you sprinkle over the popcorn. I haven’t seen that anywhere in so long. I know this sounds gross and it probably is but I love it. God bless science if nothing else but for the preservatives I am now addicted to.

The theater was mid-sized but had a bunch of movies playing at numerous time slots. By the time our showing ended I thought that we were actually locked in. Everything was dark and I think there was only one person left working up front. It was also a little too dark and secluded in the parking lot for my taste. Thankfully I am always a prepared New Yorker.

As for the movie itself it was actually, surprisingly good. Those ladies killed it…pardon the pun. Definitely a worth wild watch.