For Find Out Friday Week 36- Who was Amber Behind the Life-Saving Alert? 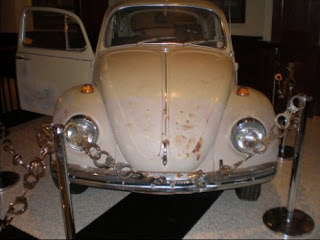 When someone can take a tragedy and turn it into a cause that saves other lives, I feel like that is the ultimate height of the human condition.

For instance John Walsh took the kidnapping and murder of his six year old son Adam in 1981 and created “The National Center for Missing and Exploited Children” in 1984, which has subsequently changed the way these crimes are tracked and how those involved find justice. Walsh also hosted “America’s Most Wanted” that hunted down the FBI’s most notoriously dangerous criminals. Talk about taking your pain and acting on it.

Another brave parent was Donna Norris, mother of Amber Hagerman, who was just nine years old she went out for a neighborhood bike ride on January 13, 1996, and never returned. Amber’s body was found four days later. To this day the murderer has not been caught.

At the time of Amber’s disappearance there was no notification system in place which Donna believes might have been able to save her daughter. If there had been a fast, effective way to notify police, the media, and the community about Amber having gone missing and what the vehicle and man who took her looked like things could have well ended differently.

I learned most of these details from a powerful movie I saw on the Lifetime Television Network. It was called “Amber’s Story” and debuted on September 4, 2006 staring Elisabeth Rohm (of Law and Order fame) as Donna Norris. This movie captures the agony of delayed information and how different life is like for the parents who kids went missing, not so long ago.

What remains burned in my brain still is how a devastated Donna screams that there is a system to notify us about dangerous weather approaching but not dangerous people. It is sad how many tragedies must take place for real change to form.

The Amber Alert was first established in the Dallas-Fort Worth area of Texas. Amber Hagerman was from Arlington, Texas, which is nearly the same jurisdiction.

While each state has its own criteria for issuing an Amber Alert (a.k.a. Child Abduction Emergency), the Department of Justice recommends:

In the twenty-one years since the Amber Alert was created it is estimated that over  eight hundred children have been saved as a direct result.

So the next time your phone buzzes with an alert please pay close attention as you could be the hero in one family's story. And less we not forget that family which paved the way.

Here is hoping Amber and her loved ones find the justice and peace they so deserve very soon.