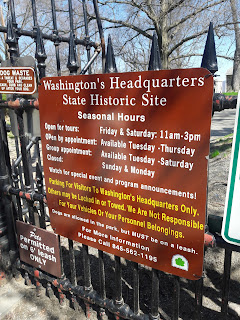 There is only one former president that has a name with the initials “GW” that I admire and his name was George Washington.

Ever since I read David McCullough’s masterpiece “1776” my appreciation of the Revolutionary War has been heightened. That masterpiece brought to life the strife and struggles that our then Commander-in-Chief went through as well as that of the soldiers. How they managed to continue to fight despite the limited amount of supplies, support, and while trudging through the elements is mind blowing. It almost sounds like a work of fiction but luckily for us Americans it is not. 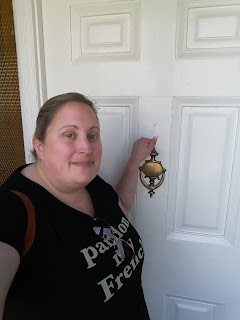 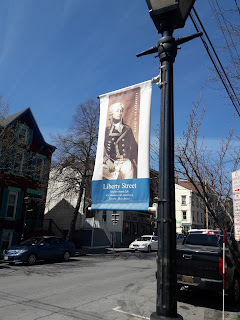 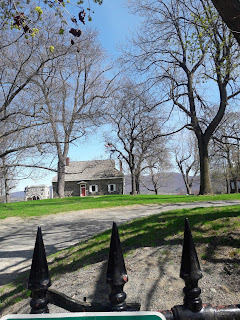 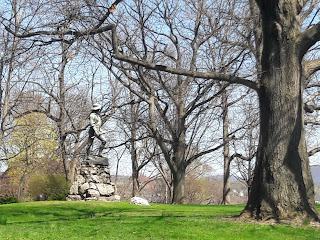 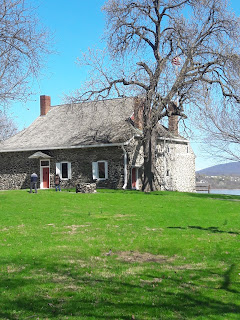 But recently I ventured to upstate New York, Newburgh specifically, to see the headquarters that hosted George Washington during the final year or so of the Revolutionary War. It was also the place where Washington stayed the longest of any place he governed during the war. Also notable it that it was from here, Washington wrote the infamous letters declaring that he would not ever become king.

The small stone structure, up until the point Washington arrived, was home to Mr. and Mrs. Jonathan Hasbrouck and their family. The family moved to another property in order for Washington and his staff to move in. It was a great sacrifice thus made only by true patriots. 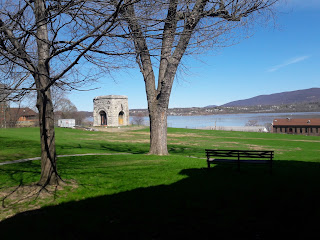 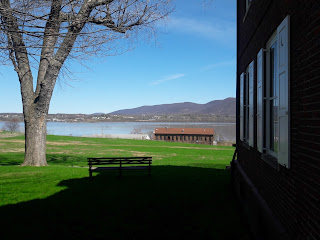 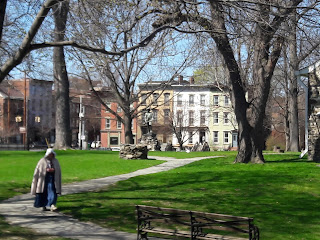 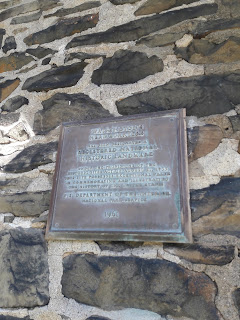 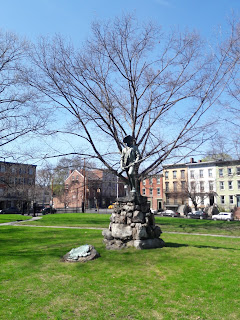 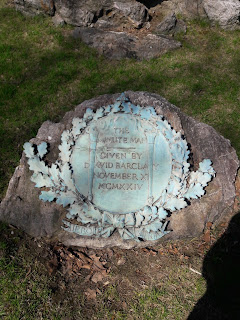 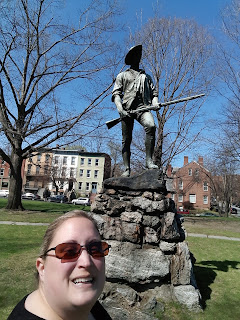 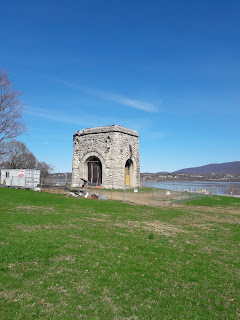 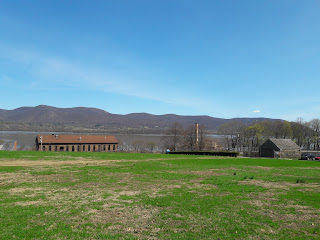 This small home had two bedrooms. One was used for George and his wife Martha, while the second as a dressing room. However if Mrs. Washington would have become ill she would have slept in the second bedroom to avoid spreading her illness to her husband, who was already under great stress. The main room had an enormous fire place to which warmed the entire home. This room also had a dining room table and would have been the place where supper would have taken place. Supper was eaten during the afternoon time, while dinner would have been a smaller meal later on in the day. During supper those reporting to General Washington would give him the news of the day and any updates from the day before’s get together. These were very much working lunches.

The other rooms of the house included an office, a room for where some of the top aides slept like boys away at camp, and a formal sitting room where the Hasbrouck’s would have entertained. The sitting room would have also been where General Washington would have met an official visitors. However the very main attraction was the foyer and its very special feature; a staircase to heaven.

A staircase might not seem like a fancy touch but in the seventeen hundreds a staircase indicated to those who walked in that you could afford a second floor, making you the Joneses everyone would want to keep up with. However what made this staircase my favorite part of this house was that there was no second floor!!! It led instead to a closet where the museum now stores its Christmas decorations. Apparently the Hasbrouck’s couldn't afford a full second story but what their neighbors didn't know didn't hurt them.

After the hour tour I took some time to walk the grounds and take in the breathtaking views of the Hudson River. The weather that day was beyond perfect for this tour. I could not imagine a better visit. 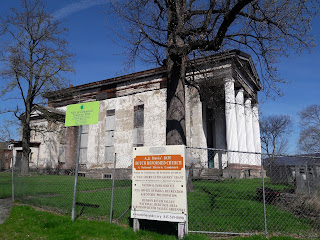 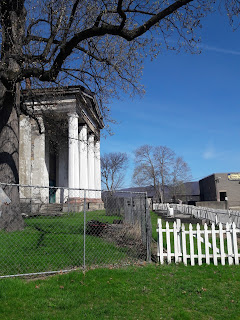 From here I drove about five minutes down the road to stop at the Dutch Reformed Church. It is currently under construction so I could not go inside but it is from the same time period as when Washington spent time in Newburgh and I thought it worth wild to pass by.

You can see how I worked up such an appetite for the next time on my itinerary, Billy Joe’s (see previous post).

While there are still many other historical sites affiliated with George Washington I would still like to see, I believe next on my list will be to visit his headquarters/museum in New Jersey.