For Find Out Friday - Week 33 How Did We End Up with Income Tax? 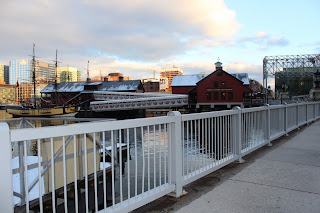 As I prepare for another trip to Newport, Rhode Island (http://bit.ly/2nMZmpw) income tax is on my mind. The connection might not seem obvious but when you consider the many “summer cottages” once owned by Vanderbilt’s (http://bit.ly/2mDtmr0) and the like I plan on visiting were built prior to those laws, you can see where I am headed. It seems like a world ago because well, it was.

How much do you know about taxes, income or otherwise? I feel like most of us know that we pay them, they take huge chunks out of our paychecks, and hopefully some gets returned to us the following year. But we are about to find out much more right now.

The very first income tax came about in 1861. It officially fell under the Revenue Act of 1861 during the first year of the Civil War, which why money needed to be raised in the first place. However it only remained active for one year. 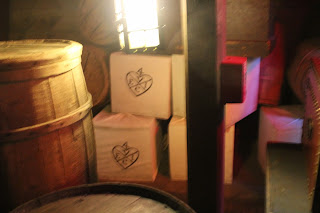 As you’ll recall this wasn't the first time taxes had been imposed on Americans. There was the Stamp Act which gave us the most amazing phrase: “no taxation without representation”. This motto is so embedded within our culture a form can be found on license plates registered in Washington D.C. area. Most notably there was also that attempt to tax tea that caused quite a big huff in Boston.

In 1862 the Internal Revenue Act was passed which created the Bureau of Internal Revenue (now known as the IRS). This agency would become one of the most hated in existence. I once met someone who worked for them and said he usually lied when he met new people about where he worked to avoid hearing their grievances. I was only privy to this information because at the time I worked for another unbeloved government agency.

The next major legislative move regarding personal income tax was the Sixteenth Amendment passed in 1909. This law officially set in place a federal system for income taxes that remains intact to this day.

The president in 1909 was William Taft and it was his goal to see that those with higher incomes paid taxes proportionally so that poorer individuals weren't shielding the burden. The government could no longer solely rely on tariffs and taxes on goods to run the country.

President Taft’s system was two tier; the first was for personal income and the second was for businesses.

Coming from Britain, the founding fathers had been against income taxes but as the country grew and the Civil War loomed, there simply wasn't enough funding to sustain us.

While I curse the fact that The Breakers (which was built in 1893) is a home not even members of the Vanderbilt family could afford to build today, I know it was the right decision. Especially when I know the money is used for our nation’s defense, veteran’s affairs, education, healthcare, and retirement. No matter your politics your government needs your contribution to provide the things society has come to rely on.

Personally love touring the homes of a glorious past will continue to be a hobby I enjoy, but they are relics of a bygone era where personal finances were focused on the individual. But that is not the nature of a true democracy. Although I get that some days paying taxes feels as useless as throwing tea in the sea, but significantly less fun.

So remember as April 15th approaches, you must file your personal and corporate income taxes unless you have already filed for an extension with the IRS.