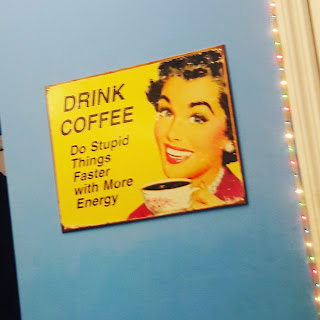 On July 27, 2015 a new coffee shop opened in Glendale, Queens and I heard about it from more than one person. Neither the title nor the glimpse of the outside of this cafe will give way to the nuance that lies inside. For what lies inside was worth my trip to Queens today. 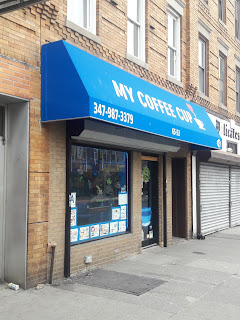 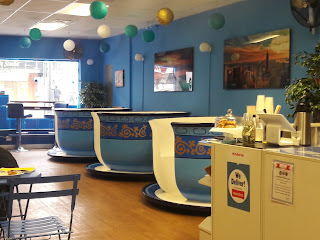 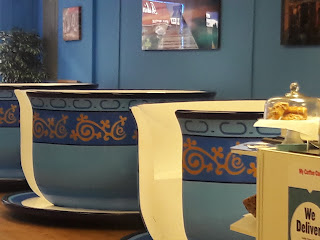 My Coffee Cup seems like an ordinary cafe and they have a wide array of menu options. While the strawberry smoothie I had was tasty as was my mother’s ice cream sundae, these were not the reasons for this visit. Rather we were here to ride the teacups. Yep just like Alice in Wonderland. Or Disney World, even though I skipped that ride when I was there. 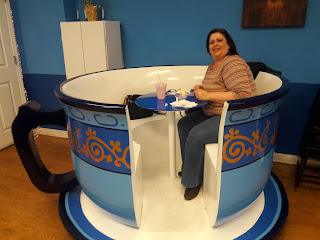 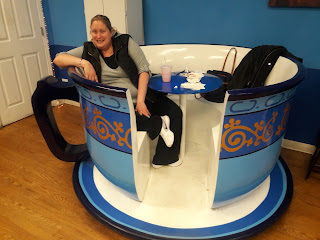 I do not know why but this restaurant has giant tea cups that appear as though they are on saucers with a table in the center that look as if you could spin them to create movement. There are a few booths for sitting inside and regular tables outside when the weather permits. But I had to sit in the teacup and was thankful that when I went to sit, I fit in it. 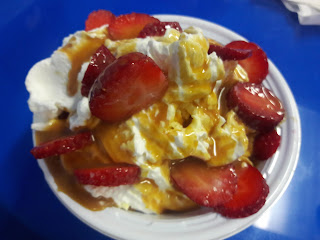 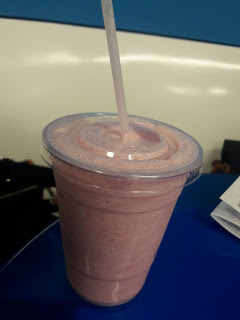 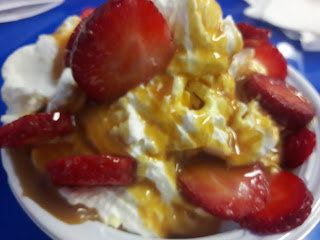 The teacups do not move around, which is good considering this is a place where you are eating and drinking and do not necessarily want to get motion sickness. As it was a Friday afternoon it was quiet and only one other table was occupied when I arrived. This was a great relief to me as I know weekends can be pretty packed. In fact tomorrow they were closing to host a bridal shower. Odd but fun I suppose. There is limited seating, however.

Although this visit was brief it was fun to see something that others probably have not. It makes my pictures and social media that much more interesting. It just goes to further prove that I truly am, The Queen of F-cking Everything.