For the “Dough” in Doughnuts 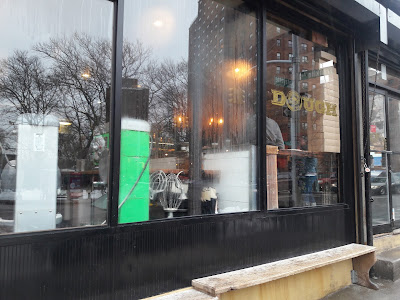 As the years have gone by I have gotten increasing amounts of suggestions from just about everyone about places I just must get to and the foods I have to try. While they are not all necessarily on my official to do list I do keep them in the back of my mind, especially once I hear the same names over and over again. Dough Doughnuts was at the top of that list.

While I am not a huge dessert person a doughnut can usually peak my interest much more than say a cupcake.

I have sampled quite a few of the most popular names in doughnuts and I have my favorites. But I have heard time and time again that when it comes to Brooklyn and NYC, Dough is the best of the best. I was about to find out for myself.

This past weekend I took a drive by for a quick stop in to buy some dessert for a coffee clutch I was having later on that evening. The shop is a small store on the corner of the block and stands there quite unassuming. The only real problem I had getting in was the very steep steps and a door that you push in. It may not sound like it but it made for a rather awkward entrance. 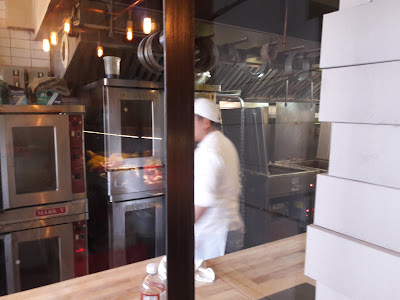 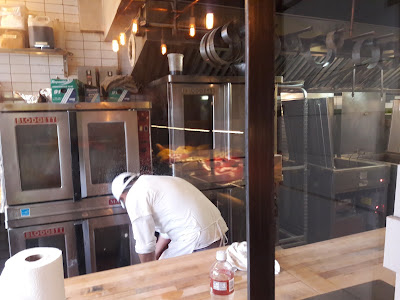 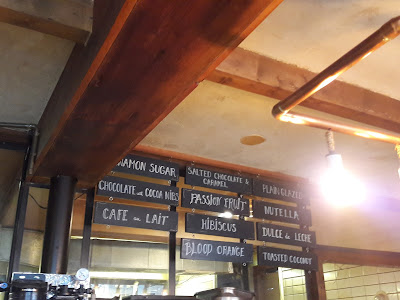 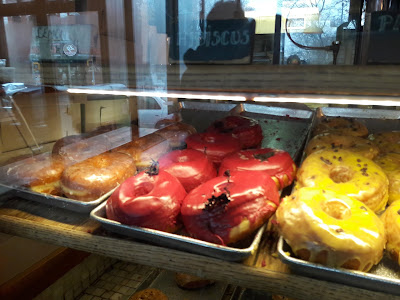 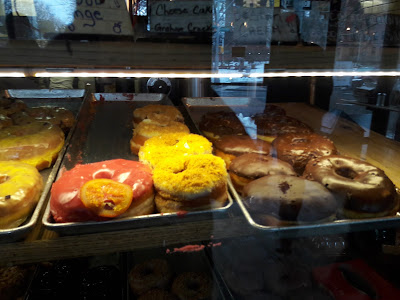 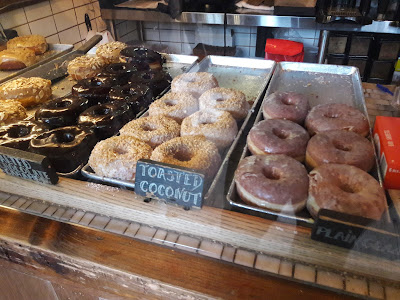 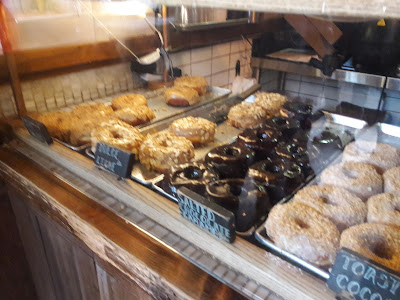 Once I was in, I stood in front of the glass case that held these famous treats debating what flavors I should choose. It seemed like each variety was continuously coming right out of the oven. Always a good sign when the product is continuously moving. 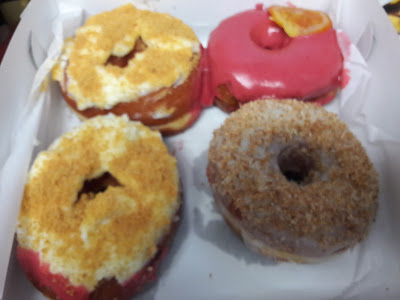 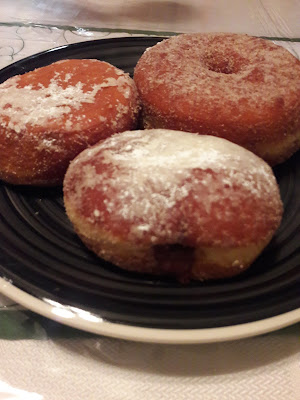 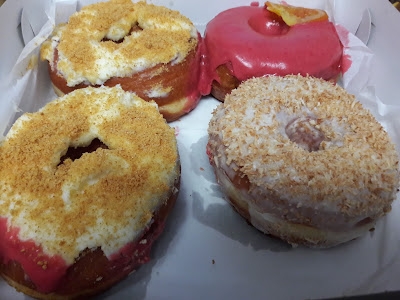 Ultimately I went with blood orange (because I am a totally whore for blood oranges which are only in season this time of year), cheesecake (because I felt like a Golden Girl), toasted coconut, Nutella, and cinnamon sugar.

When it was officially taste testing time we were all amped up. The smell emanating from the box had taken its toll. We cut them all up into pieces so that everyone could taste a bit of each flavor.

I had the toasted coconut and it was good, although it’s a had flavor to screw up.

Next I dove into that blood orange and I was pleasantly surprised. It tasted way better than it looked. It wasn't too sweet or overpowering with orange flavor. But it was pure blood orange heaven.

All of the doughnuts were void of fillings so the flavor was coming from the frosting. The base batters seemed the same to me.

I am not a huge Nutella fan but it was good and the only exception to the filling note. It had powered sugar on the outside which was a little dry.

As for the cinnamon sugar, this was the most disappointing which was also the reason it was the most surprising. My friend that chose it adores cinnamon in anything. It is her favorite flavor. When she had a taste she said it was good and then I took a bite. I said something all the lines of:“oh my God this is awful!” Well, it wasn't really awful so much as not cinnamon sugar adjacent. There was no cinnamon flavor whatsoever and while it was covered in sugar it wasn't the slightest bit sweet. It was dry as f-ck on the inside and I was in awe. I couldn't believe how disappointing it was. 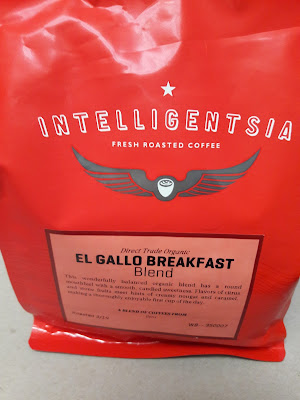 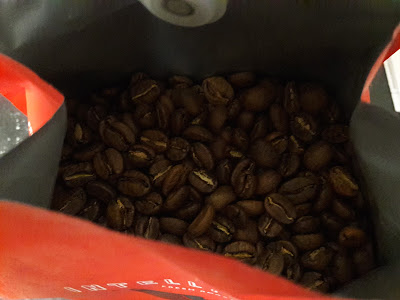 Doughnuts aside, I think the most successful part of my journey to Dough was being able to purchase a bag of coffee from Intelligentsia, a place I loved way back when it was only available at their shop in Chicago. It was one of the first things I did during my first trip there in 2007. 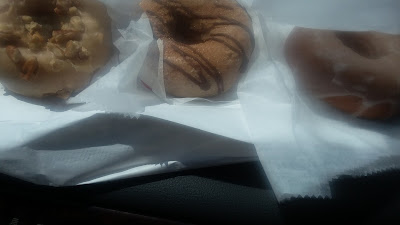 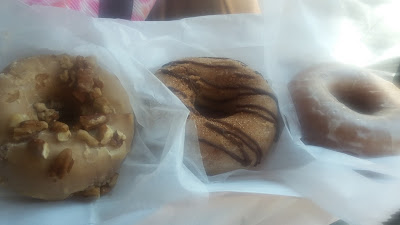 Most notably Federal Donuts a Philadelphia staple that simultaneously sells fried chicken. I suppose its in a similar genre of chicken and waffles. If you read that post you’ll see I wasn't a huge fan. 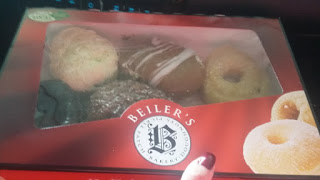 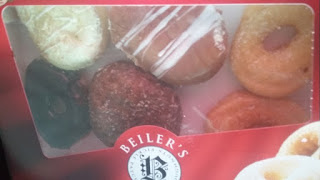 This was in stark contrast to my feelings about another Philly hotspot Beiler’s Bakery, located in Reading Market. The line around their stand in the Market seems go on forever but it is well worth the wait. 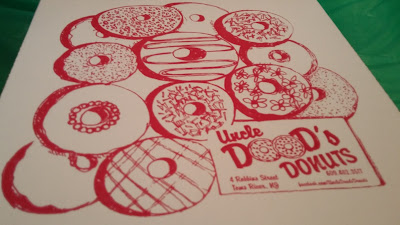 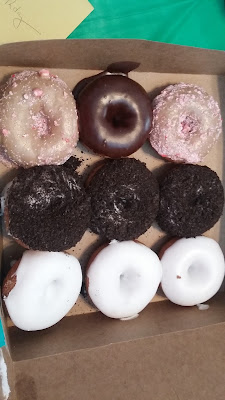 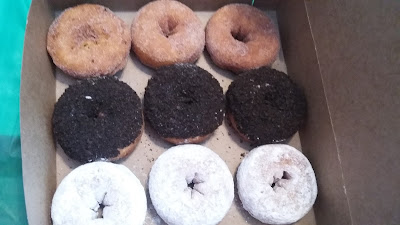 Uncle Dood’s Hand Dipped Donuts are located in Tom’s River, New Jersey and while I have never visited the shop, they were brought to my thirty-fifth birthday party. They receive an honorable mention here because I never had a chance to give them a proper blog, although they warranted it. They are the yeast donuts, the ones that are heavier, and more like circular cakes than they are donuts. They are not the kind of donut I would ever pick out for myself but they smelt amazing and I was curious. I let my nephew pick my flavor and he picked the one he was loving. Officially called Vanilla-O, it was a chocolate donut with vanilla icing and Oreo cookie crumble on top. Again not a flavor combo typical of my tastes but I was stunned. They were delicious!! Not too heavy or too sweet. I felt like Goldie Locks, they were just right! So thanks Uncle Robert and Aunt Joanie for turning me onto them. 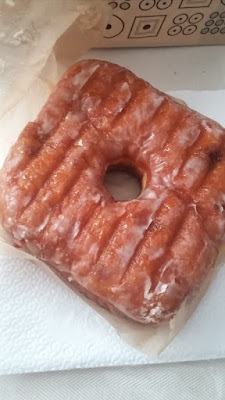 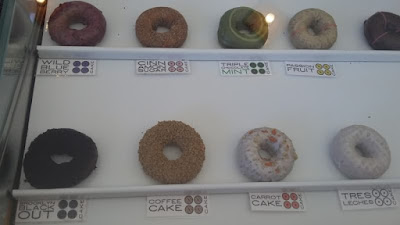 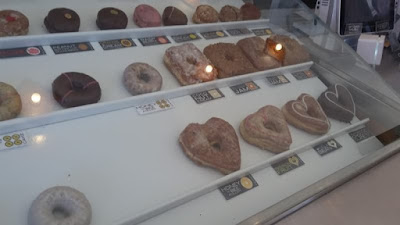 However my true doughnut love lies with another New York institution, Doughnut Plant. I first visited Doughnut Plant’s original location in 2011 and I have never looked back. In fact I feel like I should receive commission for all of the devotees I have inspired.

I went to their new Brooklyn location in 2016 and yes it warranted another blog post. Besides their innovative flavors, it is the homemade jams and cremes in the center of their creations that continue to mow me over. Coincidentally as we were eating Dough’s we were all talking about our favorites at Doughnut Plant.

Just today I read an article on Insider that listed the top fifteen doughnut shops in America. SPOILER ALERT-Dough was listed as number one. Clearly I have some different thoughts. My tasting partners agreed with me. As a group were underwhelmed. We all agree that Doughnut Plant is far superior but Insider did not agree, listing them at number four. I would love to meet their pollsters.

For now I will stick with mine and probably run out for the strawberry and pistachio flavors Doughnut Plant will be premiering this Friday. Save to say they will satisfy and delight.