For the intriguing story of Justice Thurgood Marshall 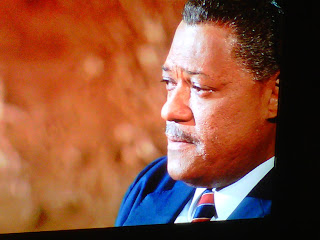 This is a first- blogging about something I wasn't present for, however I almost forgot that. I am not in the habit of reviewing and recommending recordings from my DVR however this needs to be the exception. Back in February ( I know I am behind) HBO aired its taping of a one man show on Thurgood Marshall’s life. It was filmed in D.C. and was originally on Broadway from April – August 2008 starring Laurence Fishburne as Thurgood Marshall. Mr. Fishburne is electrifying in this performance. He is so natural in his character that there is no trace of him “acting.” He is present in the story telling. It’s as if he is really Thurgood Marshall up there retelling his life and reliving all of these events. Mr. Fishburne is unshakeable even when being interrupted by late comers in the audience- why are these the people who always have seats in the first rows?? I am a firm believer in never allowing in latecomers let alone during a filming but I digress.
Mr. Fishburne is so incredibly captivating and commanding on stage. He doesn’t even work up a sweat despite the intense lighting and talking straight for 2 hours. He simply takes a few sips of water ever so naturally every once and a while and seems to exert no energy in this performance which is so remarkable given the stamina it must have took. His clear and passionately voice had utterly convinced us that Thurgood Marshall is here with you and wants you to know the details of his life.
Despite telling what could be a very long story about a life with so many impactful moments, the story flows effortlessly from one topic to the next. The stage is relatively bare. There is only one long table and a few well placed chairs. There is a briefcase holding documents that Thurgood will read aloud to us as if in the moment of arguing one famous case or another. The lightening and direction are impeccable. The screen behind Thurgood subtly changes from one moving image to another depending on the part of the story. It does not over power or distract us from watching Thurgood move about and speak. It merely illuminates the given topic whether it be the K.K.K. or the Supreme Court. It’s genius.
When we get to the verdict in the case of Brown v. Board of Education (segregated schools are inherently unequal), we are treated to a taped recording of Chief Justice Warren’s decision, followed by the signatures of all Supreme Court members on the screen. It was a long time coming in his life and in American culture. It is a very powerful moment and Thurgood (who was actually standing in the back of the Court that day) listens again with us and it’s like the first time. You feel like you are standing next to him when he hears the verdict. It gives you chills and you’re not in either room. 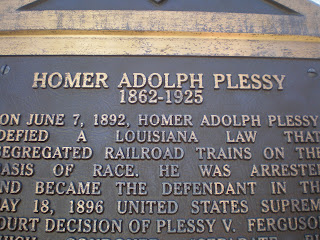 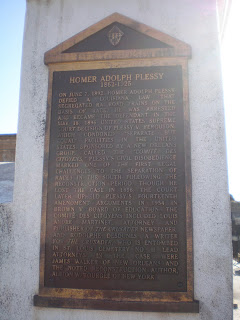 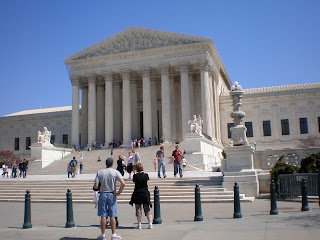 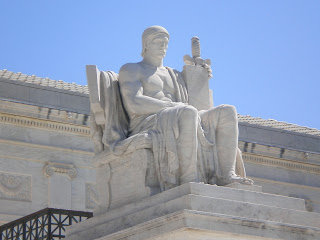 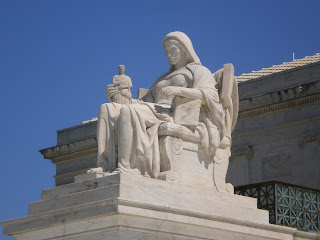 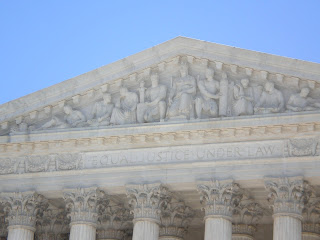 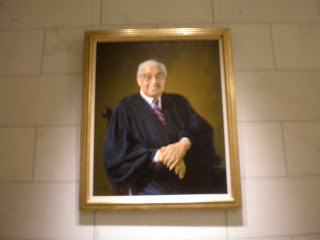 Thurgood transforms a lifetime before our eyes, aging seamlessly. The end of the show is simple but thought provoking and significant. I was sorry to see him go but grateful for the time he existed both in real life and on stage. He is so honestly and wonderfully portrayed, including the good and the bad, that I believe the real Thurgood himself would be proud.
For information on this show and to look up future airtimes, please visit:
http://www.hbo.com/#/movies/thurgood/synopsis.html
HBO is on a roll filming one person shows:
1.      Will Ferrell was on Broadway performing his infamous SNL characterization of President George W. Bush in “Your Welcome America” from February- March 2009. It was filmed and aired on HBO shortly thereafter. 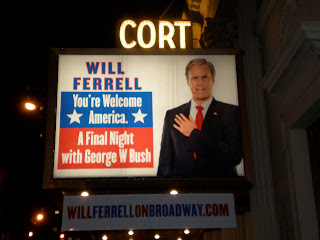 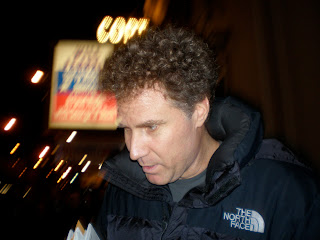 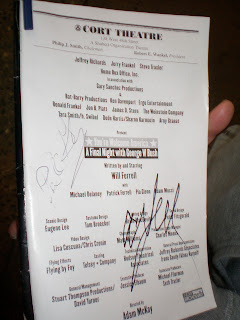 For show information:  http://www.hbo.com/comedy/will-ferrell-youre-welcome-america/index.html#/comedy/will-ferrell-youre-welcome-america/synopsis.html
2.      Carrie Fisher’s “Wishful Drinking” was based on her memoir of the same name. This show was on Broadway from October 2009- January 2010.
For show information: http://www.hbo.com/documentaries/wishful-drinking/index.html#/documentaries/wishful-drinking/synopsis.html
3.      Colin Quinn is up next, premiering Saturday March 9, 2011 at 10pm. This show, “Long Story Short” was on Broadway November 2010- March 2011.
For a preview of Colin Quinn’s Long Story Short, please visit:
ttp://www.hbo.com/#/comedy/colin-quinn-long-story-short/video/preview.html/eNrjcmbO0CzLTEnNd8xLzKksyUx2zs8rSa0oUc-PSYEJBSSmp-%20%20%20%20%20%20%20%20%20%20%20%20ol5qYy5zMXsjGyMXIyMrJJJ5aW5BfkJFbalhSVpgIAXbkXOA
Oh how I wish more shows were filmed and aired for all to see. I guess we will have to wait and see what is up HBO’s sleeve next.