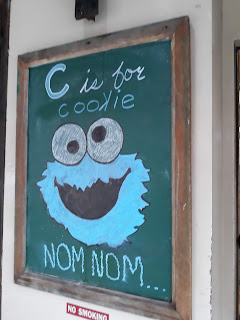 When looking for an afternoon snack, sure you could choose something like a protein shake or piece of fruit, but what fun is that?

I am notoriously a fan of salty foods and snacks alike, however, every once in a while I don’t mind a little something sweet.

So if I am going to indulge in something sweet I want it to be of high quality.

Here are the four places in the New York area that I have tried. As you will see, two were already on my radar but their other two came as a surprise to me. 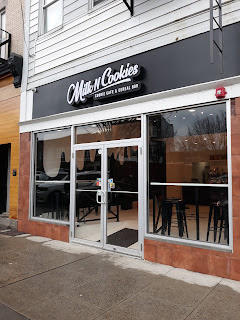 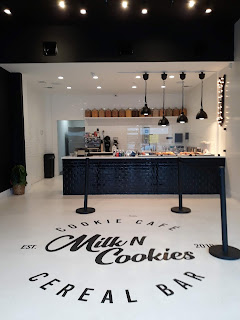 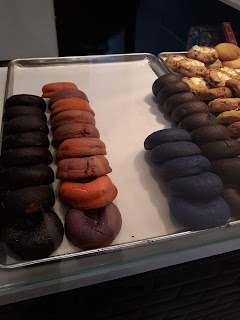 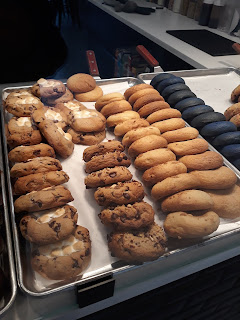 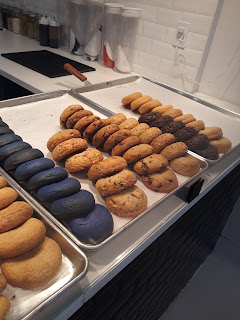 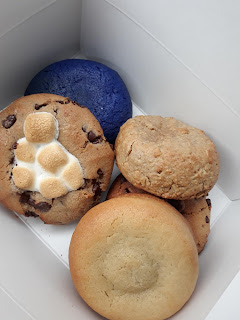 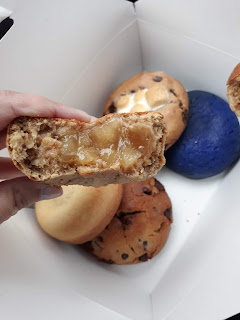 Located in Mamaroneck, New York, I stumbled on this sweet little shop almost by accident. I was in the area and simply Googled “cookies” and then “donuts”. It turns out that was the best way to describe the snacks you will find here.

At the time of my visit in late March, they had only been open a few months. A young teen was working behind the counter of this family run business that is promoted as: “premium baked cookies as well as a full cereal bar in which customers can infuse the cereal of choice into ice creams and milkshakes or even just have a bowl of cereal just as if they were home.”

I tried four of their “stuffed” cookies that each had the weight of a small cake. I don’t remember the flavors of three of them because they all seemed to have chocolate or cookie dough in them. However, the one that stands out in my memory is the oatmeal apple pie crumble and that is because I loved it. Though it was heavy and I only could eat half, it had a really great apple pie flavor. There were chunks of apples and it wasn’t overly sweet. It was a really great cookie/pie hybrid. 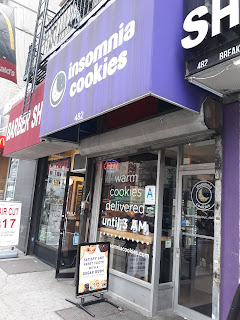 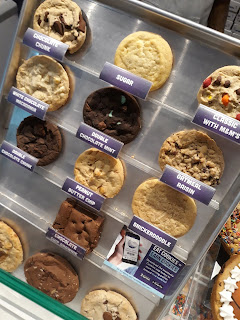 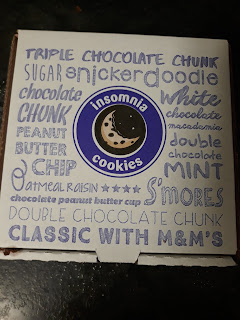 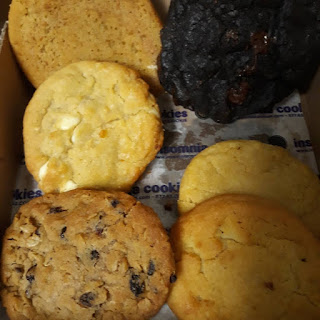 I first referenced my desire to visit Insomnia Cookies during a Find Out Friday back in February of this year (https://bit.ly/2Ia1VhE) when I was discussing, what else, but insomnia. It has also been on my annual to do list since (https://bit.ly/2WatoF2) year five aka 2015/ 2016.

Founded in 2003 in the University of Pennsylvania door room of owner Seth Berkowitz, there are now over one hundred locations. Naturally they are mostly located near college campuses.

Well, now that I have finally tasted the cookies I have so longed for, I am back to craving them again. They are by far the favorite of all the treats listed here. The only other cookie I have ever enjoyed this much were the compost cookies from “Milk Bar” (https://bit.ly/30G284y).

I tried six cookies from Insomnia Cookies and I would like to tell you that I took a few bites from each just to taste them. That is not even remotely true, though that was my intention. However, because they are the perfect amalgamation of the thin, crunchy, and chewy cookie we all dream of, they went right down. Even the chocolate ones - not nearly a favorite flavor in any variety of mine - I just couldn’t resist. I HAD to have them.

I am almost afraid to ever have them in my vicinity again because I know I will have no self control, a feeling I normally reserve for popcorn or Pringles potato chips.

FYI - The snickerdoodle was my favorite, favorite. 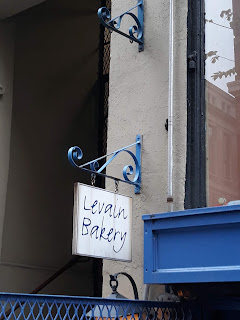 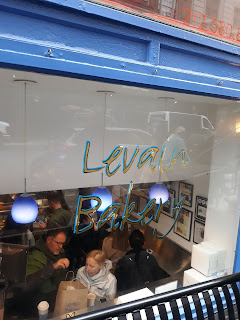 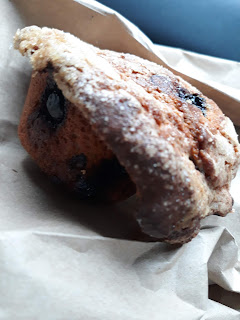 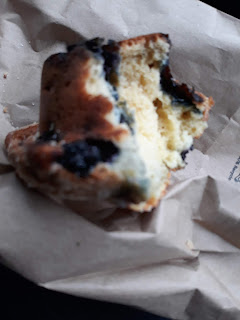 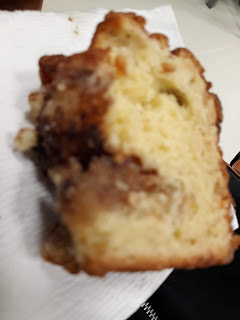 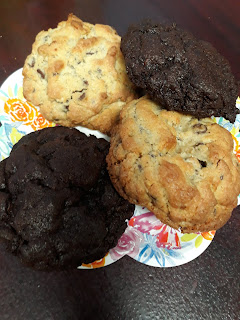 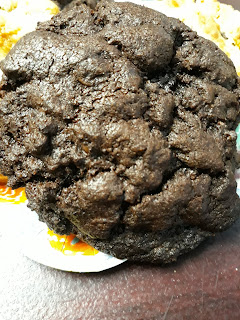 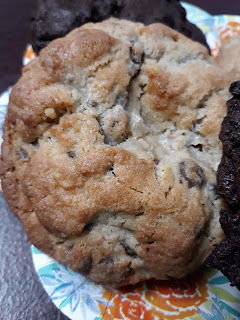 The only thing I was more disappointed in than the food, was the shop. Levain is incredible small (though there are several in the surrounding area) and the line went up the steps as this tiny place was below ground.

I was surprised by the amount of choices there were including personal pizzas which no doubt got my attention. But I went for breakfast so I tried a blueberry muffin and slice of sour cream poundcake. I took two chocolate chip and two dark chocolate chip cookies to go.

The muffin had a lot less “stuffing” than a typical muffin so I thought I would like it. But it was stale and had no discernible flavor. The pound cake was only slightly better. I took about two bites of each before I was done.

The cookies faired way worse. Their heftiness is reminiscent of the aforementioned “Milk N Cookies” but their taste was much less flavorful. There were walnuts in both varieties which I didn’t mind but didn’t seem to help the flavor factor. I actually had to spit the cookie out. It wasn’t even worth the calories to see if another bite would have swayed my opinion. Keep in mind these are their signature cookies.

This bakery first opened in 1995 and at first was primarily only focused on bread. This makes me think I should have gone with my instincts and tried the pizza. It was #pizzafriday after all. 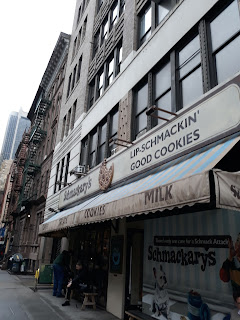 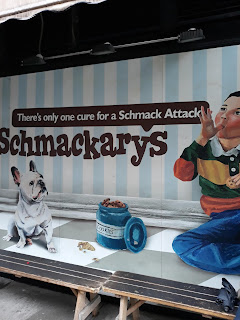 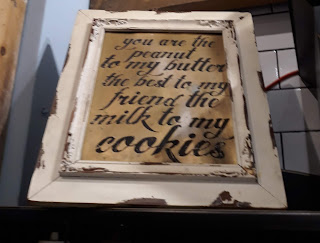 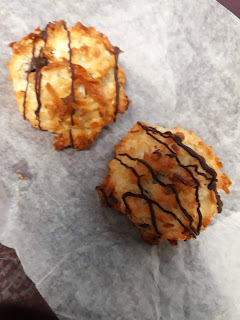 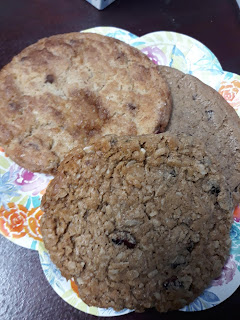 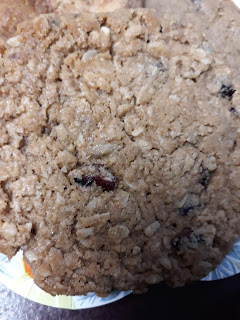 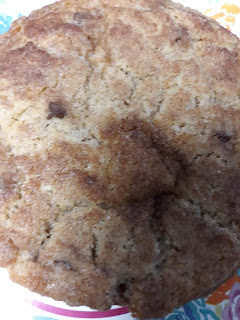 Coincidentally I went to Schmackary’s on the same day as Levain Bakery. I had only heard about this place because a close friend had been several months earlier. In another coincidence, I was trying nearby “Nizza Pizza” (blog pending) and had to walk past this bakery to get to my car. I decided I had to try it for comparison sake.

Schmackary’s was at first an online delivery business created by owner Zachary Schmahl, a Nebraska native. The storefront I walked into was opened in 2012.

The macaroons were okay but I didn’t like the chocolate drizzle on top. The “Yogi Bare” was okay too. I liked the chocolate chip and the snickerdoodle as they were thin and had a bit of crunchy chewiness about them but they still pail in comparison to their counterparts at Insomnia Cookies.

So there you have it.

While everyone clams to have created the prefect cookie, only a taste test can show you what is worthy of the hype and calories.