For Little Italy in the Bronx: “Arthur Avenue; Part I” 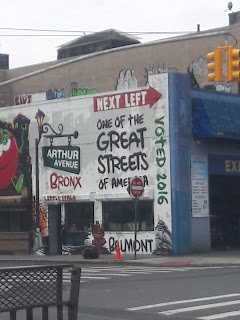 The last time I was on Arthur Avenue was at least fifteen years ago. I have no idea where I ate, but I know it was Italian food (obviously) and that it was good.

So this time around I wanted full control over my visit and that is precisely what happened.

As I was researching my blog for a #FindOutFriday (https://bit.ly/2Mqtl2T) I began to learn a lot about Arthur and the Avenue named for him.

That is when I remembered a classic Real Housewives of New York City episode, where the ladies had a classic interaction but this time while eating in the Bronx.

The most infamous moment of that season nine episode can be seen below.

While this clip (pun intended) isn’t really about the food, the ladies were dining on Arthur Avenue and when I searched for the name of the restaurant I found my lunch spot; Zero Otto Nove.

The name Zero Otto Nove literally means zero eight nine in Italian and represents the area code in Salerno, Italy where the family who owns it is from. Their devotion to their native land doesn’t end there. 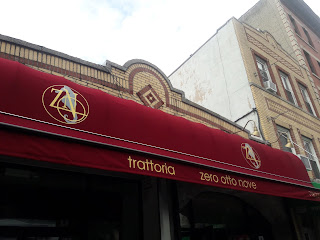 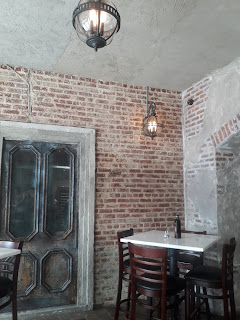 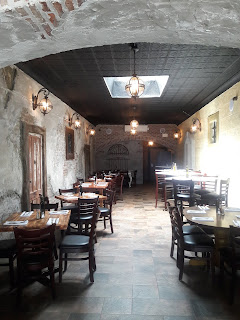 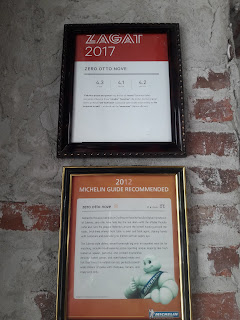 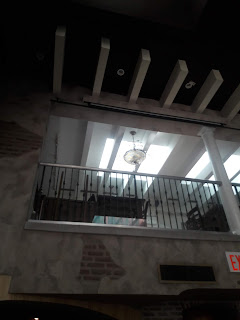 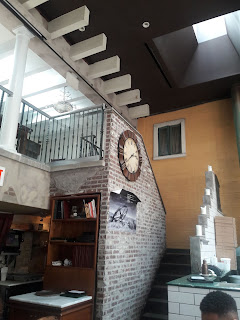 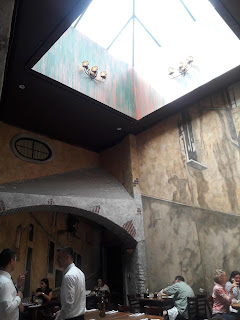 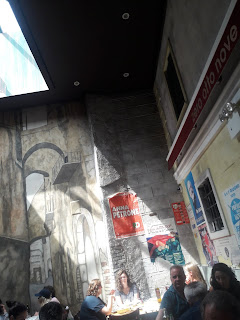 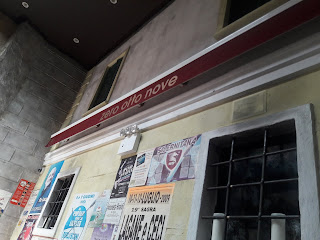 Once you walk through the very cool grotto looking hallway you enter the back room of the restaurant. Then you seemingly appear outside again. You are instantly transported to an outdoor eatery in a square in Salerno. If not for the appearance of the second floor of the restaurant you would have no clue you are indoors, nonetheless in the Bronx.

I was immediately in love with the brilliant decor. It happened to also be a particularly beautiful day with mild temperatures and a cool breeze - a break from what the weather that preceding week had been like. This combination made the room all the more alluring.

As you can see from the video I took, this three hundred and sixty degree view depicts how wonderful the atmosphere was, something I feel pictures alone cannot probably convey.

I was busy taking it all in but was with a hungry crowd (of four others) so we got right to the business of ordering. 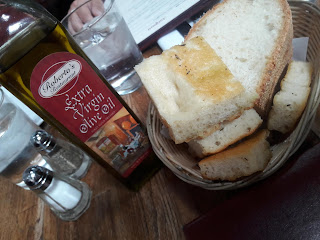 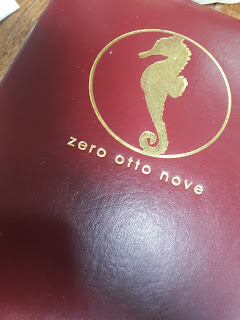 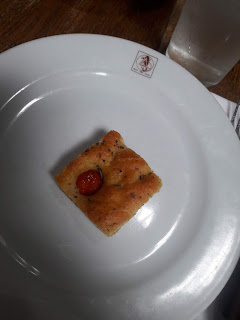 We started with a caprese pizza (topped with fresh mozzarella, cherry tomatoes, and arugula) as an appetizer. 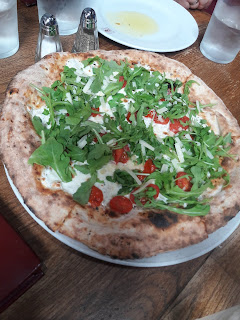 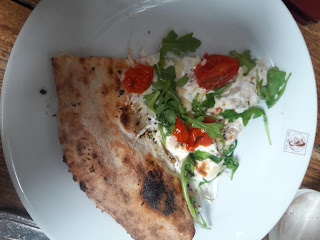 This thin crust pizza was delicious. I would have been happy eating an entire one as my meal. But those who follow my #pizzafriday will not be surprised by that.

The pizza had the perfect amount of sturdiness while maintaining a light, airy quality. It was the kind of appetizer that still allows you space to enjoy the rest of your meal.

Deciding what to order for an entree was a much harder matter.

Ultimately I went with the pasta al forno which is baked rigatoni with meatballs, sopressata, and mozzarella, served in a tomato sauce, although in my version I omitted the egg. 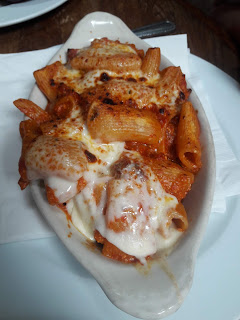 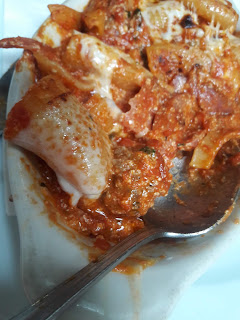 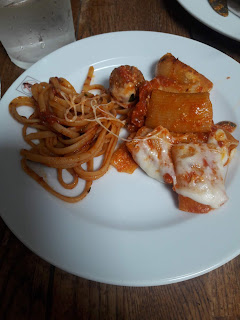 I am glad I was sharing this dish because it would have been way too heavy for me to eat in one sitting but boy was I impressed. I had this meal almost two weeks ago but still talk about it on a regular basis.

For starters the rigatoni was LARGE and in charge. I guess I am use to store bought  sized pasta but this was the real deal. The freshness was something my ancestors would have taken for granted.

The mild tang of the Soppressata blended nicely into the sauce. The meatballs were unreal!! I am not a big beef eater but these were the best I have ever had!! I am constantly dreaming of them. I have no idea how these small balls of meat, that were nice and dry on the inside, but rich in flavor on the outside, managed to do the trick but they made the entire dish. I only wish there were more!

The only other dish I tasted was the linguini alla puttanesca served on a tomato sauce base with black olives, capers, and anchovies. Once again I am not a fan of the last two ingredients but this was incredibly tasty. I could have easily eaten the entire thing. That appears to be the theme at Zero Otto Nove. Whatever they are doing in their kitchen must be magic. 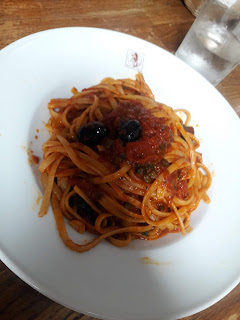 My other two dining companions had dishes that were also easy on the eyes and I am sure on the tongue, and based on their happiness level with their meals. 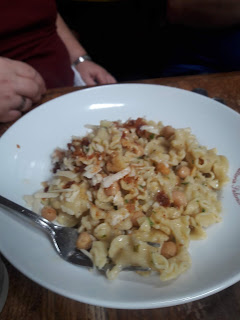 The second remains nameless for the moment because I cannot find it on the menu, so it might have been a special. It had a pork chop, piece of steak, veal, and chicken, I believe. 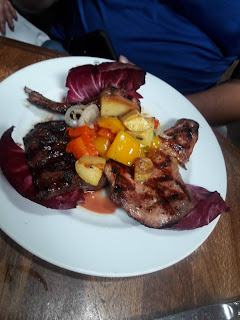 Though I only spent one afternoon at Zero Otto Nove, it confirms everything I had read about it. The food, the service, the environment, is all superb. I have been planning my return all the while contemplating what to order next time.

Of all the restaurants I visit this will remain high on my list for a long time. I yearn to become on a first name basis with owner Roberto Paciullo. Until that day comes upon me I will continue dreaming of Zero Otto Nove.