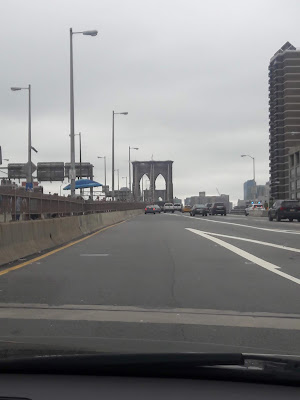 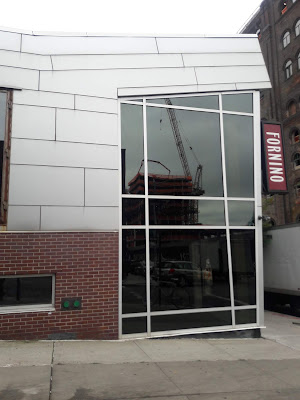 Fornino opened back in 2004 and now has three locations: Williamsburg, Brooklyn Bridge Park, and Greenpoint.

Two weeks ago on the way back through Brooklyn from Manhattan, I visited their shop in Williamsburg which isn’t far from their other store in Greenpoint.

I was having lunch with my father, an infrequent blog partner, so it was a nice treat. This Fornino’s happens to be across the street from the old Domino Sugar factory which is under some kind of renovation, and that was a thrill for the old guy. 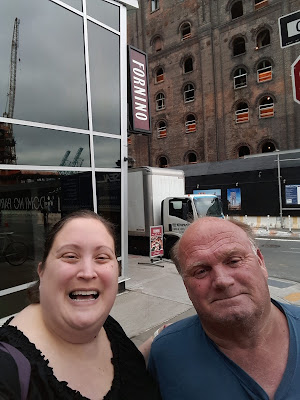 This location has the largest wood burning stove in the city, which is now used in conjunction with the full sized kitchen downstairs from the seating area. The menu features many pizzas but also an array of gourmet sandwiches and side salads. For anyone interested, there is also a full bar.

What I noticed right away when I walked inside was how beautiful the restaurant is. I was captivated by the giant light fixtures. I was snapping pics of them immediately. I now know that owner Michael Ayoub is a glass blower which explains all the beauty that graces his restaurant. 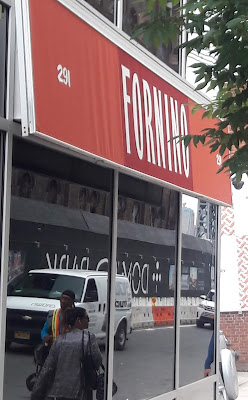 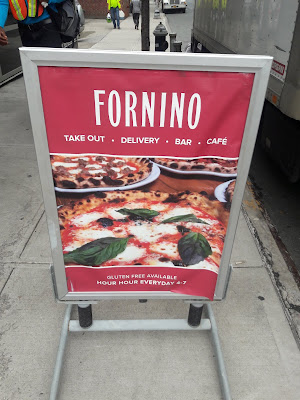 Since I was having an early lunch this Thursday (I christened it #PizzaFridayEve on my social media) there were only a handful of people here. Side note - this is how I prefer most establishments.

I knew right from the get-go that I was having a classic Margherita pie. I opted for the larger pie which had eight slices as opposed to the smaller size which had only four, so that I could bring some home to my regular co-blogger a.k.a. my mother. Plus price wise it made the most sense. 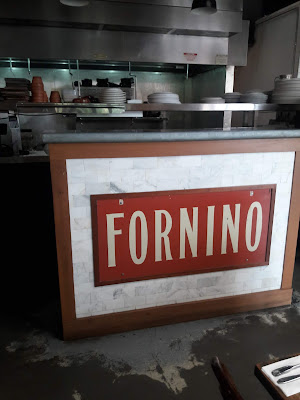 My father opted for a roast beef sandwich served with sliced provolone cheese on focaccia bread with a side Caesar salad. I barely got a picture of the salad before he engulfed it all. He knew better when the sandwich arrived but it went down his hatch pretty good. My father was full but talked about how good it was for days. 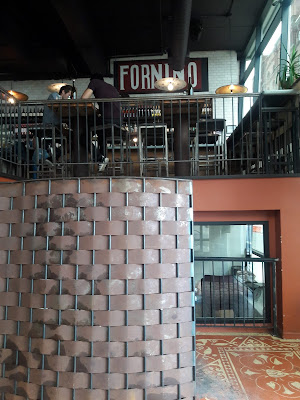 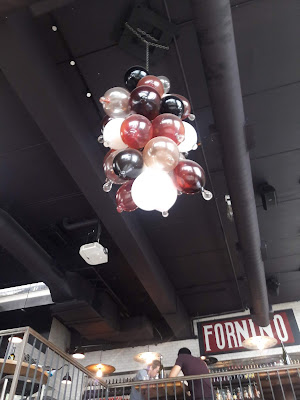 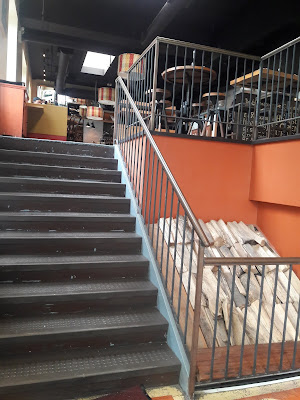 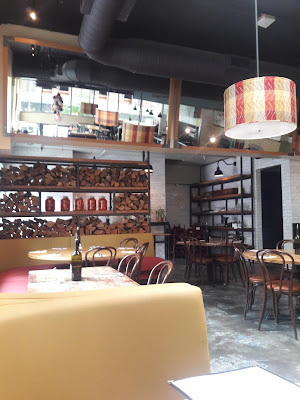 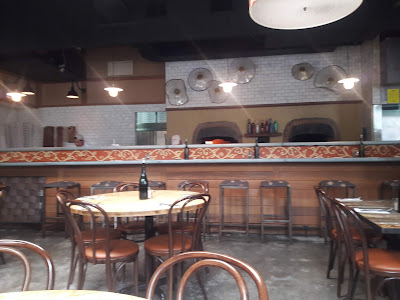 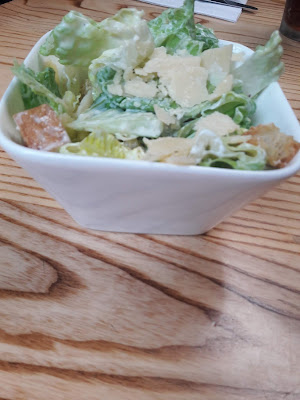 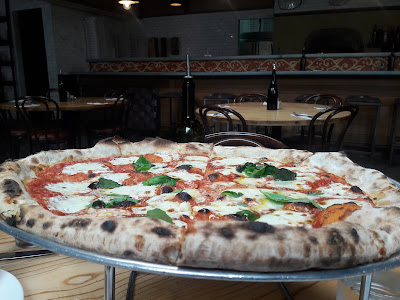 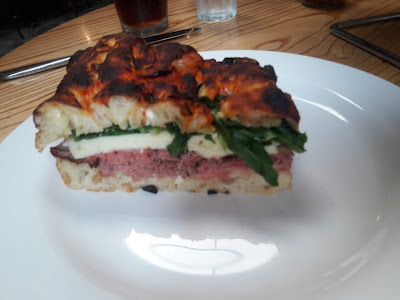 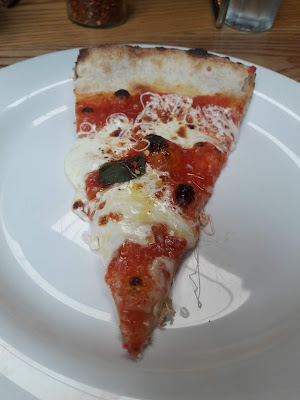 As I watched my pizza come out of that giant pizza oven, I fell in love before it hit my table. I ate a slice or two before I hit a wall. It was a perfect example of a well done Neapolitan, thin crust pie. I enjoyed it there as well as later on when I reheated it at home. 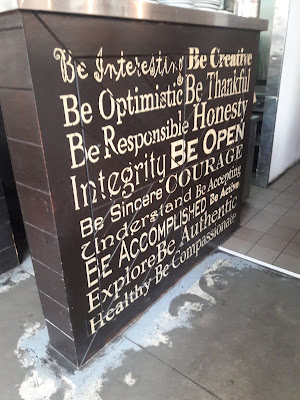 If I ever return I have only one thing I am determined to try here. Yes, of course its a pizza. But it is no ordinary pizza. It is made in a special gas oven in the kitchen and it is six feet long (see the video on the last link below)!! The inspiration came from Ayoub’s trip to Rome and comes in many varieties. It might just be a novelty for some but I am pizza tasting connoisseur.

Though my love for pizza and its love for me is obvious, I feel like I still haven’t made a dent in the list of pizzerias I want to try for the first time. Sure I can now cross Fornino off my 2018 to do list, but I still have several pizzerias remaining on that list as well as the separate pizzeria list I made when I reviewed Krave It a while back. That was after I attended the Philly Pizza Festival in July.

For now I just have to count down the days until another #PizzaFriday comes my way.