For those who need to know its “Gonna Be Alright” 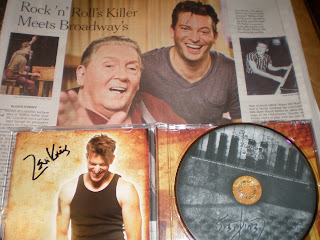 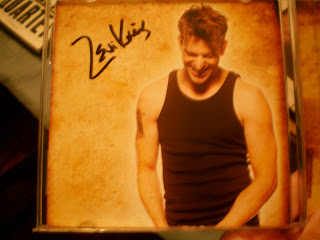 Have you ever had such a bad day where you just needed to hear that everything was gonna to be alright?
Lyrics like these can be life saving:
I think the only thing that’s keeping me alive
Is a good cup of coffee, and “Songs In The Key of Life”,
but I know…
Hey hey hey
Everything’s gonna be alright
Everything’s gonna be alright
It’s all right
Hey hey hey
Everything’s gonna be alright
Everything’s gonna be alright
It’s all right…….
And I’m thinkin’
I take it all too seriously
It may be easier than it seems
Maybe I’m the one who makes it hard
That’s all well and good but that doesn’t fix my car
And it doesn’t keep the lights on when I’m eating in the dark
but I know….
I think the only thing that’s keeping me alive
Is knowing that it works out
It just takes a little time, but I know…
Don’t you worry ‘bout a thing
Don’t you worry ‘bout a thing
Recently I found this inspiration and it all comes from one Levi Kreis. Tony Award Winner Levi Kreis and his music have forever changed my life.  There are almost no words to describe what I have learned and received. It has been such a gift.
I first became aware of Levi while watching the 2010 Tony awards. The play was Million Dollar Quartet and it was that performance that made me go see the show initially and then 5 more times.  While the entire cast is incredible (more about that in another blog), Levi’s portrayal as Jerry Lee Lewis and overall talent was just palpable. It was then I checked him out as a musician and had to own all of his 3 albums. As a New Yorker the music I grew up listening to wasn’t anything like this. But this voice, soul, and incredible lyrics made me at times kind of obsessive.  The talent and charisma of this performer both on the stage and off is remarkable. There is no way for you to be around him and his music and not feel moved.
Levi has an incredibly loyal fan base and is so beloved in fact that his fans have already contributed well over $25,000 in support of his 4th album. A website called kickstarter allows artists and their fans to make music and support art they love without having to rely on record labels and middle men. I have no doubt that this artist’s career is about to take off even further. His message is too important and infectious to be stopped.
PLEASE PLEASE PLEASE check Levi and his music out at: www.levikreis.com
To follow his album donation progress and contribute:
http://www.kickstarter.com/projects/578749011/be-a-part-of-tony-winner-levi-kreis-next-album?ref=live