For a Lunch With a Side of Real Housewife: “Pizza Love” 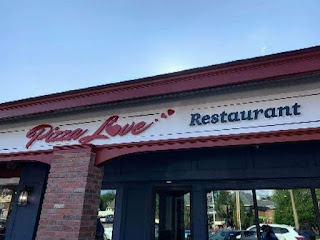 The big news in the Bravo-sphere this week has been that tickets have finally gone on sale for BravoCon, AKA the field of dreams for anyone who loves Southern Charm, Shahs of Sunset, Below Deck, and the Real Housewives franchise. It is going to be a three day festival where you are bound to run into one person or another who you are already friends with in your head. 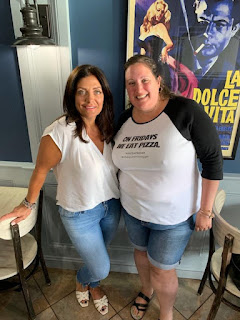 As for me, I already had such an experience and the best news was that not only did I not have to share it with anyone else, but it also came with a side of pizza.

Last week, on #pizzafriday, I had the honor of meeting a former Real Housewife of New Jersey; Mrs. Kathy Wakile.

After spending two seasons as a full time Real Housewife and a couple other seasons making appearances on the show, Kathy (along with her husband Richie and their business partner Darryl Dueltgen) went into the restaurant business.

As displayed on TV, Kathy has a talent for making desserts that make you drool. Her cookbook, “Indulge: Delicious Little Desserts That Keep Life Real Sweet” debuted in 2014. On her website you can purchase an array of Kathy Wakile products such as her legendary cannoli kits and dessert flavored coffees.

With a strong love of food and family ever present, Kathy decided it was time to make her restaurant owning dreams a reality. “Pizza Love” opened in the fall of 2017 and has been a success ever since.

Located in Wyckoff, New Jersey, I make the trek from Brooklyn, not only to meet Kathy but to taste what she was serving up.

Although the menu at Pizza Love is quite extensive, I had no idea what to eat, other than pizza because it was a Friday after all.

Therefore I let Kathy do most of the ordering.

Although now that I have had time to digest, I have made a mental list of what I would like to try, which now appears to be longer than this blog. High on that list are the rice-balls, garlic knots, and the shrimp scampi pizza.

But back to what I actually ate.

Our appetizers were the fried calamari (which is offered three ways - plain, Thai chilli, and buffalo) as well as the rock shrimp arabiatta. 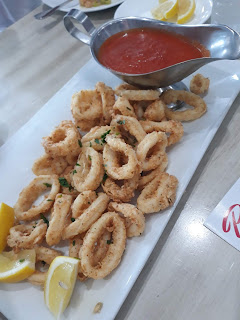 As a fellow Italian, I have always liked fried calamari (well pretty much fried anything) but depending on where you get it, it can be a bit too chewy. This was not the case at Pizza Love. It was crispy and the marinara sauce that accompanied it was incredibly tasty. 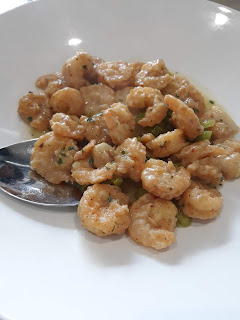 The shrimp arabiatta was a bit spicy but so delicious. I have never had it anywhere before and quickly became a favorite of mine. Later on I would continue to eat it, even putting some on my pizza and that made me love it all the more.

Now about that pizza.

We had the Drunk Grandma pie, as was recommended to me. Once I saw that it included vodka sauce and fresh mozzarella I was sold. These two ingredients are among my favorites when it comes to pizza. 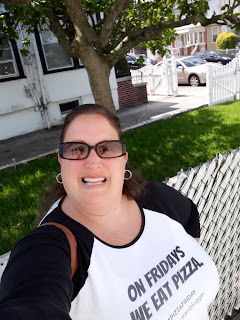 At the time I enjoyed this slices but now I have eaten better.

I am here to tell you that the definitive vodka slice is served at Pizza Love. The fact that it was a “grandma” pie - which is means it was a thin, crispy crust, made it that much better. 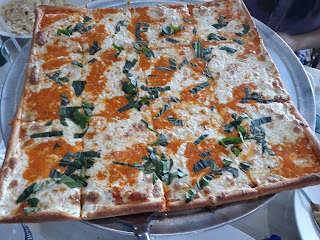 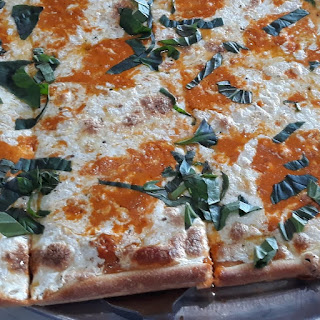 But the sauce was hands down the best vodka sauce I have ever had (sorry mom). It was creamy and velvety. I swore I tasted the butter in it.

It also didn’t hurt that the name “drunk grandma” made me laugh.

The drunk grandma is just one of the varieties of this pie they make here. There is also the hot grandma, the veggie grandma, and the love grandma pies.

Not to worry if you food restrictions, pizza here is made to order and can me made gluten free or with a cauliflower crust. 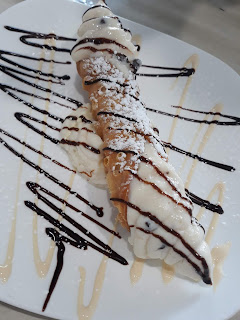 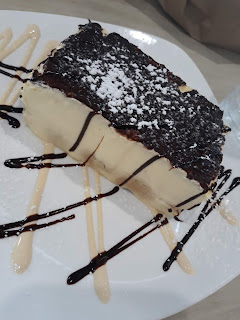 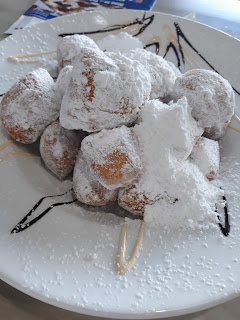 No meal would be complete without dessert and since I was in her presence we need to try a cannoli. Because it is my favorite I also had to try the tiramisu, and who doesn’t love a zeppole?

The desserts did not disappoint. That tiramisu came home with me and I am surprised it survived the trip. It was sinfully good!

While Wyckoff, New Jersey, but not be close enough to have Pizza Love deliver your next meal, trust me when I say the trip will more than be worth it. 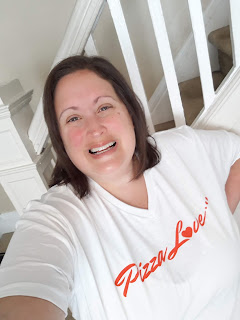 Besides amazing food, you will be treated like you are among family. The staff will be friendly, the service will more than meet your standards, and you will leave feeling like you dined among friends.

I know that I did.