For the Broadway Version of the Greatest Book of All Time: “To Kill A Mockingbird” 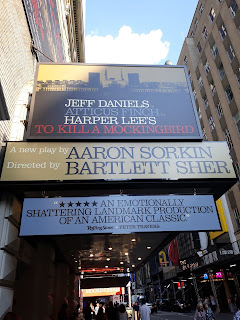 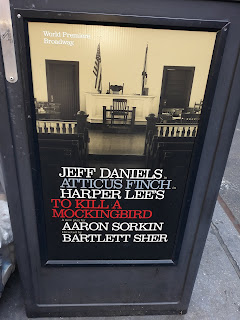 It is a sin to kill a mockingbird.

Have more profound words even been written?

If you need proof all you have to do is read Harper Lee’s infamous novel, watch the movie featuring Gregory Peck, or see the new play on Broadway - as I recently did.

Each incarnation of this story has their own merits but I do believe it is a rare instance when a film manages to capture the same range of motions as the written word. I plan to rewatch it within the next couple of days.

I love “To Kill A Mockingbird” so much I listed it as part of the books that have impacted my life (https://bit.ly/2KLP4DN). I believe great theater has the ability to do just that, this story, in this setting, with these people, is Broadway at its finest. 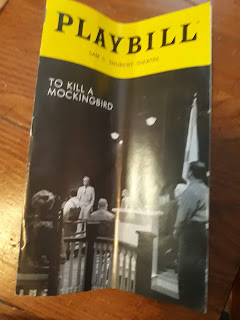 There have been mixed reviews about how this story would transfer to the stage but as soon as I heard the screenplay was written by Aaron Sorkin and Atticus Finch would be portrayed by Jeff Daniels, I was sold.

As anyone who has read the book knows, there is perhaps no greater moral authority of all of literature than Mr. Finch. He is both the heart and soul of the story I believe, despite it being told from his daughter’s youthful perception. I don’t know if any actor could have filled that role to the critic’s satisfaction but Mr. Daniels exceeded mine. 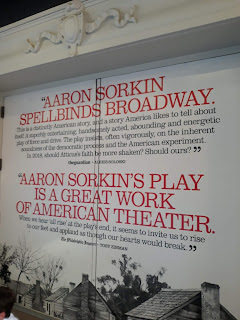 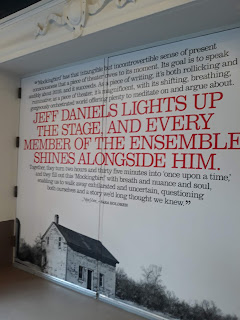 I have been a fan of Jeff Daniels since I watched him on HBO’s “Newsroom”; another Aaron Sorkin production. As for Mr. Sorkin himself he is the genius behind “The West Wing” my favorite television drama of all time.

The combination of these two brilliant men, in my opinion, managed to bring life to a story that I believe has even more relevance today than it did when it was published. Unfortunately.

I was blown away by the show. I would have preferred there was no intermission and that they continued straight through (this is my preference one hundred percent of the time). Not for one moment did I want to look away from the stage.

It is worth noting that due to the incredibly popularity of the show, tickets are sold out three to six months in advance and are I think overpriced as all of Broadway is nowadays.

With that in mind, I had nosebleed seats and still saw everything and more importantly felt everything that I believe Harper Lee intended when she told her story the first time.

In this version, due to the time constraints, the story is largely focused on the trial of Tom Robinson and the Finch children’s connection to it. At two and a half hours, that should suffice. But I have to say when it came to an end I was sad to let these remarkable characters go once more. Especially when the cast had done such a beautiful job retelling the story.

The set design was magnificent, although it was constantly moving back and forth between being the Finch house and the courtroom. Speaking of which there was no jury in the courtroom and I found that odd. I suppose it is because we are the real jury in this story. 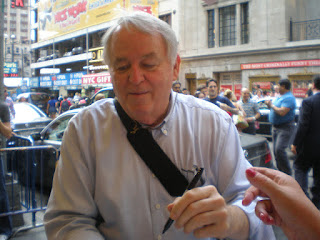 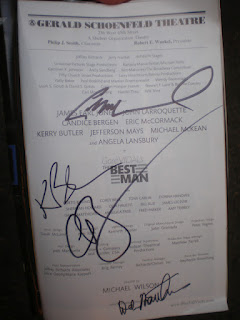 Since the subject matter is so intense, it seems there were many light heart moments inserted to bring some comic relief. Most of them were quips from the judge, Judge Taylor, an actor I have long loved - Mr. Dakin Matthews. You might know him as Doug Heffernan’s father from “King of Queens”. I had the pleasure of meeting him after seeing him in “The Best Man” in 2012 (https://bit.ly/2YLSAmo) when he was working alongside “Will & Grace” star Eric McCormack.

I could have done without any light heart moments but I believe I would be in the minority there. My friend said without them she would have felt suicidal by the play’s end. 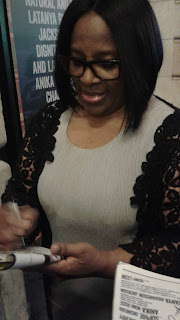 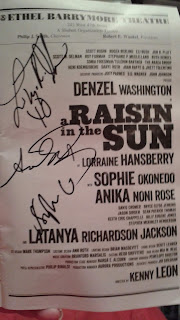 Another famous actor found in this cast, is Mrs. LaTanya Richardson Jackson (AKA Mrs. Samuel Jackson) who played Calpurnia; the Finch’s housekeeper. In the book version she has a much bigger role than she does here, but again I believe it was due to time constraints. Her character also makes some of those quips I just discussed.

I too have seen Mrs. Jackson on Broadway before. The year was 2014 and she was staring in “A Raisin in the Sun” alongside Denzel Washington (https://bit.ly/2M6nVhU). Another story with heavy material that is still relevant no matter when you see it.

This past June, Celia Keenan-Bolger, won the Best Featured Actress in a Play, Tony Award for her portrayal of Scout Finch and it was a thousand percent well deserved. I, however, believe Jeff Daniels was robbed at that same awards show when he did not receive the Tony his was nominated for: Lead Actor in a Play.

Once the play was over, as per usual the only thing left on my mind was the stage-door (https://bit.ly/2KACCnS). The stage-door experience is a long cherished ritual of mine and I have A LOT of autographed playbills in my collection to prove it. 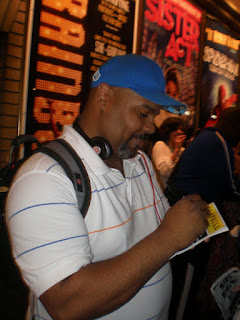 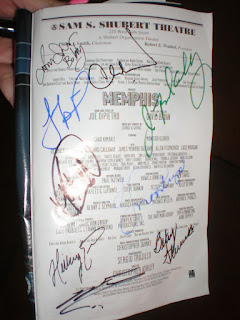 There was some construction happening in Shubert Alley (adjacent to the theater) and it was closed. That was a conundrum for me because I knew that this theater’s stage-door was in that alley. I have been here before, like in 2012 when I saw “Memphis” (https://bit.ly/2ZBBkBz) and got to meet rising star Mr. James Monroe Iglehart. Mr. Iglehart has since gone on to play the genie in “Aladdin” and currently is Marquis de Lafayette and Thomas Jefferson in “Hamilton”. I knew that day he was destined for great things.

As I walked into the theater before this show started, I was told by Shubert employees that there would be no signings afterward. I was devastated. But because I am me I never take anything at face value. I saw that the barricades were still in their spots, although a bit farther back. I decided to wait until the theater emptied after the show was over just to be sure. Boy I am glad I did!

Celia Keenan snuck right by us in full makeup without stopping, which I was bummed about. La Tanya Jackson and Dakin Matthews went out other exits but because I had already met them both already I didn’t mind.

But after only a few minutes of waiting Jeff Daniels appeared; sharpie in hand!! 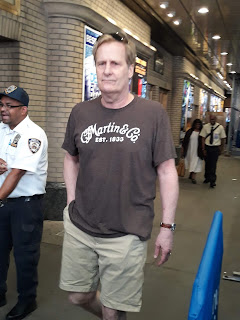 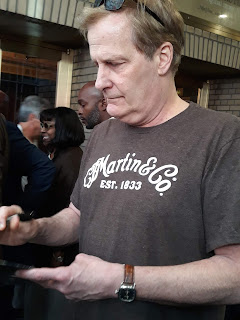 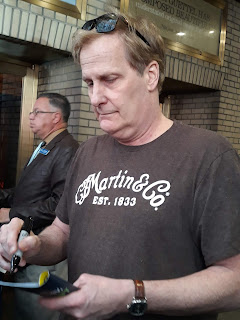 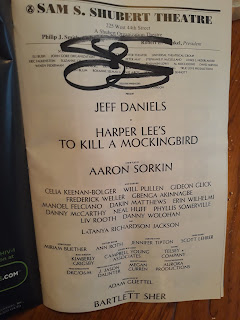 I thanked him for doing this and told him what a great job he did. He was very receptive and tried to get to as many people as he could. Just as I told my fellow patrons around me, kindness goes a long way. Stage-doors are part of the Broadway culture and with rising ticket prices I feel that this is the least actors can do. If we weren’t filling the theaters they wouldn’t have these jobs. Those who still do not participate go on a list of those I will no longer pay to see, no matter how talented they are. Unless you are ill, I expect to see you there. I am not asking for a selfie or anything extra, just your John Hancock.

Start looking for your tickets now. Come November 5th there will be two major cast changes, that we already know about. The first will be Ed Harris who will be taking over for Jeff Daniels. The second is Nick Robinson (from “Love, Simon”) will be Jem Finch replacing current cast member Will Pullen. There is no news so far about Celia Keenan-Bolger, but after a year of such an intense role it wouldn’t be surprising if she leaves as well.

While I am sure that these new additions will due a fine job, for me there could never be another Atticus Finch on the Great White Way.