For the Fourteen Year Old Girl Inside of Me: “Mixtape Tour” 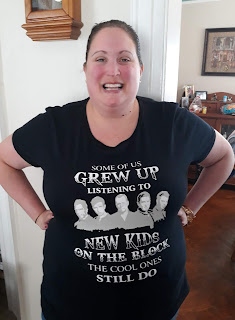 If I never wrote any other words these three would be enough to explain how I felt about seeing the “Mixtape Tour” this summer.

Though it was the name of the tour, it also holds perfect symbolism about why I felt compelled to see it in the first place. 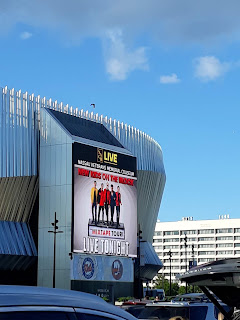 I firmly believe I grew up in the last great generation of our time. I was born in 1981 and during my formative years there was no social media or internet of any kind. In fact, in junior high I learned how to type on a typewriter and didn’t have my own computer until my sophomore year of college. 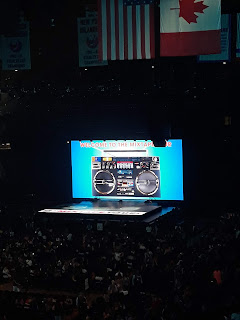 When I wanted to listen to my favorite music I had to have a cassette tape at the ready, queued up to the right place, in my double deck stereo, and spend hours listening to the radio (commercials too) before I hit record and stop at just the right moments. It rarely worked out perfectly but each time still felt like victory. If that didn’t work I had to wait for a cassette single to be ninety-nine cents when it was one of the top ten at The Wiz (not just the name of a movie).

My generation knew what it was to be a kid and when you were lucky enough to see your favorite artists in person it was an experience you cherished. There were no selfies outside, and few mementos to prove it existed except for the happiness in your heart. 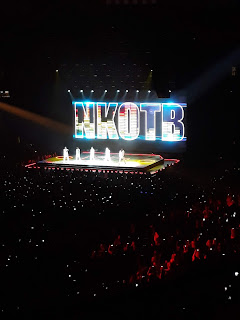 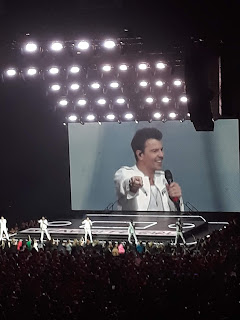 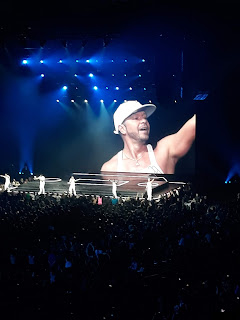 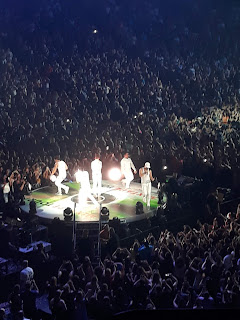 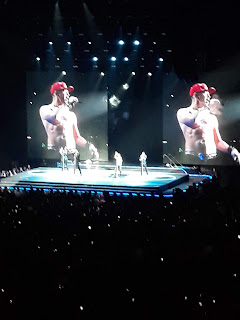 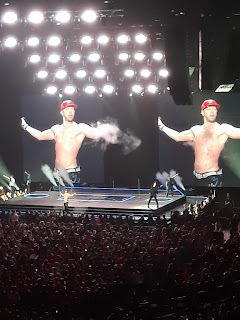 This time was just as special though I was sure to take a million pictures and grab a few concert tees on the way out.

I have loved New Kids On The Block since I was six years old and saw them once around that time. When they “came back” when I was an adult I too got to see them perform (https://bit.ly/2M5T1Gk). 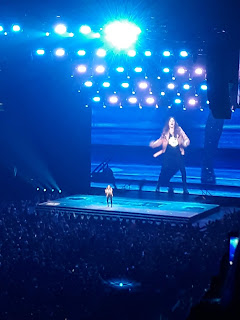 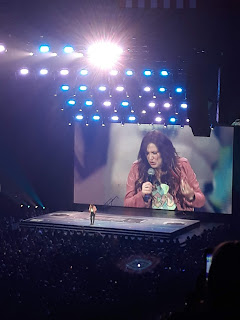 Another oldie but goodie was Debbie Gibson and she and Tiffany also resurfaced recently and I ran to see them as well (https://bit.ly/2Ko54gd).

So did I really need to see the “Mixtape Tour”?

The reason was easy, Salt N Pepa were going to be there!!!! I have wanted to see them perform since I was fourteen years old. Now was my chance. 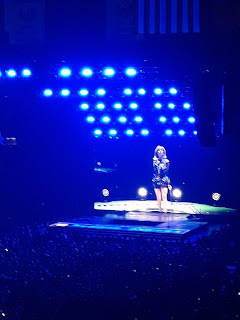 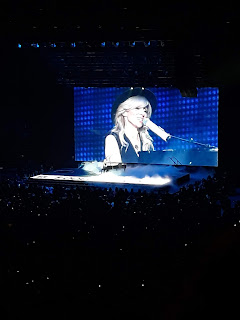 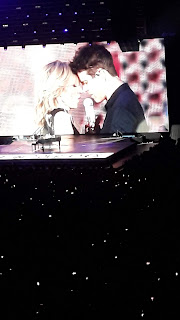 Aside from those already mentioned, there was one more group on the ticket; Naughty by Nature. I would be getting my entire money’s worth.

I knew ahead of time from social media posts, that the groups took turns coming out and even shared a few moments together such as when Joey McIntyre came on stage to sing “Lost in Your Eyes” with Debbie Gibson. 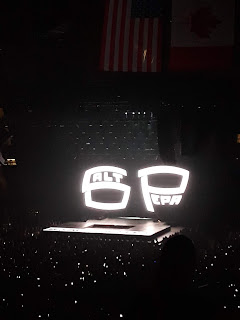 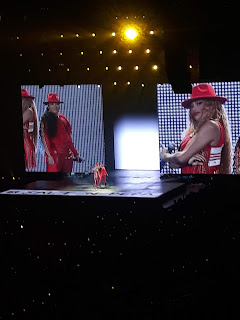 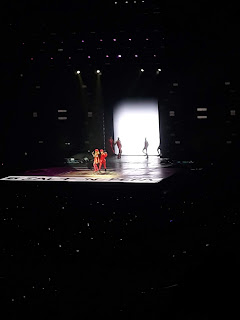 But as a lifelong Donnie Wahlberg fan I was MOST happy whenever he was on stage and even more so when he was shirtless. When Salt N Pepa came out I couldn’t control myself and was dancing and rapping in my seat. 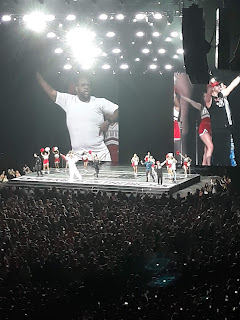 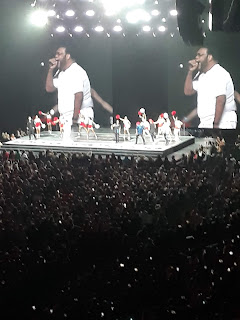 About half way through the show Donnie announced that though we were in Long Island (at Nassau Colliseum - ironically location of the first time I ever saw NKOTB) he needed to bring out some Brooklyn to the stage. At first I thought he meant me. Sadly, that was not the case but to make up for it Fatman Scoop came our instead!! That’s when I leaped to my feet like the place was on fire and promptly began singing AKA screaming “engine engine number nine on the New York Transit line……”. The rest as they say was history. 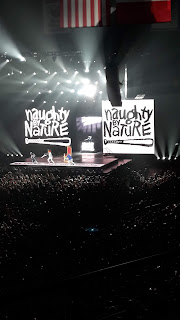 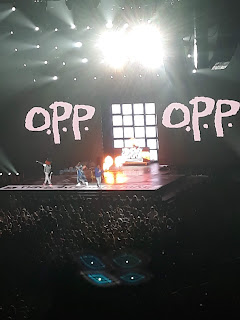 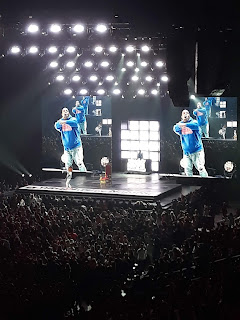 Aside from the amazing performances and the great fun I had, there was something more powerful in the air. It was a combination of nostalgia and being in a room FULL of people who were just as excited as I was to see entertainers we grew up loving.

NKTOB has been together for over thirty years now and played their first performance together down the road from where I was sitting (Westbury Music Fair) all thanks to Tiffany. She gave them their big break and it was bittersweet to watch them thank her on this stage all these years later.

That’s the thing about the generation I came from. The connection didn’t just seem real; it was real. There was a genuine connection between members of the music industry and their fans. This tour is proof of that.

It was Donnie who said it best (and I am paraphrasing): “when we first came out they said we wouldn’t last. All of our fans were little girls who just screamed loud. Now those little girls are teachers, doctors, lawyers, wives, and mothers, but they can still scream really f-cking loud”!

And we sure did.