For a Brunch with a Built In Sanctuary: “Haven Rooftop” 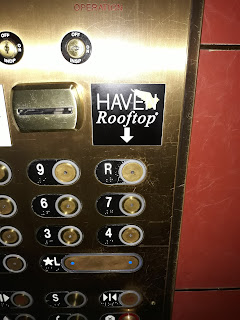 I have been here before.

It was Restaurant Week in NYC February 2018. I wasn’t feeling great so I reluctantly followed through with my plans to meet one of my cousins for dinner. It ended up being one of the best meals I have ever had and on my way home I made a discovery.

The building where I had just dined, The Sanctuary Hotel, not only housed Tender Steak & Sushi (https://bit.ly/2BURUTe) but also Haven Rooftop! Both had long been on my annual to do list (https://bit.ly/2WatoF2). Ever since that day I have longed to return to cross this remaining item off my to do list.

Now my mission has been completed.

On the morning of the day I was set to see “To Kill A Mockingbird” (see previous post) I decided to have brunch at Haven Rooftop.

I first read about this place a few years ago when I was looking for a place to grab a few drinks to celebrate my birthday. I ended up staying in Brooklyn and visiting Le Boudoir (https://bit.ly/2Kmir0j) instead.

Haven Rooftop is open year round and has cabanas during the summer months and heated lamps during the winter. The dinner menu is full of American and French fare and I have long had my eye on several things I would like to try. However, the timing never seemed to work out. So brunch it was.

On this morning it was warm, as it is in NYC during the end of July, and it was very crowded. There were numerous tables there for the bottomless mimosas and other beverages of which I would not be partaking in, as I had driven into the city. 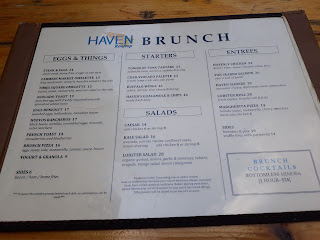 The view was rather disappointing, as most nearly every direction only held views of one scaffolding or another. 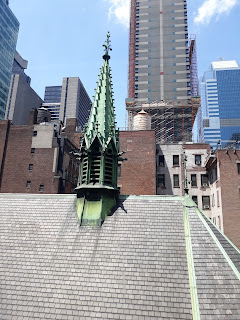 I had a reservation and thus was seated promptly. 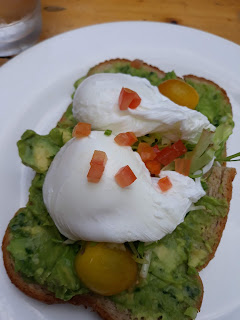 Since I had been reviewing the menu for years I already knew what I was to order: the avocado toast. It came with a poached egg on top and seemed like the perfect meal.

It arrived in a hurry and I ate it just as fast.

It was good and I rather liked how the egg looked like two big glops of fresh mozzarella. Part of me wished it was.

But as I ate it, I realized it was really just okay then good. It wasn’t very flavorful and the toast wasn’t really toast. It had no crunch to it and was easily cut into by my knife. I have had this dish at a few other places and I have to say they were much better.

My favorite being from the Tipsy Tea I attended at nearby Tanner Smith’s (https://bit.ly/2GUqYFG). Their avocado had a lot more seasoning, the toast was toast, and it even came with some delicious, skinny fries (my personal preference).

As I write this review I am longing for the version I am now craving instead of the one I am writing about. 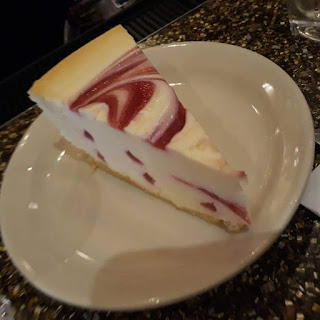 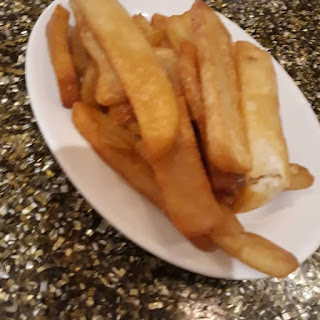 We didn’t stay long here because of the heat and crowd. Instead we walked back towards the theater and spilt an after brunch snack of French fries and raspberry swirl cheesecake at Junior’s Restaurant (https://bit.ly/2yYbqMR).

Taken in all together it was the prefect meal to begin any day.