For Find Out Friday - What’s a Fort Got to Do With It? 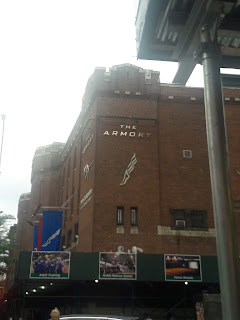 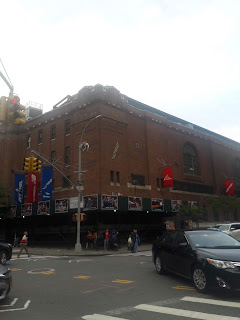 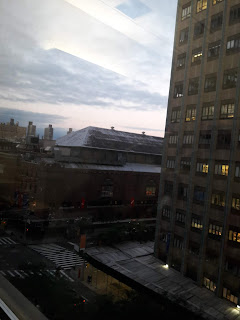 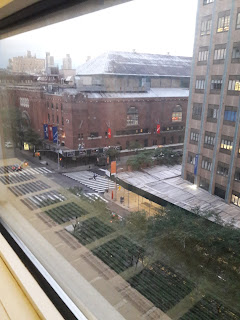 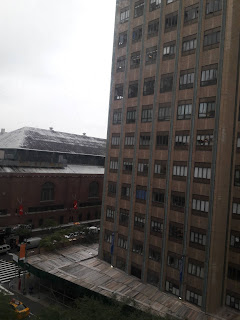 As I mentioned in my last post I have been MIA because I am taking care of my mother who is recovering from open heart surgery.

While she was in the hospital, I spent A LOT of time staring at the same building over and over again. I knew the name but not what lied behind it’s uniquely designed walls. That is where we arrive at today.

It is known officially as The Armory and it survives a variety of purposes.

Going back through history its initial intent was as a fort. It was constructed in the early twentieth century and was one of the first of its kind to appear in NYC. It is build in the Gothic Revival style which makes it stand out greatly in its Washington Heights neighborhood. This is partly why I noticed it; it looks at though it is from another era. And, well it is.

At that time it housed the twenty-second regiment of the Army Corps of Engineers where those seeking to become architects, engineers, nurses, and the like, could seek out the appropriate licensing exams. This section of the army were the only unit to stay back in NYC when others left due to the outbreak of the Civil War.  But during these years they were not housed in this building. They moved around to a few different locations before finally settling here in 1911, and in a building that cost a whopping one hundred and sixteen million dollars! That would be nearly thirty-one million dollars today; certainly not chump change.

Now The Armory serves a number of important and mixed purposes.

In no particular order they are:

You might be thinking how on Earth can all of these interests be served in the same building?

The answer is that it is HUGE.

It is ninety-six thousand square feet, which is roughly twice the size of Madison Square Garden! That certainly puts The Armory’s size into perspective.

Finally in 1995, securing its place in history, The Armory was added to National Register of Historic Places. To read more about the process of landing on such a list, you can read a previous Find Out Friday post (https://bit.ly/2HYJICw).

When I think back to just a few weeks ago, when I was staring out of my mother’s hospital room window into that big, old building, I couldn’t have imagined all of this was going on inside its walls.

I like to think in sharing its story I am returning some of its former glory.