For the Cheesiest, Sauciest, Pop-Up Exhibit Ever to Hit Brooklyn: “Museum of Pizza” 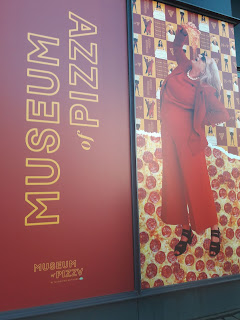 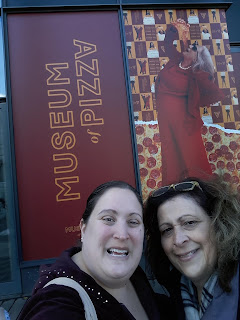 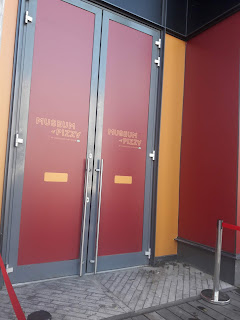 I love pizza. I love #pizzaFridays even more.

Thus, the perfect place to spend one was at this pop-up exhibit in Williamsburg, Brooklyn.

As the Museum of Pizza exclaims on it’s website:

“Like a best friend, pizza is fun, reliable, consistent, flexible and unselfish. Always here for us when we’re hungry, happy, hurried or hungover. Pizza does not judge; it is always for the people, by the people - and that’s why we love it.”

Pizza is the perfect snack or gourmet food. I have made a career out of keeping track of the shops I want to visit and reviewing the ones I have already been to. Most recently that included the chicken parm pizza from Noble Kitchen, for which you can read all about in my next post. 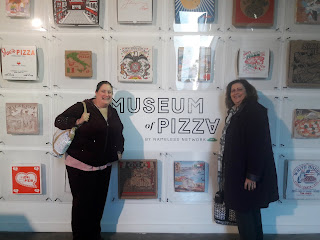 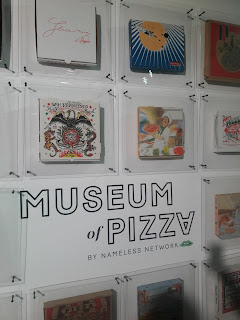 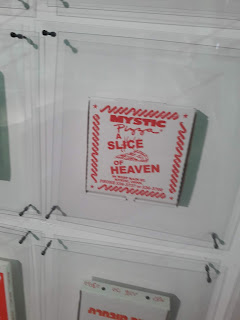 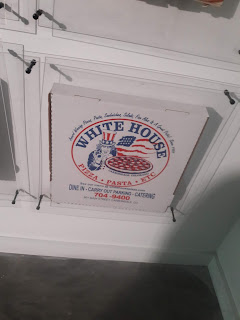 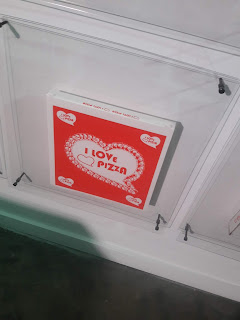 Your entry into these exhibits begins by walking through a room filled with pizza boxes from all around the world. They are part of the Guinness World Record collection accumulated by industry expert Scott Wiener (who is known for his pizza tours around NYC). Weiner also gave a virtual explanation of the importance of pizza, essentially why we have all assembled at a museum dedicated to it. 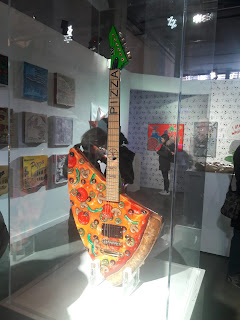 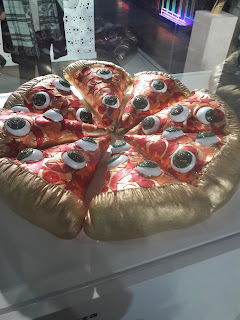 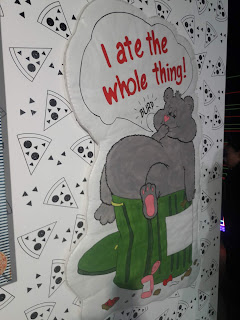 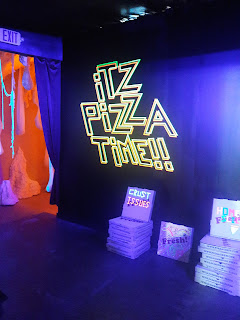 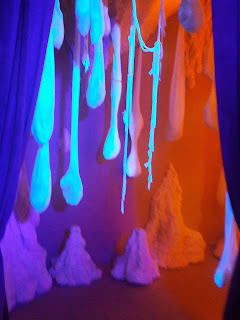 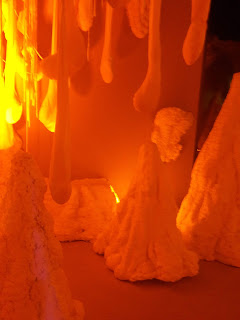 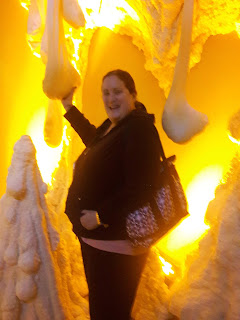 After that you walk through a few rooms of pizza seemingly related items, affectionately called “art”. I don’t really know how most of it was created or even why. There was a pizza beach, and a room filled with “dough”, which was really white nylons filled with different shapes of cotton like material inside, as well as a handful of other objects, most of which made no sense to me. 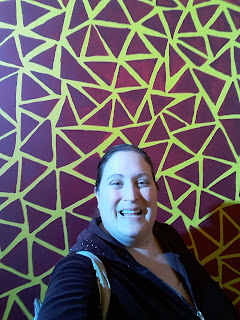 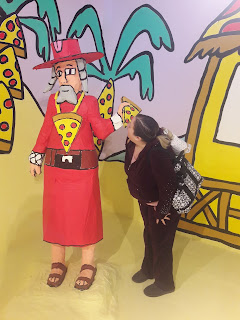 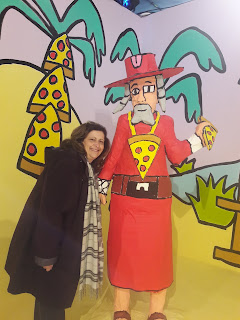 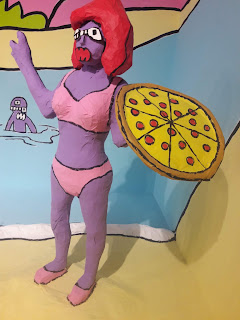 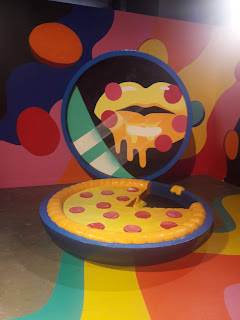 The Museum of Pizza was originally set to close on October 28th, it was extended through November 18th. That was lucky for me because the tickets I had originally purchased I couldn’t use. My mother had just come home from the hospital after having open heart surgery (https://bit.ly/2DPPKWv) and I had a wicked bad head cold. But as per usual the pizza Gods were smiling down upon me and I got the chance to visit. 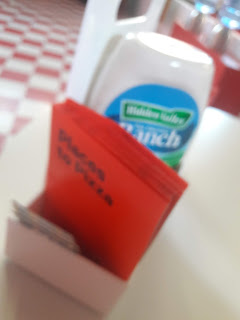 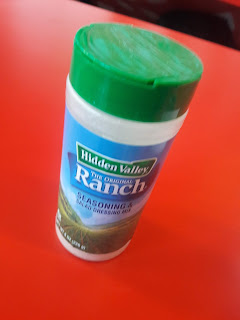 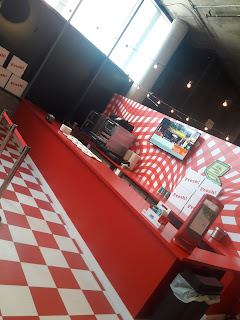 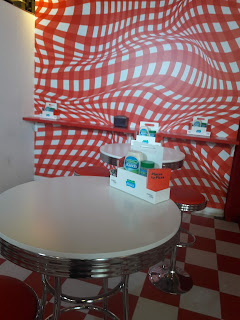 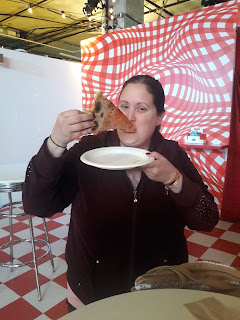 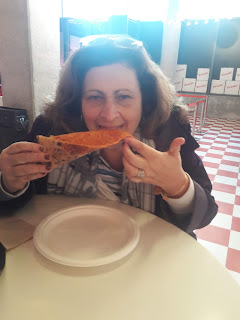 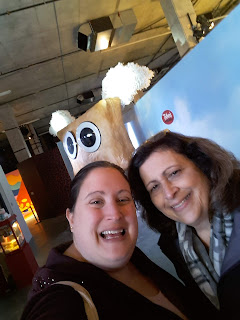 I had a feeling it would be a bit cheesy, pun intended, and sure enough it was. My visit was brief, briefer than I even thought it would. There wasn’t even a restroom.

As a major pizza enthusiast, I would have liked a few more exhibits. I have no idea what they would have contained but I never get tired of seeing, photographing, or especially eating pizza. It really is the new black.

Which brings me to the best and last part of this experience; the last supper.

Ok actually it was more like lunch and it was just a slice, but you can see how seriously excited I was to arrive at that spot.

Even better, right before I reached that point there was a popcorn machine!! If pizza is my main squeeze than popcorn is my mistress. It is the only other food (coffee not withstanding) that I could and would prefer to eat daily. That is my idea of a complete food pyramid: pizza, popcorn, and coffee. Repeat.

The pizza served to us was sponsored by Williamsburg Pizza, a local shop. Owner Ashwin Deshmukh describes it as “a classic New York slice”. And that might appear to have been the case. However, it was not up to my standards. I think that might be because it wasn’t cooked on the premises. I suspect it was just heated up there. The slice was not really warm and appeared to be a bit undercooked. Truthfully I was more excited about the containers filled with Hidden Valley Ranch seasoning on the tables that I shook all over my slice. There were also HVR dressing bottles as well.

But since the pizza came “free” with purchase of a ticket, of which a portion of the proceeds went to “Slice Out Hunger” I shouldn’t complain.

So not only didn’t I leave hungry, neither did someone else.

Is there really anything more satisfying?