For an Evening With the ‘Real’ Debbie Gibson 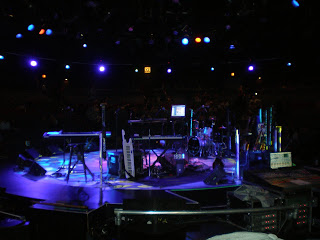 When I was six years old I was obsessed with two things: New Kids on the Block (NKOTB) and Debbie Gibson. It was the eighties and they were all the rage.  I had everything NKOTB: curtains, stickers, and of course the big button that doubled as a picture frame. I even tried to teach my baby brother all of their names.
As for Debbie Gibson, my affinity for her began because my older cousin adored her. Actually, adore is too mild of a word. She worshipped Ms. Gibson and still does to this day. Since I always wanted to be like this cousin, I believe I loved Debbie Gibson music even more because it was something we shared.
This is how I ended up going to see the current Debbie Gibson tour, which Tiffany (yes that Tiffany) is opening for. Tiffany was a popular mall touring teen that mostly sang other people’s hits. Her most famous was a version of “I Think We’re Alone Now”.  I still love that song, it’s too catchy not to want to sing out loud when I hear it on my iPod. 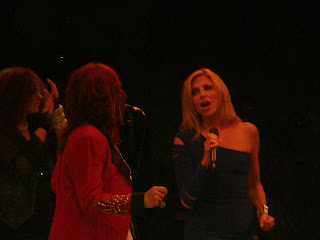 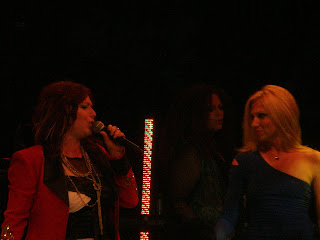 The concert had an unusual approach in that both artists came out together singing “Sister’s Are Doing It For Themselves”.  They were strong and united. They sang another song or two before Debbie Gibson stepped away to allow Tiffany some alone time on stage. Before Tiffany sang her infamous tune (my favorite), she also belted out some other standards such as: “I Love Rock N' Roll” and “Sweet Child of Mine”. Tiffany channeled her inner Cher even having a costume change during her set. She sang for about an hour ending with her newest material.  I was pleasantly surprised how good Tiffany was. I wasn’t expecting much but she was confident and having fun with the music that made the crowd go nuts. 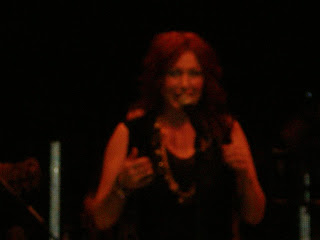 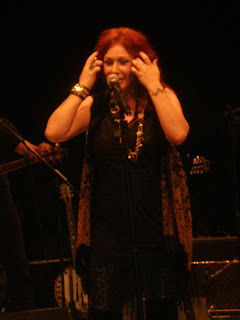 Then finally our headliner was back. She was scantily clad in a hot pink top and low-rise skinny jeans. Actually that was the most clothes she had on all night.  God bless her, she had the tiniest, tightest body I have ever seen, particularly for a woman over forty. However, I think some of it was a bit much like during somber Broadway numbers.  It was a nice surprise when her original back-up dancers appeared using choreography from her videos. Some of the classics we heard were: “Shake Your Love”, “Electric Youth”, “Out of the Blue”, “Only in my Dreams”, and THE BEST SONG EVER- “Lost in Your Eyes”.  There was even an eighties medley with clips of songs by Michael Jackson, NKOTB, and Janet Jackson. Her voice and performance stamina was unparalleled. Debbie’s energy and love for her fans made it feel like it was twenty years ago, except we were all a bit older. It was a total time warp but in the best possible way. 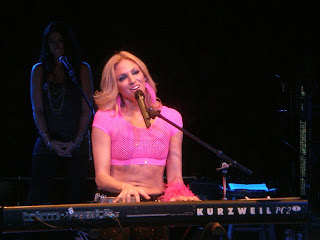 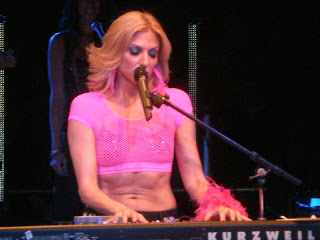 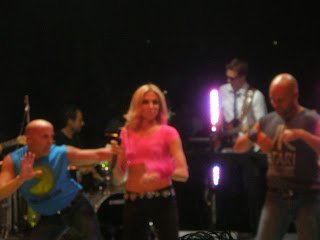 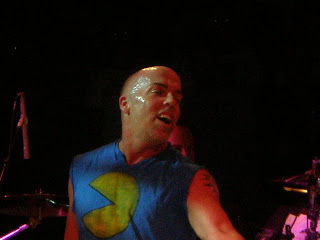 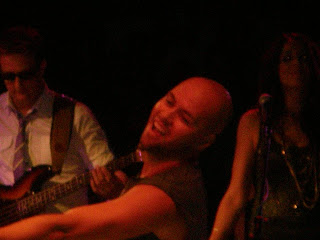 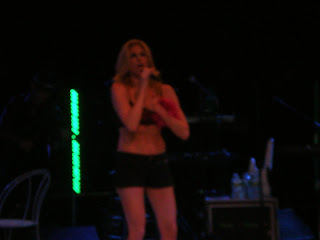 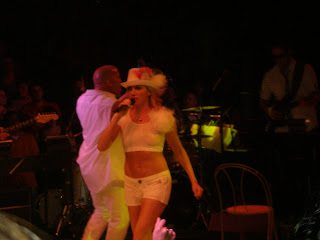 Tiffany and Debbie closed out the show together with a final song, “Don't Stop Believin”. 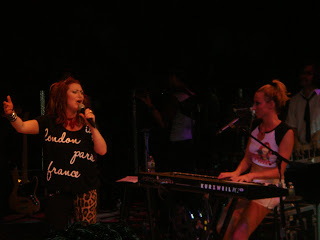 The concert was at Westbury Music Fair and I have to say this might be my least favorite of venues. At first glance, it is a relatively intimate theater, which is appealing. But I HATE that the stage is tiny and rotates. Rotating would be good except that you don’t know where it will start and how long it will take to go around. So you can’t use the seating chart to pick a seat you know will be good. In this drive for equality, what you actually get instead is a lot of looking at the backs of singer’s heads, which takes away from the fun. The stage also doesn’t appear to be built for a real concert. The small stature is taken up by the band, equipment, and especially if there are back up dancers. I felt like at any moment one of Debbie Gibson’s dancers were going to knock her right off the stage. They had so much heart and were having so much fun I would have loved to have seen what kind of a show they could have produced at a larger location.
A couple of years ago I was cleaning and found something rather astonishing. It was a yellow crumbled up piece of paper with a scribbled name on it. Then it hit me. It was signed “Debbie Gibson”.  In a flash I was six years old again and I remember my cousin giving it to me telling me the real singer had signed it just for me. At that young age, the person I idolized as my big sister was handing me this treasure. I was in awe, not questioning anything. After all, she had been to Debbie Gibson concerts and at that time I had not. Now thinking about this paper as an adult it was both hysterical and sentimental.
Considering how my life has changed and that I spend a large portion of my life meeting real stars, I am just realizing that was the starting point. The feeling of luck and happiness with my prize is what I still feel to this day when I get an autograph. So I guess it takes a fake Debbie Gibson to create a real Queen.
This concert was a magical night spent with not one, but two Debbie Gibsons.  It was a rare and memorable time that sealed a childhood passion that I was lucky enough to relive as an adult.
To catch Tiffany and Debbie Gibson at a city near you:
http://www.livenation.com/