For a Classic Deli Experience 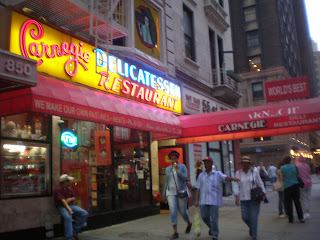 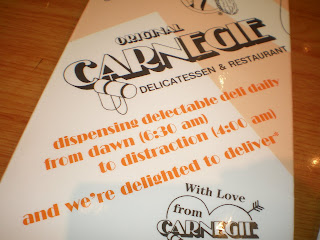 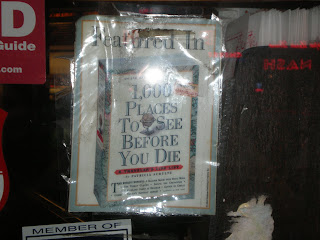 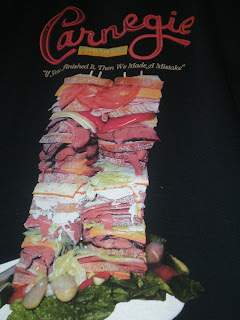 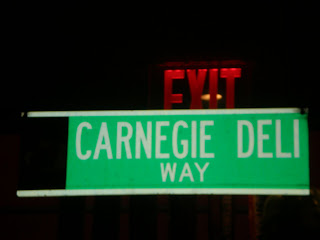 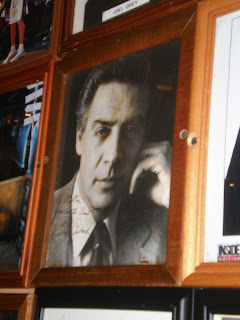 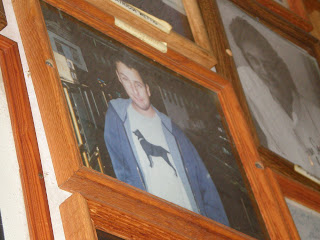 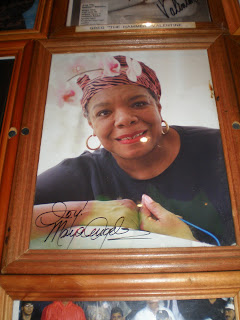 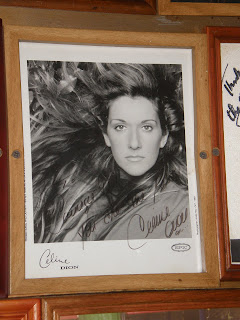 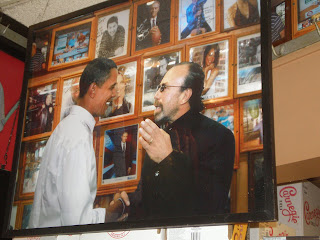 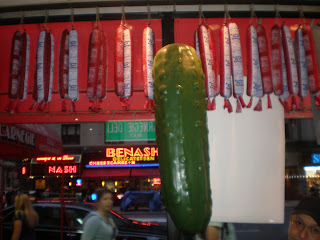 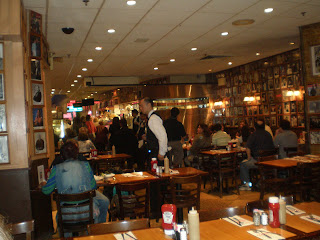 Another item can be checked off my 2011 to do list!! And even better I can also cross it off in my book “1,000 Places to See Before You Die”, which is my guide to life. I have finally been to the legendary Carnegie Deli. Now I know why it is so famous: because it is so good.
The Carnegie Deli opened in 1937 across the street from Carnegie Hall. They are known for their sandwiches that stack piles upon piles of meat so high they could touch the heavens. The Deli was immortalized in Woody Allen’s film, “Broadway Danny Rose.” The Deli’s slogan is “If you can finish your meal, we’ve done something wrong.”
From the outside it doesn’t look like a place that is written about in every New York guide. It actually looks like a bodega from across the street. However once inside, it is adorable! The walls are lined with framed, autographed photos of the celebrities that have been there. If you are there when it is crowded, the seating will be close quarters. The Deli does not take reservations and I have heard that the line can wrap around the block. Luckily for me I was there at an odd time of day, 5:30 p.m. on a Saturday, which apparently was the perfect time. My party and I walked right in. But by the time we were ordering it started to get packed. The only positive side if you have to wait, the service is incredibly fast and it appeared so are the diners, so the turnaround shouldn’t be too bad.
Ok enough business, time for the food!! 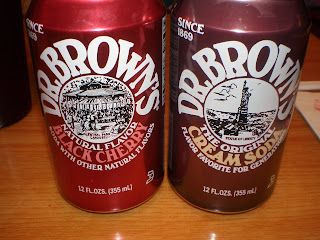 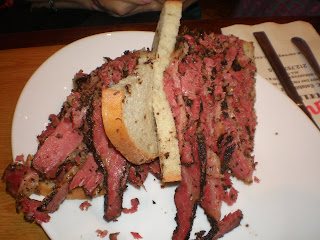 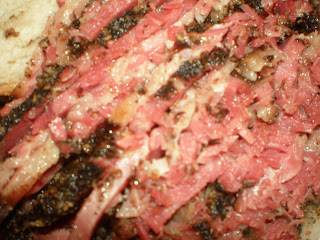 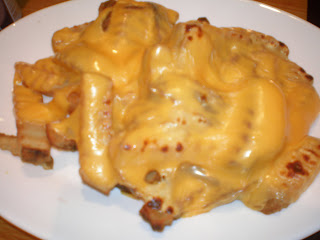 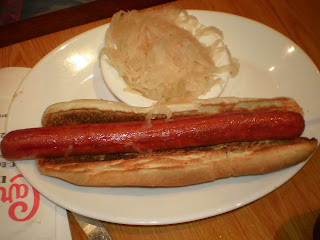 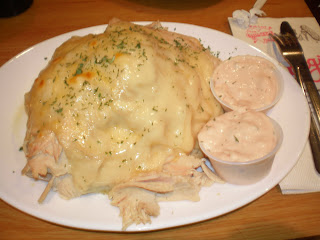 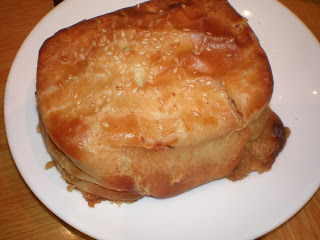 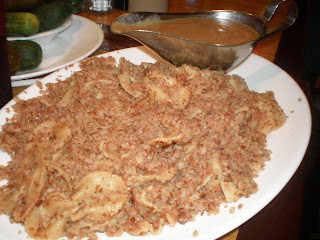 As you can see we sampled a little bit of everything. I was with three other people, so I was able to try everything on my list (yes I had a list in mind of what was a must eat here.) For our entrées we ordered: a pastrami sandwich, a turkey Ruben, a hot dog, cheese fries, a potato knish, and order of kasha varnishkes.
Everything tasted better than the next.
Here are my individual critiques:
Even though we were filled to the brim, there was no way I was leaving without trying at least one of the gorgeous desserts I saw spinning in the display case. 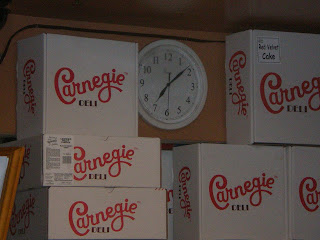 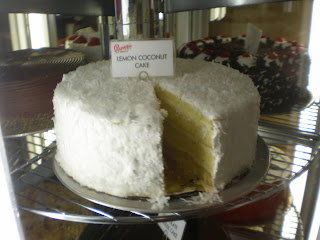 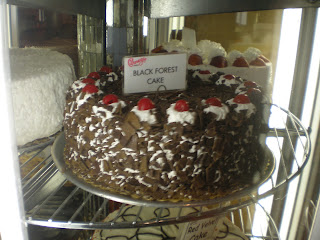 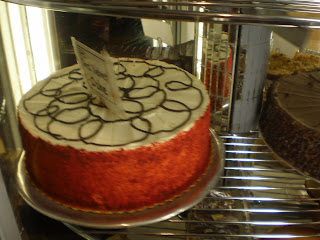 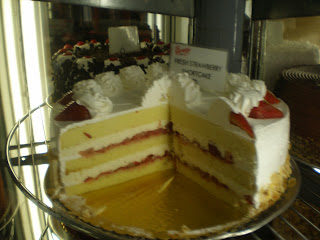 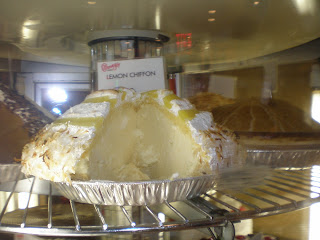 The cheesecake is legendary here. In fact, they ship it all over the country it is that popular. I was undecided but every other person seemed to be ordering the cheesecake. The more slices I saw brought out the more I knew I was getting it.
Previous to this experience, if you had asked me what my favorite place to get cheesecake was I would have said Junior’s. Now I have to say I didn’t even know what cheesecake tasted like. Carnegie’s knocked it out of the ballpark. I still love Junior’s for their food but Carnegie knows cheesecake. The other dessert we tried was the lemon coconut cake. It too was delicious, very moist and rich, but not overpowering. The coconut was so fresh it tasted like it was made that morning. I don’t know if that was the case but either way it tasted like paradise on a plate. 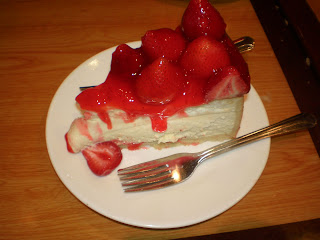 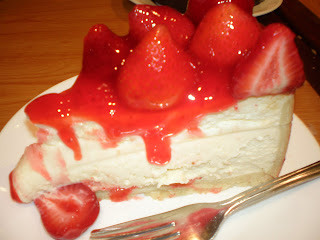 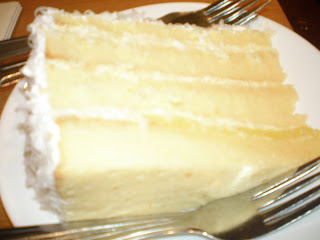 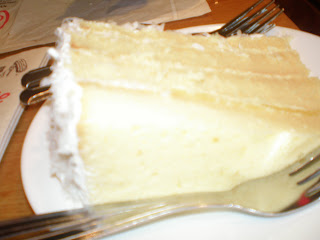 I have never been to Katz’s Deli and now that I am in the classic deli mood I might have to add that to my to-do list for the comparison.
Carnegie Deli was a delightful experience and did not disappoint. After all, their website says “Have a Delicious Deli Day!!” If you come here, you will too.
To plan your trip to Carnegie Deli or to order some cheesecake:
http://www.carnegiedeli.com/home.php
To see Carnegie Deli in the media:
http://www.carnegiedeli.com/press_media.php