For Find Out Friday - Were Elephants One of the First to Cross Over the Brand New Brooklyn Bridge? 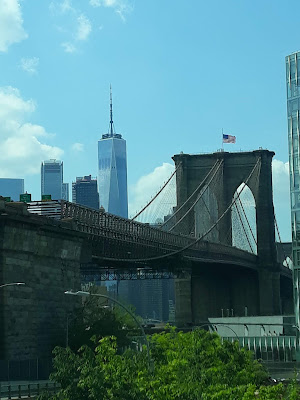 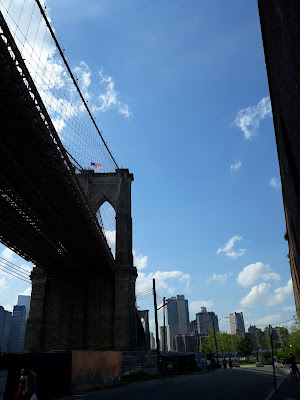 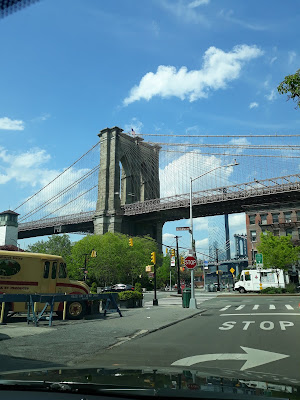 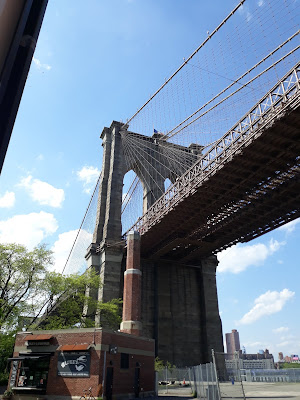 The short answer is yes, sort of.

Earlier today I was relaying this story to my father after having returned from a lovely drive around said bridge this afternoon.

Lucky for me, Brooklyn is a place with so many historic and beautiful places I never tire of taking pictures or telling their stories.

The story of the Brooklyn Bridge opening day is one such story.

If you are not from New York, the Brooklyn Bridge is a suspension bridge that looms over the East River and connects the boroughs of Manhattan and Brooklyn. It is one of the most recognizable images in all of New York.

Construction of the Brooklyn Bridge began on January 2nd, 1870 and fourteen years it opened to the public on May 24th, 1883 (fifteen years before Brooklyn was officially apart of NYC). It was done by one very pioneering family; the Roeblings. John Roebling was a German born American immigrant who was also a brilliant civil engineer. His original designs took three months to put together. However, due to illness and his eventual death, it was actually his son Washington and daughter-in-law Emily who supervised construction and managed to bring this bridge to fruition. 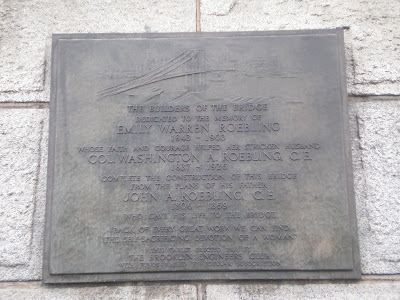 At the time of its opening it was the longest suspension bridge in the U.S.A. However in 1964, it lost that title to another NYC fixture: the Verrazano-Narrows Bridge. 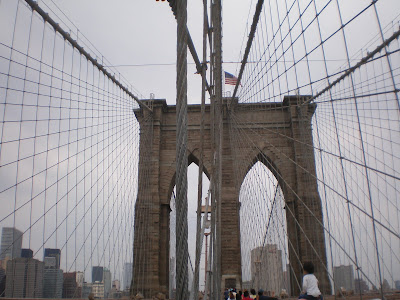 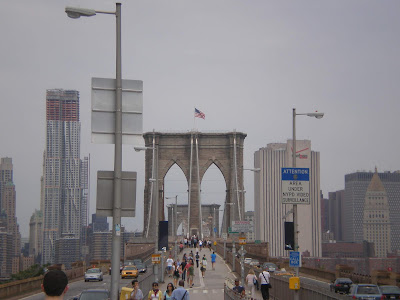 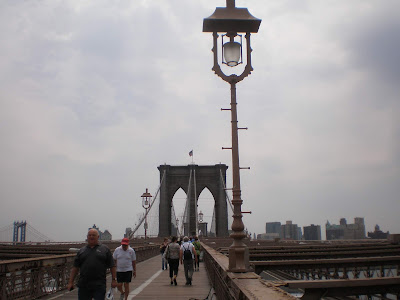 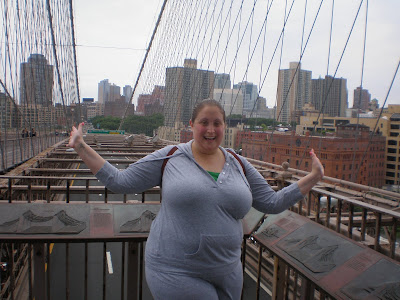 Although the Brooklyn Bridge has undergone many transitions in its long history, currently only passenger vehicles, as well as bicycle and pedestrian traffic are allowed. Ten years ago I actually walked from the Brooklyn side over the bridge and then walked all over Lower Manhattan. It was magical.

Now about those elephants………

The day the bridge opened there was a great amount of fanfare as you can imagine. There were speeches by President Chester A. Arthur and New York Governor (and future president) Grover Cleveland. There were also fireworks to impress the large crowd that had formed.

Mrs. Emily Roebling was among the first to ride over the finished bridge. After her there were about approximately two hundred and fifty-thousand people to follow suit on foot in the following twenty-four hours.

But then tragedy struck - sort of.

On May 30th, 1883 (six days after its opening) a woman who either tripped or a rumor of the bridge’s imminent pending collapse sparked fear into the thousands who were crossing at that time. Then mob psychology took full effect leading to a massive stampede that resulted in the deaths of twelve people and serious injuries in about another thirty-six individuals.

The craziness of this day made people so fearful of the bridge that something had to be done. After all millions of dollars and fourteen years of hard work (which also resulted in many deaths) had been spent on this project.

To ensure that the bridge was perfectly safe and strong enough to support those crossing over it on foot or in carriages, a showman was called him. For those of you who saw the movie featuring Hugh Jackman, you will know him as “The Greatest Showman”. That’s right I am talking about the one and only P.T. Barnum.

At the time he had a museum and touring circus act that included a menagerie of exotic animals.

Though he had offered to have his animals walk across the bridge when it was first opened, it wasn’t until May 17th, 1884 that his offer was taken up.

On that day, twenty-one of his elephants (including the infamous Jumbo), along with seventeen camels walked across the Brooklyn Bridge - from the Brooklyn side to Manhattan.

Until today I did not realize that camels also accompanied the elephants.

The success of this spectacle was two fold. First, it made everyone relax and feel free to use this magnificent bridge. Second, it gave Barnum great publicity for his shows. The greatest showman indeed.

The rest, as they say, is history. 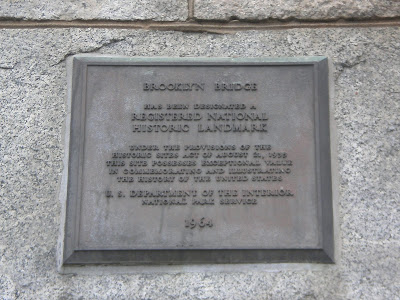 On October 15th, 1966 the Brooklyn Bridge was added to the National Register of Historic Places. On January 29th, 1964 it was designated as a National Historic Landmark. Last but not least, on August 24th, 1967 it was given the honor of New York City Landmark status - which should have been automatic as far as I am concerned.

Another mostly unknown fact is that on both sides of the bridge, there were secret sections at the bottom. They are known as the wine cellars because they are dark and damp and at one time actually held wine.

It is said that rent for usage of the cellar on the Manhattan side went for a thousand dollars, while its sister on the Brooklyn side went for five hundred. It is speculated that these fees helped pay down the enormous cost of creating the bridge. These fifty foot vaults were closed in the 1930s and there is currently no public access to them.

As if this wasn’t enough, in 2006 during a routine inspection of the bridge, additional compartments were found that were hiding food and water rations along with medical supplies. It is thought these were stock piled during the Cold War and forgotten about afterward.

This is very much an abbreviated history of the Brooklyn Bridge but highlights many of the facts I find fascinating.

It is also just one of the many reasons I love my borough and will remain Brooklyn proud until my last breath.