For My 38th Birthday Dinner: “Calexico” 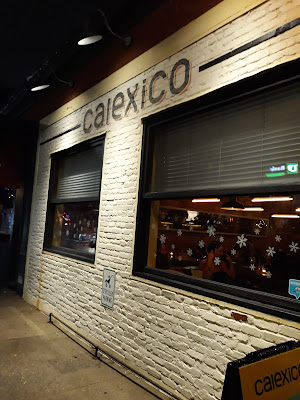 I wasn’t sure what I wanted to do to celebrate my birthday. I knew I wanted a good meal and a low key celebration that also felt special. By the time my actual birthday rolled around I knew I would be going on a mini vacay to Philadelphia with some family members, so on my actual birthday I just needed a good birthday dinner. After a few Google searches I found what I was looking for: Calexico.

I had never heard about this restaurant before but once I did and did some research, I knew this was a place I had to try. Mexican food has long been a favorite of mine, so much that I spent my 34th birthday at Javelina in NYC.

I am always on the hunt for a good burrito which is how Dos Toros ended up on my annual to do list.

Calexico’s menu had all the ingredients for a happy birthday: margaritas, guacamole, and burritos. I was sold.

Though I had never heard of it, clearly it was a popular place. 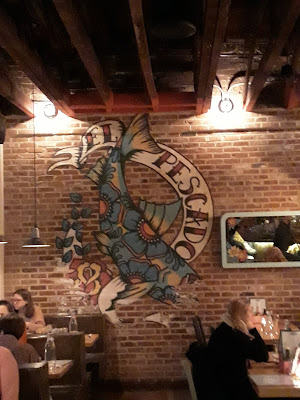 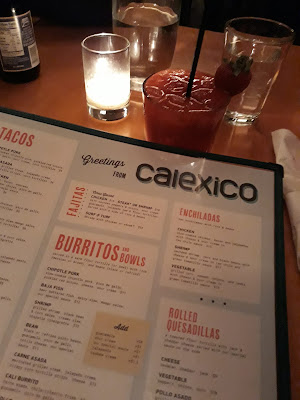 Named for a small town on the border of California and Mexico where the family behind it are from, the restaurant first got its start as a mobile operation via a street cart in Downtown Manhattan. Now there are nine locations including a street cart in Soho. There are also locations as typical as the East Village and surprising as Bahrain. I visited their Park Slope restaurant. 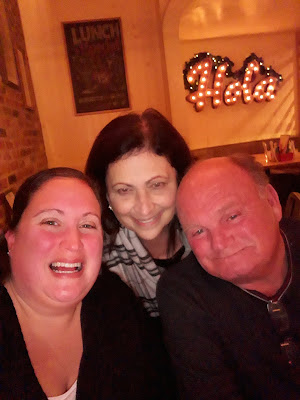 By the time I sat down I already knew what I was ordering but I still took time to read the menu. Don’t ask me why. 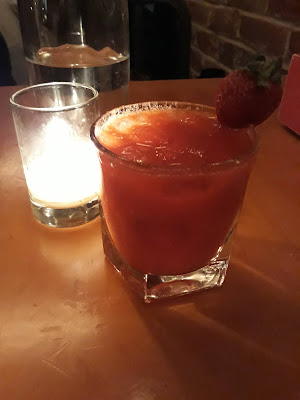 I immediately ordered a strawberry margarita and promptly made it vanish. Soon another one was on its way. This is my way of telling you that this it is by far the best margarita I have EVER had. There were chunks of fresh fruit at the bottom and it was the perfect balance of sweet and salty without being too strong. 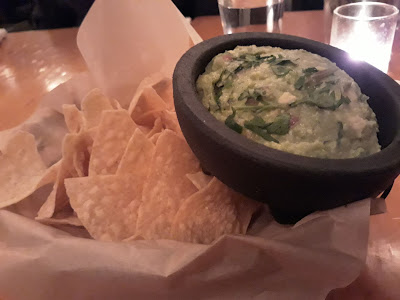 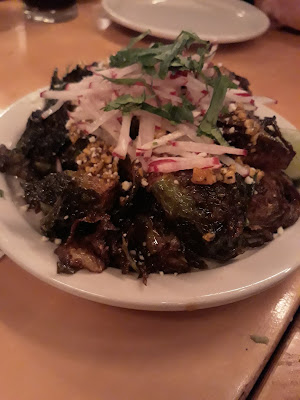 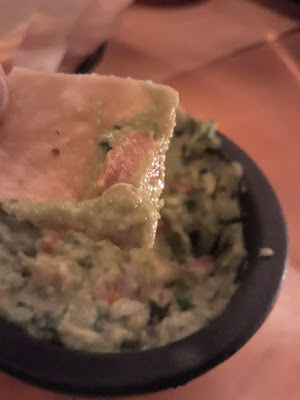 As for the appetizers I went traditional with an order of guacamole and chips while my father decided to try the Brussel sprouts. I have never seen them on any other Mexican restaurant menu and while they were good I wasn’t really in the mood to eat more than one or two. My father on the other hand devoured them. My focus was on trying to get as much of the guacamole down my throat without actually licking the bowl. Once again the best I ever had. 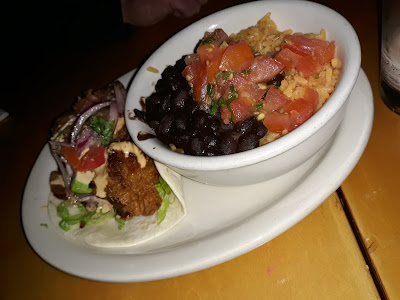 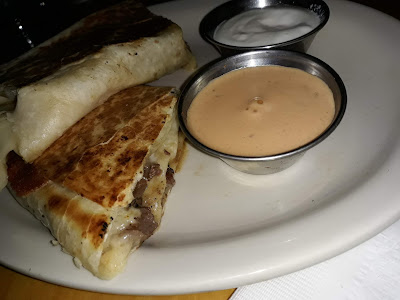 For an entree I ordered the chicken burrito. My mother orderer the steak tacos and my father ordered the fried chicken tacos. Both really enjoyed their meals. I took only a few bites of my meal because after those two drinks and a full basket of chips and guac I was beyond full. Later on that night I ate one half of my burrito and finished the second half the next day. 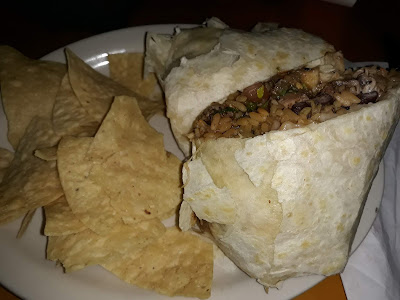 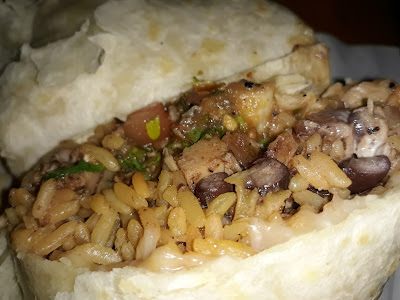 The burrito was large and in charge and very enjoyable. While I have to be honest, it was not the best I ever had, it was quite good and I would happily order it again. Although if I had the chance I am feeling like I would be happy with a drink and trying the smoked queso dip. Or maybe the steak tacos, they are lingering in my mind’s eye and the portion was a bit smaller - allows more room for dip!

Overall I had a great night and I was pleased with my selection. I really loved how charming the decor was and how friendly the staff was. Despite not being able to make reservations I only waited a few moments for a table. It was the perfect amount of turn over AKA checked all of my boxes.

There is no celebration that a perfectly crafted margarita and delicious bowl of guac shouldn’t be a part of.