For Find Out Friday - When Did We Begin Counting Down to Christmas? 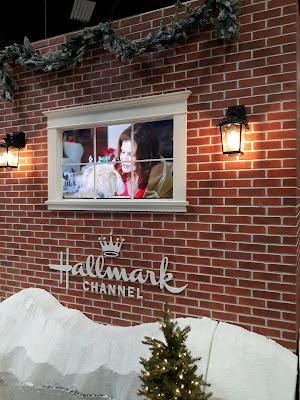 Well, it’s officially a month since Christmas. Although you wouldn’t know it in my house since I only took down my decorations about ten days ago. However, I have seen some houses that still have reindeers and Santas on full display in their front yards so I don’t feel so bad.

Never-the-less there are those who have already begun counting down to this year’s festivities.

Those who are fans of the Hallmark Channel are certainly among this group.

I, myself, already attended a Hallmark sponsored event known as “ChristmasCon” back in November.

That event was the first annual although there are said to be two this year. One in Los Angeles as well as a return trip to New Jersey. Dates and specifics are TBD.

But we all know Hallmark has been counting down to Christmas FAR longer than that.

So I was curious: How did it all began?

This past year, 2019, marked the tenth anniversary of Hallmark’s Countdown to Christmas. But that number is arbitrary.

It turns out Hallmark wasn’t the first network on television to Countdown to Christmas!!!!

That honor actually goes to ABC Family who began "25 Days of Christmas" in the 1990s. Those movies featured actors from some of the most famous pop culture shows, such as Mario Lopez (Saved By the Bell) and Joey Lawerence (Blossom).

That formula wasn’t lost on Hallmark as almost any movie they debut features Lacy Chabert or Candice Cameron Bure. In fact, actors of all generations who had seemed to vanish now have a second chapter in their careers thanks in part to the Hallmark Channel.

The first Hallmark Christmas movie took place in 2002 (the channel launched in 2001), and the Countdown exploded in 2010. By 2014 Crown Media Family Productions were able to produce even more material and movies that they owned outright.

Most of the films are made in Canada and filmed in just two to three weeks. That helps keep costs down and attract stars that are also attached to other projects.

As for the wide reach these movies have, despite the lack of diverse casting, the appeal seems to be universal: happiness and love. In a world filled with so much stress, viewers like turning on a movie with a predictably happy ending. It is also a good source of family friendly fun.

Hallmark’s Christmas movies draw over 70 million viewers and each year increase the amount of movies made to accommodate them. 2019 saw a record high of forty plus such movies. Their secondary channel, Hallmark Movies and Mysteries had an additional handful.

When this Countdown first started to gain traction, many of us (myself definitely included) made fun of these cheesy stories that always have basically the same ending. But that high, very large viewer audience has convinced several other cable networks to join in and cash out. This past year alone there was “It’s a Wonderful Lifetime” and “OWN for the holidays”. Netflix is even starting making Christmas movies and streaming them all season long. I’m sure Amazon isn’t far behind.

Both Hallmark and Lifetime premiered moves as early as the end of October.

The Countdown movies had been so successful that there are movies being made to celebrate winter, Halloween, Valentine’s Day, and so on. I believe there is even a Christmas in July movie season.