For the Irish and Their Infamous Hot Oil Pizza: “Colony Grill” 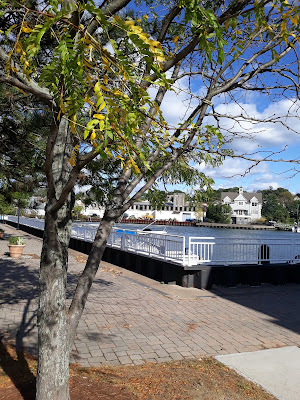 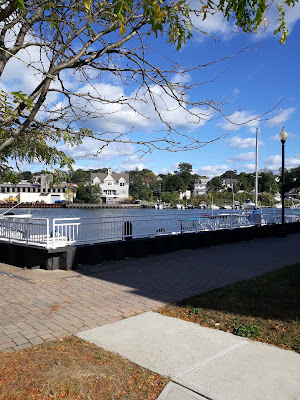 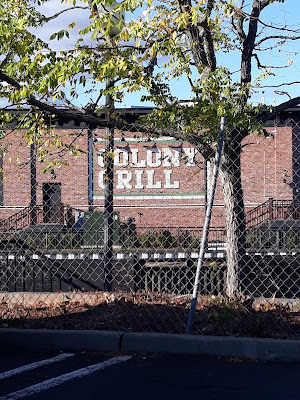 I had just had the greatest thin crust pizza of all time.

And it was made by Irish people, originally at least.

I know your mind is blown, right?!!

Mine too. Actually so was my tongue ever since I visited the Port Chester location of Colony Grill. 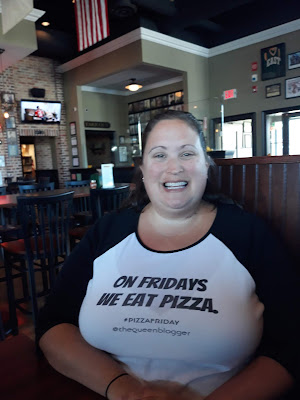 I have never heard of such a thing so my interest was of course piqued.

The other interesting tidbit was that they first opened in 1935. That is a whopping eighty-four years ago!

If there is anything I love as much as pizza, it is certainly history.

The original location was in Stamford, Connecticut and is still in existence today. First opened by Irish immigrants, the pizza this bar would be come known for is essentially a combination of the ethnicities found in America at that time. 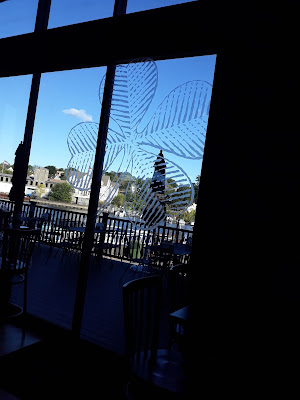 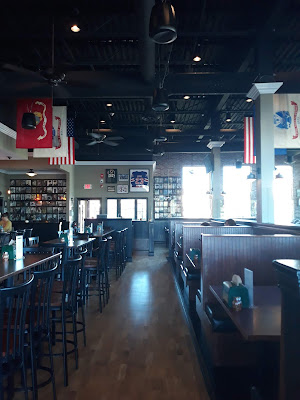 After returning home from World War II, two former employees Eugene Bohannon and Jimmy McLaughlin purchased the original restaurant. The expansion was the brainchild of four die hard fans and friends: Paul Coniglio, Cody Lee, Ken Martin and former New York Rangers captain Chris Drury. These guys wanted a location of their favorite pizza joint near them in Fairfield County, CT and it was a brilliant idea. They are know currently in charge of operations (Bohannon still has a fifty percent stake). 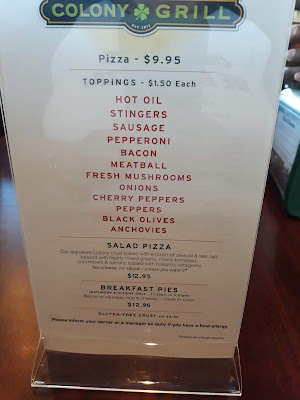 Originally there were other items on the menu but now it is just pizza. Ironically the only part of the menu that has grown in recent years is the list of beer served.

I visited the most recent addition to the Colony Grill family, as the Port Chester location opened just last year. In addition to Stamford there are three other locations in various parts of Connecticut.

I was initially surprised by how big the restaurant was, especially considering how small the menu is. 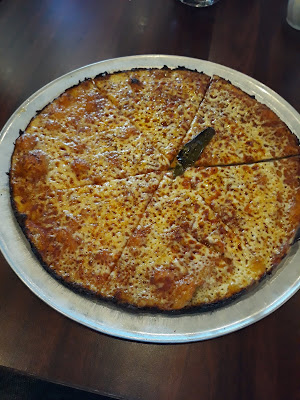 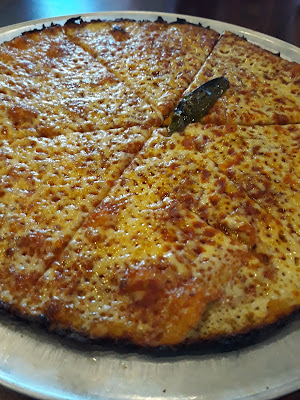 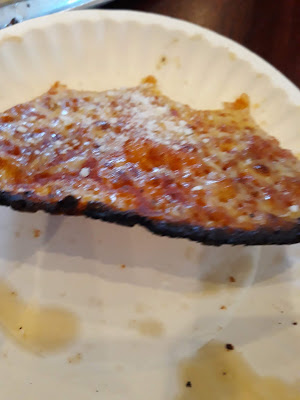 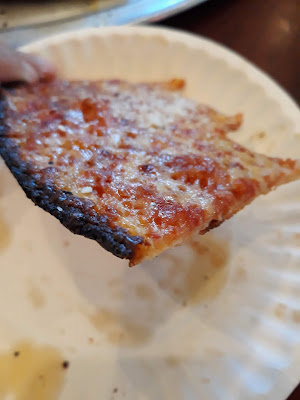 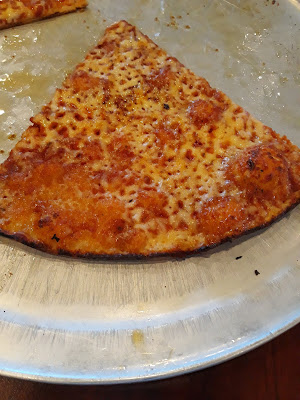 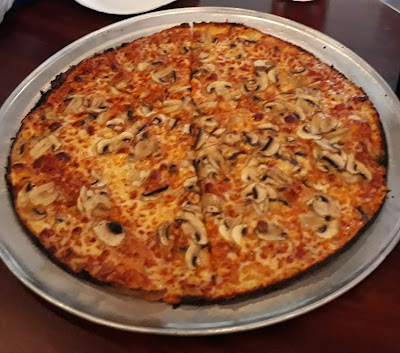 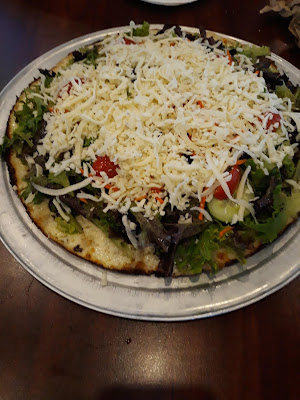 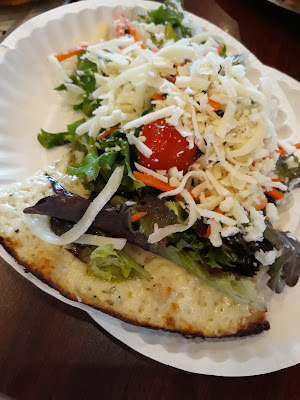 I was there for the hot oil pie, but there are all the usual pizza toppings available as well as salad and breakfast pies. Each pie is twelve inches and its so thin you can easily finish one by yourself; two if you are starving.

I was with two other pizza enthusiasts so we decided to get three pies to try. Of course there was the hot oil, which my waiter explained to me is made from a secret recipe and pairs well with sausage or bacon. I opted to try it in its pure form. We also got a mushroom pie sans oil, and a salad pie.

As someone whose body does not process spice well I was STUNNED how hot but not it was. By that I mean that it had a nice mild heat to it but after you swallowed there was no dreaded burning in your throat or esophagus. I have no idea how they make it but I wish they bottled it up and sold it. It was that good, that original, that special.

The mushroom pie was also pretty good but it would have been even better with some hot oil on top.

As for the salad pie, that was my second favorite. It was seriously piled high with salad but the pizza didn’t lose its crunch despite it being dressed already. The salad pie doesn’t ordinarily come with sauce and cheese but you can ask for that. I opted for cheese but when my waiter asked if I wanted the cheese melted on the crust underneath the salad or tossed on top I said YES. It was one of the smartest decisions I have ever made.

What was so shocking about each pie wasn’t just how delicious it was, and it was. But rather of all the thin crust pizzas I have tried, that this was by far the best. There are three reasons for this.

The first is that it is not cooked in a coal or wood burning oven. It is actually baked inside an oven.

Secondly, “the crust” is far from traditional meaning that there isn’t a spot on any slice where there isn’t sauce, cheese, or a topping. There is no barren land.

Thirdly, there was a nice char to the edge that was so crunchy but in no way hard to bite. I never felt like I was in danger of breaking a tooth.

The thinness and texture of the pizza wasn’t a happy accident. It was the entire reason for its existence. When Colony Grill first opened there was a need for food for patrons that fit on the counter at the bar and that could be easily eaten with only one hand. After all the other hand was needed to drink beer!

I believe it was originally also made on a grill but alas that has gone too.

All of these things combined made this a pizza I will not likely forget any time soon. It easily places in the top five I have ever had. If you follow me on #pizzafriday you know what a compliment that is.

Aside from the UNBELIEVABLY delicious pizza, there is more to love about Colony Grill.

The history is present in every corner, even in this new location. All employees hired are taught the legacy they represent. There is also mementos all over the restaurant. 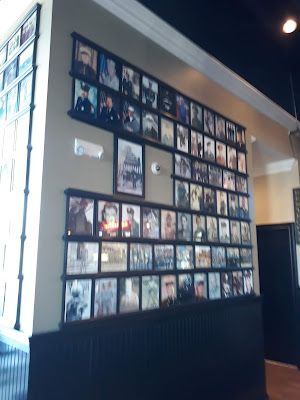 Take for instance, the “Wall of Heros”. Each restaurant has a designed space, in Port Chester it was fairly large, to honor first responders and those who have served our country. This sense of honor and community makes you aware that you aren’t in it just for the pizza.

After finding out that Colony Grill has a pizza truck you can rent for private events, I now know how I will be spending my birthday this year. I just hope the truck fits in my driveway. Actually, I hope it gets stuck.