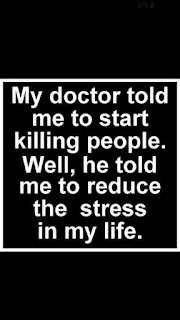 In 1995, the movie “Dangerous Minds” was released and it was the highlight of my summer. I went to see it twice and back than they really made sure an adult was with you when you saw a movie that was rated R. The adult who accompanied me was my mother. My fourteen year old self, with the iconic Rachael Green haircut, was ecstatic.

One of the greatest parts of that movie, was the theme song by Coolio. “Gangsta’s Paradise” is still my jam though I hadn’t heard it in quite a while.

That is until this past Saturday.

After I walked into IDCon, I heard it many times. Each time it brought excitement from the crowd, including myself. 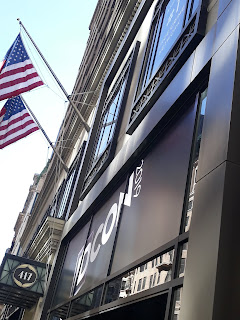 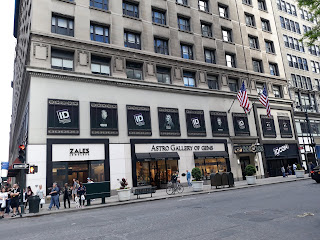 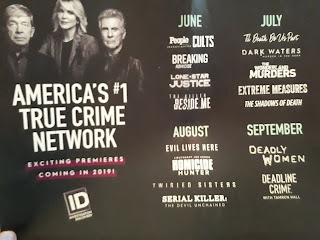 IDCon is turned four years old this year but I only found out about it in late March. Each time it was held in NYC but this was the first year it was held at Center 415 in Midtown Manhattan. This was the largest crowd (approximately six hundred people) they have had thus far. And naturally the best because I was there.

Originally this year I thought I was going to another crime convention; CrimeCon, which is being held in New Orleans this year. Each year it is held in another city and features podcasters, journalists, detectives, prosecutors, and many others famous for their work in the criminal justice system.

I really had my heart set on going but as with many things in life, sometimes things just don’t go your way.

It was around the time I realized that I would not being going to CrimeCon when I stumbled upon the realization that there was a crime convention in my own city. Not only that, but it was based on the televisions shows featured on the ID Discovery Channel which is my all time my favorite channel. This was fate.

Unlike CrimeCon, which is three days long, IDCon was only one day. It was also less than half the price, with a large portion of each ticket sale going to support the Silver Shield Foundation. That is an organization that aids families of first responders killed in the line of duty. There was no down side to my attending. 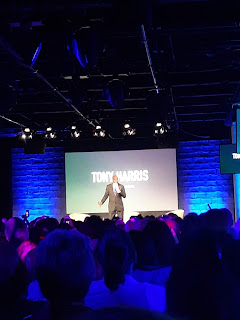 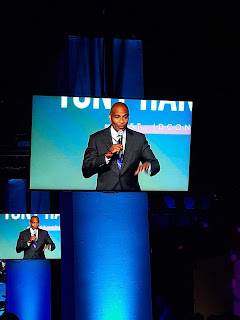 The event was hosted by Tony Harris, known for his show “Scene of the Crime”. I was a fan of his but his emceeing was a bit too corny for my tastes. 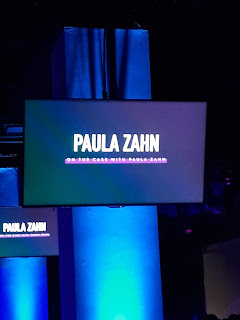 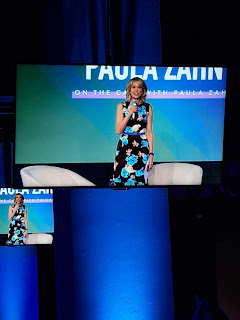 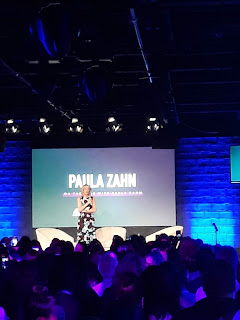 The show opened with a favorite of mine; Paula Zahn, host of “On the Case With Paula Zahn”. She couldn’t stay but gave us a brief intro into the events of the day. 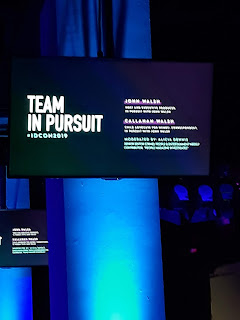 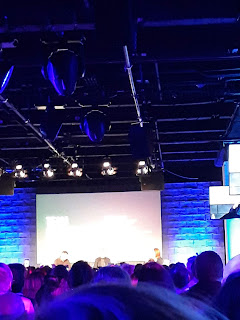 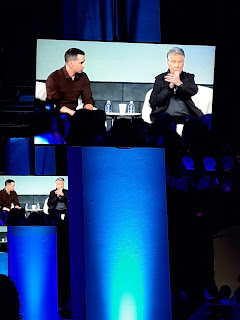 John Walsh and his son Callahan, from “In Pursuit With John Walsh” were apart of the first panel discussion. Just being in the same room, only a few feet from this man, was powerful. I so admire what John Walsh and his family have done. They took the excruciating pain from the murder of their six year old son Adam, and used it as motivation to change the world.

The Walsh family created “The Center for Missing and Exploited Children” from their home and now the amount of services they offer is truly staggering. They are funded largely by donations and I can’t think of a better place to give any spare change you have laying around.

Sadly, they too were not be able to stay for a photo op either, as they were on their way to a fundraiser for “The Center".

But speaking of photo ops, that was the highlight of my day.

It was so properly organized, so that everyone who wanted to take pics with their favorite TV stars were given a chance. We were all divided into two groups and in the most orderly fashion, asked to hand over our phones, as we walked in a line, taking a pic with each of our heroes after exchanging brief pleasantries. 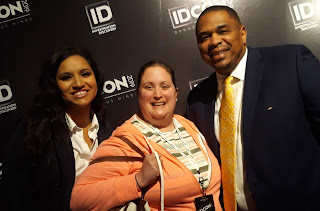 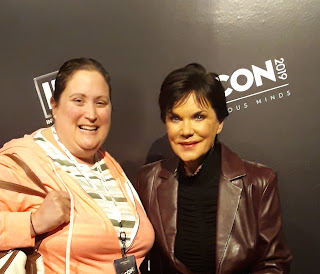 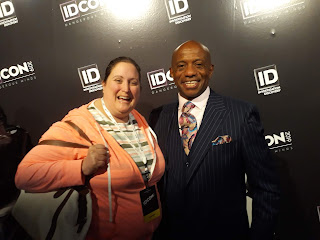 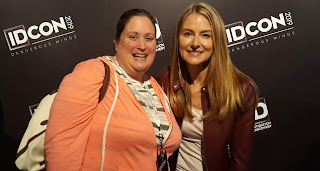 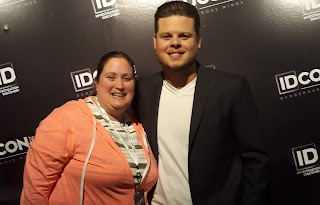 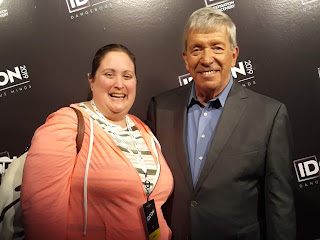 Just as there was so much I enjoyed, there was a portion of the day that annoyed me. Mainly I didn’t like the schedule. There was A LOT of down time. While waiting for the first group to get there pictures taken (roughly three hundred people) there wasn’t a lot to do. They had a few booths set up for those wanting to get a fake tattoo or take a lie detector test, but aside from purchasing a t-shirt, none of those activities appealed to me. I understand they couldn’t have panel discussions that half of us would miss but it sucked to be waiting around.

I stuck around because the two other panel discussions I cared most about were the last two of the day. They included Candice DeLong and Joe and Kathy Kenda. 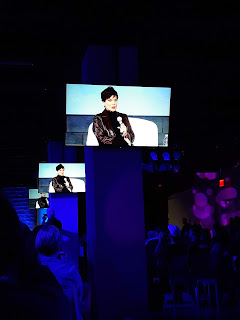 Candice DeLong, formerly a psychiatric nurse, was recruited by the FBI to work as a part of the original BAU team. Any one who has seen even one episode of “Criminal Minds” will recognize that is the team tasked with profiling and solving some of the worst crimes imaginable. Candice herself was apart of the team that helped solve the Unabomber case.

Then there was a surprise.

It was another ID legend, Ms. Tamron Hall!! 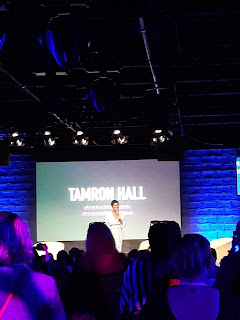 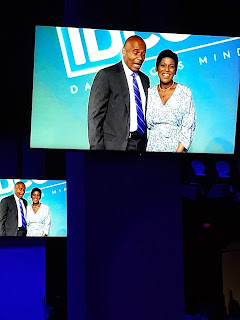 I love her show “Deadline Crime”. She made an extremely brief appearance to say hello and thank fans for their support. She was at home with her three week old son gearing up for the new season of her ID show as well as the September premiere of her daytime talk show.

Then it was time for the “Homicide Hunter” himself; Joe Kenda. 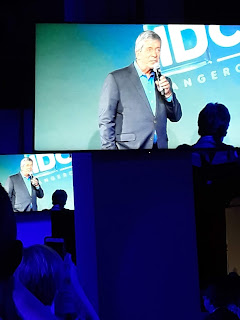 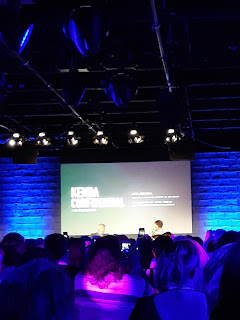 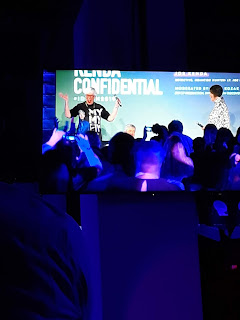 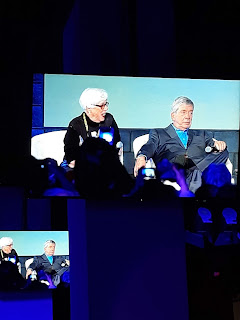 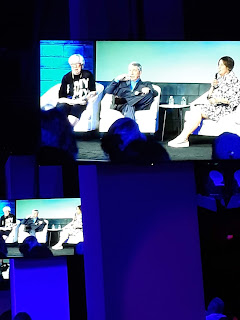 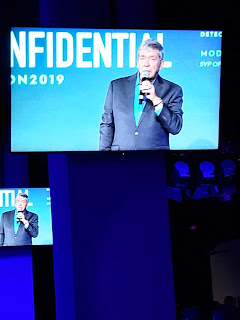 Detective Kenda has one of the most popular shows on ID. It details the more than three hundred plus crimes he solved as part of the Colorado Springs Police Department. Here he let us know first hand that the show’s ninth season, which premieres this summer, will be its last. Kenda went on to say that he will continue working with the network on other projects. No other details were given at that time.

What made his appearance special was that his wife joined him on stage. Kathy Kenda is a true crime addict herself and was glad to answer fan questions about her now famous husband. Together this husband and wife duo could rule the comedy world. It was wonderful to see the personal side of a man who is mostly known for his ability to catch the worst of the worst. 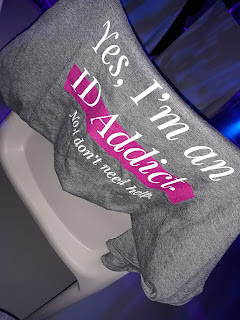 Overall, I was thrilled to be able to attend an event where I was literally with my people. People who like me appreciate the genre of true crime for what it is and that is most certainly not as a gawker of other folk’s pain. It is part mystery, intrigue, fascination, as well as the urge to understand actions that are truly incomprehensible. This is what binds us, the true crime watching community. 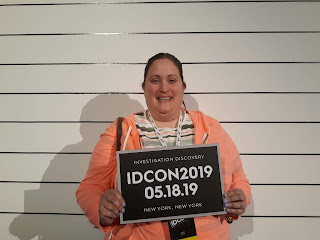 Ever since Comic Con began, the “Con” business has continued to grow. BookCon is coming to NYC on June 1st, and CurvyCon will take place in September. Basically there is a “Con” for just about anything that peaks your interest.

Yesterday, I found out about a “Con” that might be more exciting than any another I have ever heard of. That would be the first ever “BravoCon”!!

Yes, all you Real Housewife, Shahs, Southern Charm, and Andy Cohen fans, NYC is about the host the first ever convention dedicated to all things Bravo. It will take place from November 15-17 with the schedule and venue currently listed as TBD.

One thing is for certain though: I will surely be in attendance. Tickets are slated to go on sale some time this summer so keep your eyes peeled to social media to find out more.

It will surely be a different kind of crowd, but make no mistake, they too will be my people.

If I don’t see you there, no worries. You can read all about it here.