For Find Out Friday - What’s In a Name? 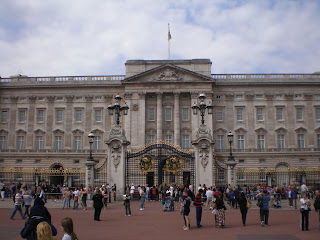 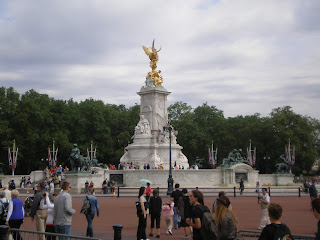 I am tempted to ask; “Will the real Slim Shady please stand up?”

I have long wondered why popes and royals like do not always use their given name when they rule.

The more I watch shows like “The Crown” or “Victoria”, the I wondered about the changing of the names. After thinking about it for a while, it occurred to me that popes seemed do the same thing.

As commoners (and Americans) we are called by the name given to us at birth, unless we come to be known by a nickname. Then they are the outliers like my great uncle whose real name was Vincent though my mother grew up calling him Uncle Jimmy. In fact, she only found out his real name on the day of his funeral. Italians, they make no sense sometimes but I am what I am.

The first thing you should know is that the name a pope or a monarch comes to be known as, is called “a regnal name”. That is a fancy way of saying they are choosing what they would like to be called in their new position. Depending on how many others have already had that name there might also be a regnal number assigned as well. Take for instance John Paul II or King George VI.

These names and numbers signify to the world how the respective pope or monarch aligns themselves as well as the legacy they hope to fulfill. 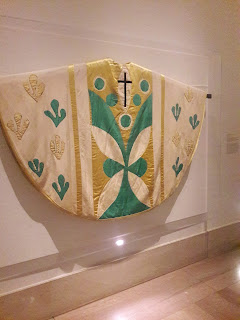 The earliest known change for a pope was Pope John II in the year 533. His given name was Mercurio, which was Roman for Mercury. Not wanting to hold the name of a pagan God while acting as pontiff, he changed his name.

What is really interesting is that in the history of the all things holy, the last pope who used his given name was Adrian VI in the year 1522! He was also the last non-Italian priest to have the job until 1978.

Other interesting facts associated with this information:
Now as for those crazy royals we all can’t get enough of.

The entire name situation is peculiar on many levels. For starters they do not have “normal” last names. As we found out when Prince Harry and Megan Markle’s son Archie was born earlier this month, the current house of Windsor uses the hyphenated last name of Mountbatten-Windsor.

This hyphenated last name first began in 1960, eight years after Queen Elizabeth II took the throne. She wanted to pay tribute to Prince Philip’s ancestors while keeping the name, Windsor, that has been used for her line of descendants since King George V. It also allows for these family members to be able to distinguish themselves more easily for others in the Windsor clan.

In fact, the reason these royals use Windsor at all dates back to a change made by King George V in 1917, after already having been king for seven years. Previously the surnames, if used at all, for the royal family was the House of Saxe-Coburg-Gotha. However, those names included tributes to their German heritage which was not popular with the World Wars raging on.

King George V declared: “All descendants in the male line of Queen Victoria, who are subjects of these realms, other than female descendants who marry or who have married, shall bear the name of Windsor.”

While surnames are not truly needed for royals, as they are so well known, they are typically refereed to as His or Her Royal Highness. The surname is the House they are from such as Windsor.

But when it comes to a monarch’s first name all bets are off.

Queen Victoria was born Alexandrina Victoria but decided to go by Victoria because that was the name she preferred. King George VI (Queen Elizabeth II’s father) took on the name George to pay tribute to his father, after his brother King Edward VIII adbicated the throne to marry Wallis Simpson. King George VI’s real name was Albert Frederick Arthur George Windsor, apparently called Bertie for short before becoming king. As if this wasn’t confusing enough, former King Edward VIII was born Edward Albert Christian George Andrew Patrick David, but was called David by those who knew him.

Just like within the Catholic Church, monarchs can choose their regnal name as to honor those closest to them. Or simply because they prefer one of their numerous middle names.

But things have calmed down.

For instance Prince William, aka the Duke of Cambridge, only has three middles names: William Arthur Philip Louis Windsor. His son Prince George, only has two: George Alexander Louis Cambridge (honoring the title his father was given after his marriage to the former Kate Middleton).

Whereas a pope decides the name he will use right after he is elected and all the white smoke has been seen; a new monarch declares their new name right before attending his or her coronation. In both scenarios it is the only name they will use from that moment forward. 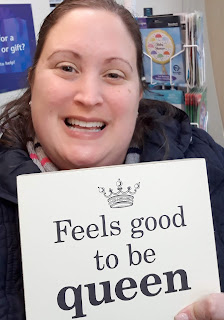 Queen Elizabeth II, when asked what name she wanted to use before her 1952 coronation, famously said: “My own name, of course. What else?’'

Queen Latifah said it best: “But don't you be calling out my name”. But I suppose she meant us regular folks, not those of religious prestige or royalty. How ironic though, considering the title she chose when she renamed herself after no longer wishing to be called by her given name: Dana Owens.

I too am in this group now as I have rechristened myself “The Queen of F-cking Everything”.