For a Ride on “Jane’s Carousel” 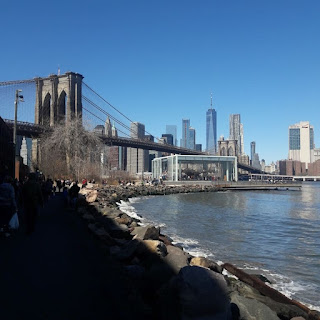 It sits in a clear box upon the river marked by the Brooklyn Bridge behind it. On a clear day when the sun is shining just right it looks like a jewelry box the heavens laid down and forgot about. Such was the case when I visited. 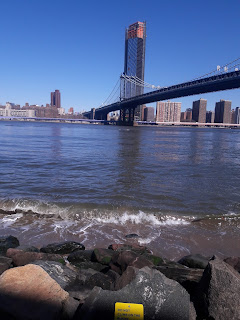 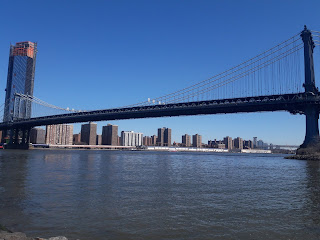 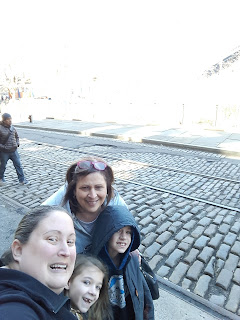 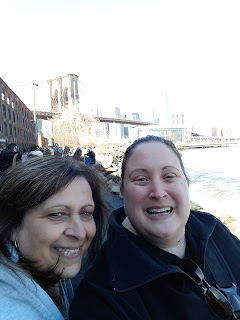 I have always heard about the historic Jane’s Carousel and see countless pictures on Instagram of many folks having fun there. In it located in the heart of DUMBO (Down Under the Manhattan / Brooklyn Overpass - for you non-Brooklynites) in what is now a completely rebuilt and booming area.

I haven’t been down there in some time except for a quick bite or two. The last time being over a year ago when I visited Patsy Grimaldi and his newest addition Julianna’s (https://bit.ly/2FN3Vck). 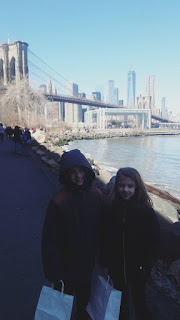 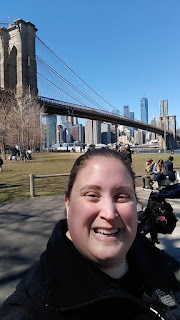 Prior to that it had been years. I had spent one insanely hot day eating at the original Grimaldi’s, Brooklyn Ice Cream Factory, and nearby master chocolatier Jaques Torres (https://bit.ly/2HR6LTE), but that was ages ago.

This time the plan was to take my niece and nephew to Jane’s Carousel and then walk over to Shake Shack for lunch. So that is exactly what we did.

Although the streets were PACKED, I mean literally, it was a good time. There were almost a hundred people in standing in the street trying to take selfies that I wanted to mow down with my car because my honking wasn’t inspiring them to move. That aside I found parking on a side street even though there were several parking garages in the area which was my plan b. 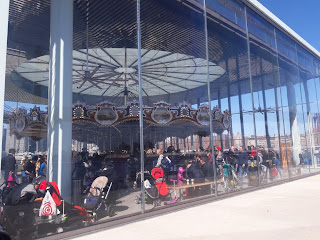 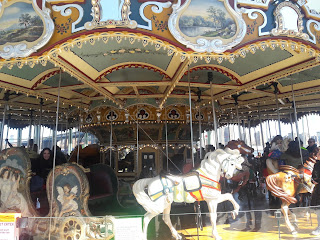 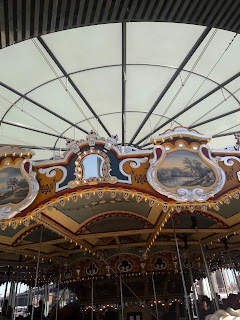 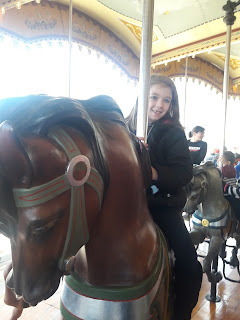 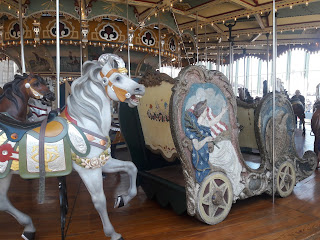 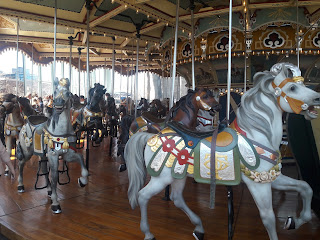 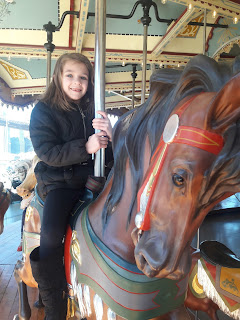 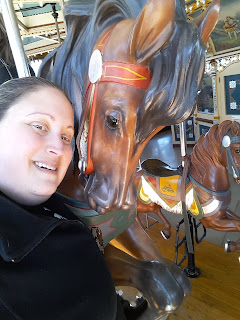 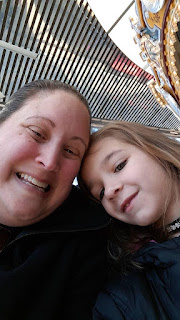 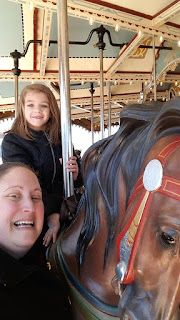 After taking my own scenic pictures we walked over to the carousel. For a nice day the line wasn’t too bad once I figured out where it began. Hint - it is in the opposite direction of the ticket booth.

Tickets are two dollars per person, per ride which I thought was probably the most reasonably priced activity still available in the tristate area.

My nephew is eight and as his sister says: “is too cool for school” so he opted out of taking a spin. He hung out with my mom and I went on with my girl. We rode twice and then my migraine brain was dizzy enough so it was time to eat.

The carousel was built in 1922 and was originally located in Idora Park in Youngstown, Ohio. When that park closed to the public in 1984, the carousel was sold to Mr. and Mrs. David Walentas for three hundred and eight five thousand dollars. Eventually and so that the carousel would have a permanent, year-round location, the couple spent another five hundred thousand dollars to build the glass case where it stands inside of today.

The carousel took many, many years to restore, twenty-two to be precise, before it was finally opened to the public; this time in Brooklyn with a ribbon cutting ceremony held by former Mayor Bloomberg.

Since that day, September 16, 2011, when it was renamed “Jane’s Carousel” coincidentally (wink, wink) Mr. Walentas wife’s name, it has become a beloved part of the DUMBO neighborhood.

The carousel is comprised of forty-eight horses, of which thirty are jumpers, meaning they move up and down. There are also two chariots with a band organ facade.

The carousel was built by the Philadelphia Toboggan Company and carved by John Zalar and Frank Carretta.

Thus, the carousel joined the list of treasures on the National Register of Historic Places (https://bit.ly/2HYJICw) on February 6, 1975, and was the first of its kind to do so.

I am a fan of carousels. They are really charming and a great activity for us young and old. Another favorite of my is in the Forest Park, Queens (https://bit.ly/2wfXNtx).

Both are certainly worth a visit. 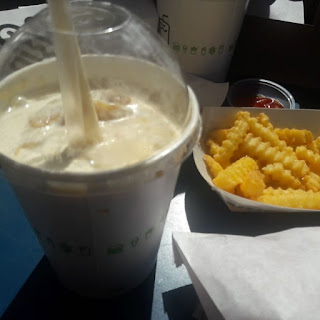 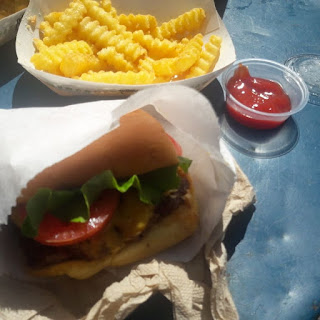 P.S. Shake Shack was a big hit despite the ever hard to find seats. My niece is a notoriously picky eater and loved it! Both kids enjoyed their first visit to their new favorite food chain. Just beware it costs a lot more than the carousel.