Find Out Friday - Why Does Boston Celebrate Patriots’ Day? 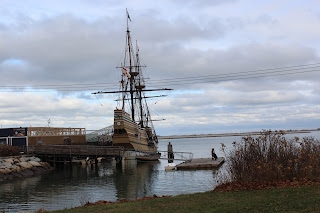 I am a HUGE fan of the Wahlberg family and their burgers. I have visited two of their locations. Once when they were in Brooklyn (https://bit.ly/2KDp5NY) but first I had made a pilgrimage to where it all started; Boston (https://bit.ly/2jxNQyC).

I have a great affinity for the city of Boston (https://bit.ly/2JUmk9s) and even only having been there once, I have great ambitions for my follow up trips.

All of this being so, I was inclined to watch the movie, Patriots’ Day, that tells the story of the 2013 bombing of the Boston Marathon. It happens to star Mark Wahlberg and of course takes place in the city of Boston. It was an incredibly well done movie with an amazingly shocking story.

But what question came across my mind during the movie (besides all of the obvious ones about the state of humanity), was: What is the meaning of Patriots’ Day? And why does Boston celebrate it with an annual marathon?

Patriots’ Day is a holiday only celebrated by three states: Massachusetts, Wisconsin, and now Connecticut (as of this year). Florida doesn’t officially celebrate it but strongly encourages residents to acknowledge the significance of the day.

Patriots’ Day has been a holiday, in Massachusetts, since the end of Revolutionary War. It is the meaning behind it after all.

Patriots’ Day officially commemorates the Battles of Concord and Lexington, which marked the beginning of the War back in 1775. Today in those towns bells are rung to symbolize the moments when they realized the British troops were approaching.

This holiday is not to be confused with “Patriot’s Day” which is to honor the horrors of another war and the events of September 11, 2001.

The Boston Marathon didn’t become apart of Massachusetts Patriots’ Day celebration until the late 1890s. Prior to that, the day was commemorated by fasting and prayer.

But with the dawning of the Olympics in Athens in 1896, foot races proclaiming victory, brought new meaning to the sport. Thus in 1897 the Boston Marathon became an annual tradition to commemorate the hard fought battle for our freedom.

The original path was intended to trace the route of those battles from Concord to  Lexington as the soldiers did. However, the route proved to be less than twenty miles. In an effort to create a true marathon the route now begins on the tracks of Boston and Albany about twenty-five miles to the northwest of the battles origins near Ashland, Massachusetts.

It an ironically sad twist, the 2013 Boston Marathon began with a moment of silence. It was to honor those who lost their lives in the school shooting in Newtown, Connecticut the previous December. The twenty-six mile marker (indicating the final mile of the race) was dedicated to another school shooting, Sandy Hook.

To now acknowledge that there was yet another tragedy during the first few moments of the 2013 marathon seems unimaginable. What it says about our country frightens me all the more.

But I prefer to end on a more positive note.

During this year’s Boston Marathon, which occurred on April 16, there was a milestone in the women’s division.