For What to Watch This Fall 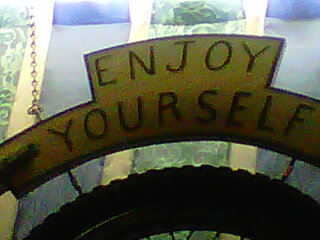 The passing of the Labor Day holiday means two things: the end of summer and the return of our favorite television shows! As excited as I am to continue following my favorites, there are several new shows that have caught my attention and this fall season appears to be hotter than ever. Get ready to set your DVRs.
New Series Coming to Television (and possibly our hearts)
Anderson, CW11 on September 12th at 4pm. No one is more excited than I for my beloved Anderson Cooper to have two shows!! I CANNOT wait to be a member of his studio audience. This is not a show to be missed!
Up All Night, NBC September 14th at 10 pm. This commercial is hysterical. The show looks so funny and smart. The premise is so elementarily I am sure anyone will relate and find humor in the situation.


Whitney, NBC September 22nd at 9:30 pm. Once again, another brilliant commercial. It is so funny after seeing it the first time I immediately decided to tune in. These must be the same writers of the Allstate mayhem guy, the ultimate funny commercial.
I recently got a sneak peek of the pilot episode of Whitney and it was hysterical. It is the kind of show that flies by because you are laughing and dying to see what happens next. I cannot wait for this series to begin.

Pan Am, ABC September 25th at 10 pm. This show is taking us back to the 1960’s was flying was a luxury and becoming a stewardess was the most glamorous job a woman could have. Christina Ricci stars.
Boss, Starz October 21st at 10 pm. Kelsey Grammar is back on TV, but instead of playing a lovable character this time around he will be a corrupt Chicago mayor. I can’t wait. His promo picture scares me but I’m intrigued.

To check this show out: http://www.starz.com/originals/Boss
Homicide Hunter, Investigation Discovery October 25th at 10 pm. This is a new series looking at murder cases through the perspective of an experienced retired detective, Lieutenant Joe Kenda.
For the details: http://realscreen.com/tag/homicide-hunter-lt-joe-kenda/
Returning Favorites
The Real Housewives of Beverly Hills – Season two premiered on Bravo this Monday. Catch new episodes every week at 9 pm. I am not really a fan of the “Housewives” franchise with the exception of anything to do with Bethenny Frankel. I love her. This season of RHOBH is sure to be somber because of the recent suicide of cast member Russell Armstrong, but I have a feeling this show might have been done long before that.
Law and Order: SVU- Season thirteen premiers on NBC on September 21st at 10 pm. This is the last incarnation of my beloved franchise that is still on TV. I hope it goes on forever no mater how much it changes. Mariska Hargitay is getting a promotion and we will be saying goodbye to our beloved Detective Stabler. But any Law and Order is better than none in my book. At least they saved the best for last.


Modern Family – Season three begins September 21st at 9 pm. I love this show. No matter what kind of a mood you are in you always can laugh at these characters. They certainly never fail to put a smile on my face. I can't wait to see what's coming up next.

Grey’s Anatomy – Season eight begins on ABC on September 22nd at 9 pm with a two-hour episode. Just prior to the finale of season seven, I was starting to lose interest but this is starting to get good again! This is Patrick Dempsey’s last year so there are sure to be some major shake-ups at Seattle Grace Mercy West Hospital.
Private Practice- Season five debuts on ABC on September 29th at 10 pm. This should be another drama-filled season as our lead characters are on the edge of life-changing decisions. Benjamin Bratt has been added as a love interest for Dr. Addison Montgomery played by Kate Walsh. I read that Benjamin will be competing for Addison’s heart against Taye Diggs.
The Good Wife – Season three premiers on CBS on September 25th at 9 pm. This is one of the most addicting shows on television! Julianna Margulies has found her groove and her performance keeps you wanting more. The storyline’s twist and turns are always creating surprising must-see TV. Not bad for a show that was only suppose to be on for only thirteen episodes.
House- Season eight begins on FOX on October 3rd at 9 pm. I only started watching this show after the first few seasons but now I am all in. I can’t wait to see where they take this character especially now that Dr. Cuddy a.k.a. Lisa Edelstein is leaving the show.
Last but certainly not least on my list, is my favorite channel Investigation Discovery!! Here are the shows I am looking forward to watching again.
Twisted - Season three opens on September 23rd at 10pm. What serial killers are there left to explore? I guess we will find out.  I always like to make sure I am on top of this stuff.


For all things Twisted:http://press.discovery.com/us/id/programs/twisted/
The Will: Family Secrets Revealed - Season two opens on October 19th at 9pm. There is nothing like peering into celebrity wills to find out the real scoop on famous families. Non- celebrity stories are also featured. It turns out when there is a will; there is a way.
Here is a clip from last season:
Facing Evil with Candice Delong - Season two premieres on November 25th at 10 pm. Former FBI agent Candice Delong is famous as the rumored real life version of the character Jodie Foster portrays in Silence of the Lambs. She has been involved with many cases and has an eye for criminal profiling. This show will be heart pounding for sure.
To check out Candice and her show:      http://press.discovery.com/us/id/programs/facing-evil-candice-delong/

Premiering in Early 2012
Alcatraz, Fox Mondays at 9 pm . Can I just say that with the exception of Mr. Cooper, this is the show I am breathless to see!! I love love love Alcatraz, it’s my version of Disney World. I love that someone finally used this jewel and created a show based on it.  This promo gives me the chills!
Smash- Season premiers February 6th at 10 pm. This show is going to do for Broadway what 30 Rock did for television. We are going to go behind the scenes to see what it takes to make it in the theater world both for the actors and producers. I am really looking forward to this, it is a show made especially for me. It will also be nice to have Debra Messing (Grace from Will and Grace) back on a weekly series.
Dark Minds- The premise of this show is to be a real life “Silence of the Lambs”.  A convicted serial killer will help detectives solve cold case crimes.  They had me at serial killer. There is currently no premier date but I am right on top of that Rose!! I hope you get that movie quote.
To read more about this show: http://www.nypost.com/p/entertainment/tv/hannibal_lecter_tv_show_sdcU6iuLY29h1OYjMizVgI
I don’t know when I am going to have time to leave the house!