For Find Out Friday - Is it Doughnut or Donut? 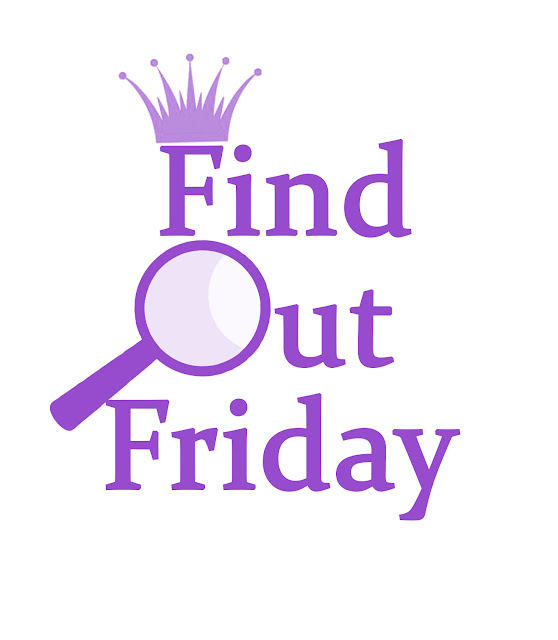 I know this seems like something I should have learned in the third grade but apparently my elementary school teachers failed me.

As a food blogger, I constantly seem to stumble upon this dilemma so I decided to learn the difference once and for all. I have allotted some time today in case I have a lot of blogs to update. Also I am about to post yet another blog about these circular, fried, and sometimes jelly filled delicious treats. 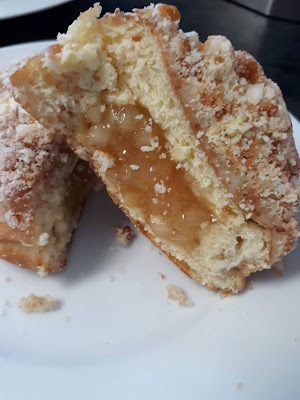 Apparently the reason I am confused in the first place it because of my British roots.

My ancestors were from Italy and Ireland, but as an American Revolutionary War buff, I have always felt I had a bit of British in my blood.

As I begun to research this spelling conundrum, the first result made perfect sense.

The word “doughnut” is the proper U.K. spelling; while “donut” is the Americanized version.

This reminds me of similar Americanisms such as colour versus color, flavour versus flavor, and humour versus humor. You get the idea.

But which spelling is actually correct?

The short answer is both.

The original spelling of “doughnut” is the literal term for what we are eating. It is made from dough (that is then fried). The “nut” refers to the small ball or lump shaped dough. Originally this dessert was called “dough boy”.

Doughnut, being the most historically accurate spelling, will never get flagged by spell check software. But if you pick up an American dictionary both spellings will appear, only furthering my frustration on the topic.

The spelling of “doughnut” in public works dates back to the 1800s. The Oxford English Dictionary lists Washington Irving’s reference to doughnuts in his 1809 “History of New York” as the first published use of the word.

The word “donut” can be found as early as the late 1800s. However, that does not mean it was common at that time. It wasn’t until brands such as “Mister Donut” and of course “Dunkin Donuts” came about that we began regularly seeing this spelling. “Dunkin Donuts” was created by William Rosenberg in 1950. Ironically as of January 2019 there was a rebranding with that company now simply changing their name to “Dunkin”.

Donut now appears about a third of the time in American (published) writing. Another common theory about why that is, is due to the large immigrant experience in America. Simplified spelling and phonetic-based spelling was pioneered by Benjamin Franklin and Noah Webster (yes that Webster) to help foreigners and native speakers alike.

Further complicating the matter is the celebration of National Doughnut Day.

Below are a few key facts about this unofficial holiday.

Naturally with social media, holidays such as these have only gained in popularity with free goods being given out by popular chains and bakeries.

While I have learned a great deal about doughnuts and donuts alike, this doesn’t seem to simplify my problem. I do, however, feel much more comfortable having asked the question. Considering how many blogs and posts I found on the subject, I now know mine is in good company.

I think that going forward I will continue my best practice of using the restaurant or bakery’s preferred spelling and when all else fails defer back to my English ancestors liking of “doughnut”.

The best part is that no matter how you spell it, once you find a delicious one, the memory will last a lifetime. Or at least until you purchase another.