For Find Out Friday - Who Was Samuel J. Tilden? 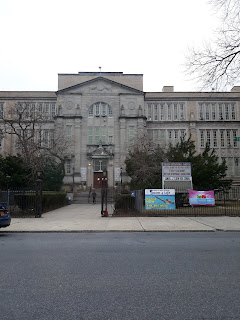 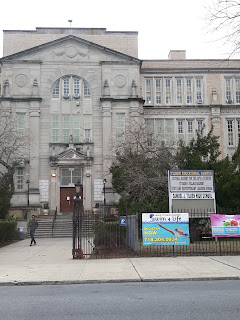 A couple of weeks ago, I discovered that Jackie Robinson once lived in a house in my neighborhood. It was shortly after he was signed to the then, Brooklyn Dodgers, as the first African American professional (major league) baseball player.

As I was navigating my way there and around his former home, I passed by the high school that my parents attended: Samuel J. Tilden.

But who exactly was the man behind the school’s name?

I have previously use my Find Out Friday posts to discover who the Tom was behind the river (https://bit.ly/2PSbQvd) as well as investigating who Hugh L. Carey was (https://bit.ly/2PmMy7l), the man for whom the Brooklyn Battery Tunnel’s name was changed for.

So now it was Tilden’s turn.

Samuel J. Tilden (1814 - 1886) was a native New Yorker, attorney, and State Assemblyman. He was also the twenty-fifth Governor of New York, the first to live in the current Executive Mansion in Albany. He was a prominent leader in the Democratic Party and was a key figure in exposing the political treachery of William “Boss” Tweed.

However, Tilden is most famous for the office he almost, some say should have held, but never did. That would be the office of the President of the United States.

The year was 1876 and his opponent was Rutherford B. Hayes.

The results were not easily realized. Four states: Florida, Louisiana, South Carolina, and Oregon, reported two sets of returns. In order to decipher the winner, which was not dealt with directly within the confines of the Constitution, an Electoral Commission (including five Senators, five members of the House of Representatives, as well as five Supreme Court Justices) was created by Congress.

Not surprisingly, the commission voted along party lines and declared Hayes president. His was sworn into office two days later.

But the controversy was not over. It is said that the Republicans (Hayes’s party) entered into a secret deal with Democratic leaders to withdraw the Federal troops from the South, where they had been since the end of the Civil War.

So despite having the majority of the electoral votes, Tilden conceded the election to keep the peace.

Too bad we didn’t do something about the electoral college back then.

Tilden died in 1884 and in his will he donated three million dollars towards the creation of a free public library in NYC. By 1895 his wish was granted when the former Astor and Lenox libraries merged to create the library system we have come to take for granted. I knew this part of the story from my tour of the historic main library branch in Midtown Manhattan (https://bit.ly/2Z4QEXA).

In Tilden’s honor there was a Fort in Rockaway, Queens named for him 1917.

There is also the aforementioned high school named for the almost president.

Samuel J. Tilden High School opened in February 1930 for a cost of two and a half million dollars. It was built to serve around four thousand students, despite the almost six thousand that eventually attended. Due to the overcrowding students had to go in different shifts. The original plans for the school included: three gymnasiums, a swimming pool, rifle range, auditorium, library, as well as science laboratories. To save money during the Great Depression, several other high schools in the five boroughs, such as Bayside High School, were all built using identical blueprints.

The school survived many hard times like World War II and the racial tensions of the 1970s, but ultimately by 2006 it could stand no more. It was declared a “failed school” by the Department of Education and the last students of the former Samuel J. Tilden High School left in 2010.

The building still stands and is remains operational but is now known as the Tilden Educational Complex; which houses several smaller schools within it.

Today, in this uncertain political climate, and pretty much life in general since the horror that was the 2016 Presidential Election (my thoughts about that are found here: https://bit.ly/2zgUCU0), I feel a strong sense of déjà vu learning about Samuel J. Tilden.

I have sympathy for both Tilden and his party. What I know now more than ever, is that if we do not learn the lessons the first time around, we are destined to continue to make the same mistakes.

But here’s to a good man who tried his best.