For a Taste of the Rockaways: “Bungalow Bar” 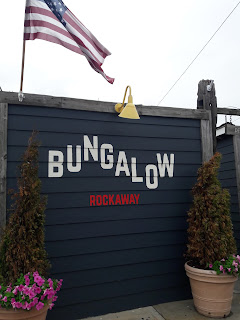 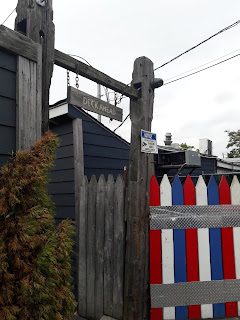 Well, my mother’s birthday month is officially over.

However, the reviews about all the places we went to for a celebration are going to continue.

One of the restaurants that were included during her birthday-plooza was Bungalow Bar in Rockaway Beach, Queens. 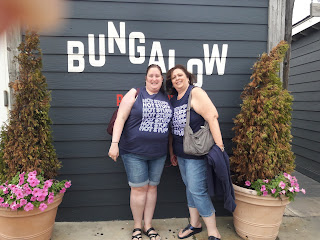 I grew up a stones throw away from Rockaway so anytime I was wanting to lay out on the sun, near water that was questionably clean, I went to nearby Riis Park in the Rockaways.

When Super Storm Sandy hit in 2012 this area was one that suffered severe damage. In fact, it is only begun making a strong comeback in recent months. Now I am hearing about so many places I want to check out. Since beach season is winding down I knew I had to at least squeeze Bungalow Bar in before it was too late. Thrown in my mother’s birthday and it was a perfect storm of timing. 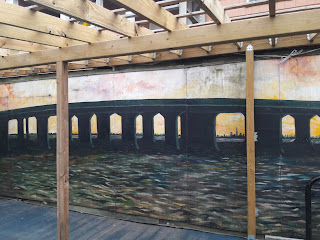 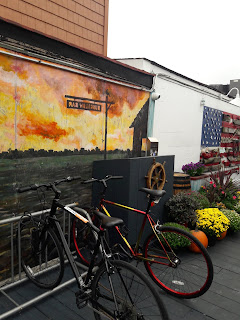 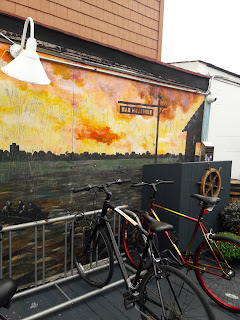 Speaking of storms the afternoon I headed towards the beach it looked like a storm was a brewing. Thankfully it didn’t rain on my parade and I was glad I wasn’t melting under the sun sitting outside, where you should sit when you are visiting a location on the water.

The Bar looks like the neighborhood hot spot it is. There is a full brunch menu as well as one that serves as a basis for lunch and dinner. On a more perfect night (weather specifically) I would have never gotten in. The crowd would have been insane. 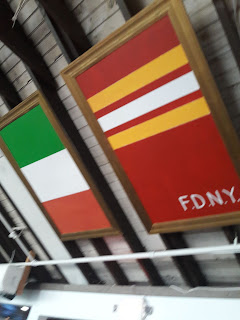 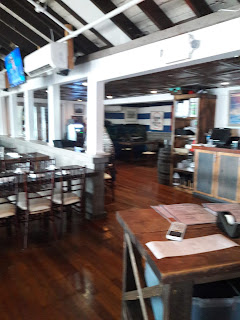 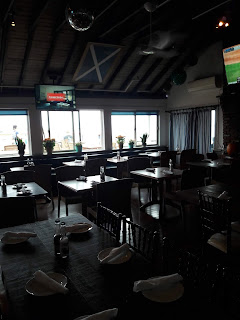 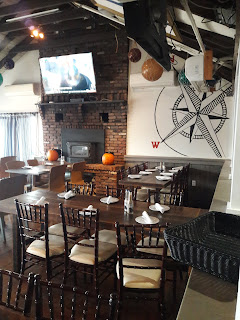 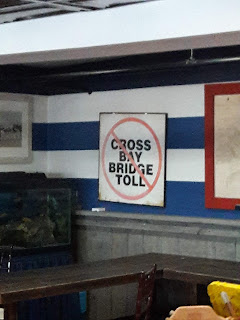 My family have big appetites so ordered three appetizers right away: soft pretzels, Mac n’ cheese balls, and a chicken flatbread pizza. This is both the order the food was requested and the order in which I would rank them.

As for entrees there was a burger (which I now wish I had ordered), a slab of ribs, and a bunch of French dip sandwiches served up. 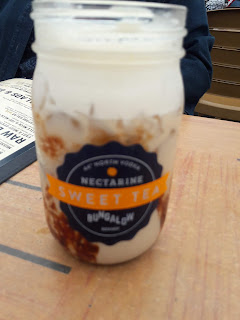 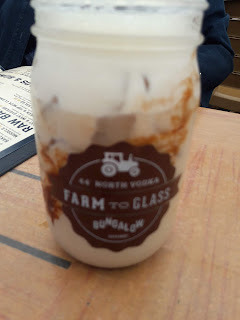 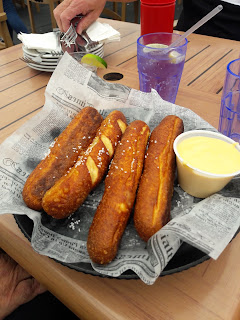 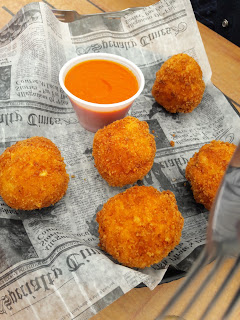 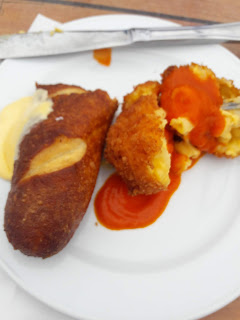 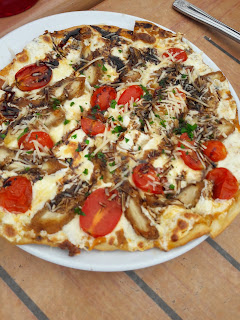 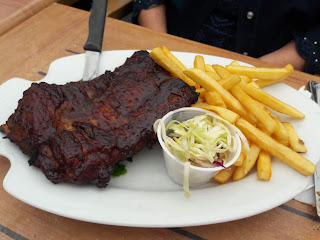 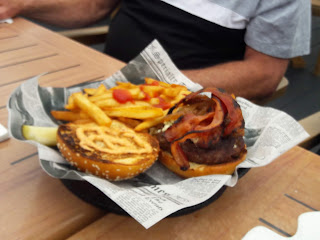 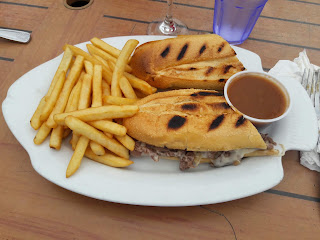 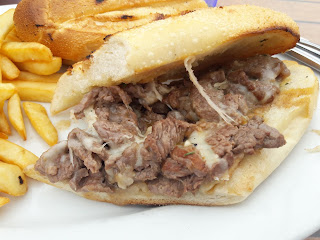 This meal is a classic case of me ordering wrong and man I hate when I am unsatisfied with my meal. It is even worse when I feel like it is my fault.

The reason I say this is because the restaurant is a bar, specializing in bar food. It is not a steakhouse and that is my preferred place to eat a meal like the one I ordered. But I was swayed by the description “thinly sliced filet mignon” and I couldn’t resist.

As soon as I took my first bite I was over it. The meat was too chewy and I did not care for the gravy which was thankfully on the side.

Those eating the ribs and burger were both really happy with their choices.
I should have gone with my instinct and ordered several other appetizers to share. Much like Will Truman’s father on Will & Grace, I could make a meal of appetizers. One day I will actually stick to my guns on this.

Despite my reservations about my entree, I thought this place was cute and I really liked the atmosphere. I liked the theme of the decor inside, especially when I realized the bungalows appeared to resonate in the restrooms as well.

In an interesting twist the Bungalow Bar has a prior claim to fame. It was featured as one of the establishments featured on Bar Rescue now on the Paramount Network, formerly Spike TV.

While I have not watched this episode specifically I am familiar with the show’s premise to help struggling bars bring in new business that appeals to their customers.

The results from this makeover, which was a needed because of Sandy, seems to be mostly positive.

I suspect as more time passes and word of mouth and social media catch on this place will be a hotspot rain or shine.

Side note: If you want to know why my mother and I think we are such “Hot Stuff” you will have to keep on reading.