For “Summer” in the Fall 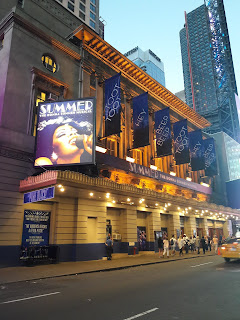 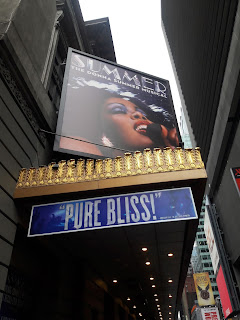 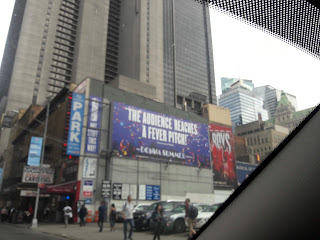 I bought the tickets for my mother, as a birthday present.

That it what I told myself and anyone who asked.

I had ZERO interest in see this musical.

Sure I have heard the hit songs that would be featured a million times and could probably sing them in my sleep. But the only reason I was going was as my mother’s co-pilot. Well, that and it was a based on a true story, which I happen to love (https://bit.ly/2njoQgo). 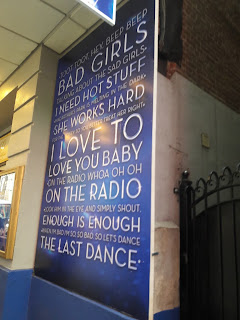 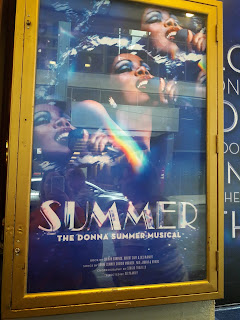 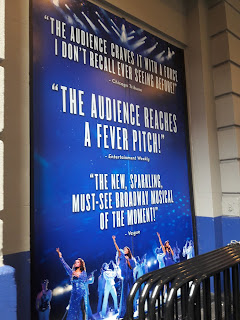 It took about five-seconds of me sitting in the Lunt-Fontanne Theatre to realize how pleasantly surprised I was about to be.

As of late biographical stories are trendy on Broadway. I saw one of the first; “Million Dollar Quartet” in 2010 (https://bit.ly/2O1TCdy) and was hooked. Then there was the story of the Shirelles told via “Baby, Its You” (https://bit.ly/2IwcATv), another great true story. Most recently (before the musical I am reviewing here) was “Beautiful, The Carole King Musical” (https://bit.ly/2zNCIqe).

Cher’s life story is debuting in November and I have head rumblings about Tina Turner’s coming out about the same time.

But it is Donna Summer’s life story that I am focused on now. 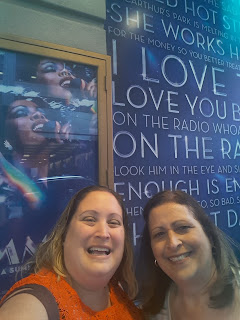 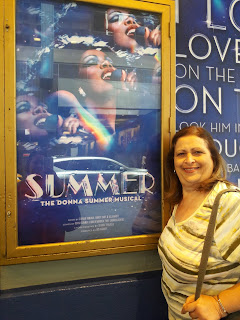 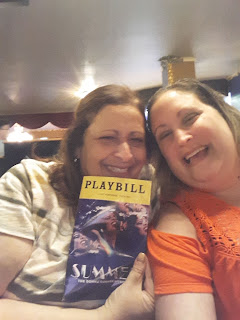 I knew very little if anything about who she was, where she came from, and even how or when she died. I won’t repeat all of this details here as I want to focus solely on this production.

There are so many great aspects of this show, the first being that is told through three versions of the late singer: a child, a teen, and an adult. Donna takes us along as she reflects on how she became the disco queen we all know and love.

What is particular special to me about this show is that for starters it didn’t shy away from the hard parts about her life: teenage pregnancy, domestic violence, child abuse, depression, and the illness that would ultimately take her life.  That being said it is told with dignity, sparing us too many personal details. These stories are mentioned so that we can see how those parts of her life influenced her music and who she became.

We “meet” her family, friends, the love of her life Bruce Sudano, and her children. We get to see how she found fame, paved her own path after finding success, and strived for a family/work balance. I even loved learning about her other artistic talent; painting.

However, the very best part of this musical were the three Donnas. They were seemingly interchangeable throughout and even sung in harmony. How they possibly found these three incredibly talented young ladies is a wonder to me? And more importantly what will they do if one of them leaves?

There is no intermission and the show runs about one hundred minutes long. It flew by!

I was sad when I knew the ending was near but yet again this show has a way of making you smile even when you thought there couldn’t possibly be any more tricks up their sleeve. While it might have been a Saturday afternoon outside of the theater, it was Studio 54 inside!

The costumes, the innovative way they use the stage and scenery, even the ticker tape that ran over our heads providing the details of the landscape, were all brilliantly done.

Even the way they made sure that whatever “Donna” you were watching was in royal blue so you could find her in an instant was a work of genius.

There was no detail too big or too small left out.

As a Brooklynite I felt especially proud seeing Ms. Summer met her second husband Bruce, a former member of the band Brooklyn Dreams, which was founded not too far from my house. The couple even goes on to name one of their daughters Brooklyn. That made me sit a little taller in my seat.

If you see this show, and I think you must, you will surely laugh, cry, sing, dance, and most of all miss Donna Summer.

My only regret is that I will not get the chance to see her perform live as she passed away in 2012.

Before I saw this play I didn’t realize how big of a Donna Summer fan I actually am.

Now that I know it, I know that I too might have to see this play again.