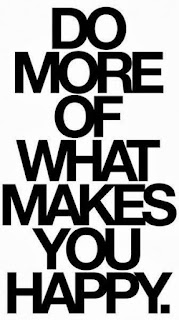 I love me some Bill Maher. Every week after watching his show “Real Time with Bill Maher” I have to say it again silently to myself. His jokes, perspective on current events, and passion about our country makes him stand out in a world populated with late night shows. Ironically, I religiously watch his show to keep up with politics, meet some of the brightest and smartest influential people all while laughing as I learn. In some ways I think he would have made an awesome professor, probably a very naughty professor, but a fascinating one none the less.
Besides hosting this weekly show, Bill Maher travels practically every weekend performing his legendary standup routine.  He even goes to places most people fly over at least according to him. There are liberals who love him everywhere and I suspect maybe some Republicans too.
Thankfully I live in one of the greatest cities of all time so I can get an opportunity to see him perform at least once a year, definitely in November thanks to the New York Comedy Festival (NYCF).
According to their website, NYCF was:
“Created in 2004, the New York Comedy Festival is a five-day festival featuring more than 200 comedians performing in more than 60 shows at venues throughout the City. The festival is produced by Caroline’s on Broadway in association with Comedy Central.”
I had no idea all of these years who was responsible for putting on these shows but that makes perfect sense. I love that once fall rolls around we as New Yorkers have something to look forward to. It has become a tradition for me no matter how often I go. Just having the option always makes me feel better. It is one reason I know I can’t ever permanently leave New York City. This concrete jungle takes its entertainment very seriously. 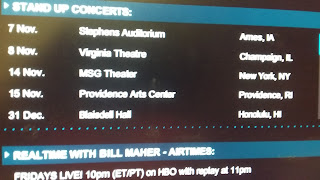 Historically Bill Maher has performed during the New York City Comedy Festival at the Beacon Theater. That venue is a nice place to see a show and the staff is always so helpful. The only downside for me is the commute to and from my house as this venue is on the Upper West Side. However as luck would have it, he would be performing at the Theater at Madison Square Garden, which is a more central, easily accessible location. Thanks ahead of time Bill!
Prior to this event, I have seen Bill Maher perform at least twice before. Once at Lincoln Center during a national tour and once for NYCF at the aforementioned Beacon Theater. I knew that this year I would definitely be seeing a Bill Maher show so I put it on my 2015/2016 to do list (http://thequeenoff-ckingeverything.blogspot.com/2015/03/for-year-5-2015-2016-to-do-list.html). It had been way too long since we were in the same room.
The only other performer I have seen during the NYCF week has been Kathy Griffin. I have seen her multiple times most recently during her stint on Broadway back in 2011 (http://thequeenoff-ckingeverything.blogspot.com/2011/03/for-those-who-like-life-on-d-list.html). 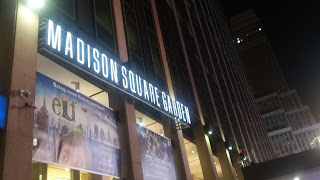 As I made my way through the insanely packed Madison Square Garden this past Saturday night I was so ready to hear what Bill Maher had to say. I could tell from the vibes in the audience along with their conversations that we were all overdue for some live time with this talented man. Since he is a native of neighboring New Jersey it also felt like a semi-homecoming celebration.
With no warm up act to sit through, all of a sudden the stage became alive, as the music from his HBO show played there was thunderous applause. He came out swinging wasting no time diving right into his bit.

I wish I could remember what he said that made me laugh so hard but of course I just remember the topics that you could guess just from seeing his television show. I know religion, elections, and pop culture were all in the mix. But I never remember the exact jokes from a comedian when I go home and try to remember. It annoys me greatly. I suppose you just have to be there, in that atmosphere, apart of that crowd, to entice those words back out. This is not easily done if you are truly into the show and it goes too fast to write anything down and that is the sort of the point. Ninety minutes later I was heading back to Brooklyn. It may not have been a long time but it was a really good time.

Every New Years Bill flies to Hawaii to perform there and ring in the New Year. I would love to be able to go just once. I cannot imagine a more fun way to celebrate a holiday I normally spend at home after going to work all day. I happen to think traveling for the New Year is also something I would love to become a tradition in my life. I guess I know where I will be starting that tradition someday.
Just like their slogan says “It’s not TV is HBO”. I would like to add, he’s not just a television host or a comedian, and he is the one of a kind voice I was happy to hear live once again.
For More Information:
http://nycomedyfestival.com/
http://www.billmaher.com/