For Life Under the Sea: N.Y. Aquarium

I cannot seem to get this song out of my head. Even though I don’t know more than three words in the chorus, it has been replaying in my mind non-stop for the last few days. I haven’t seen the movie in over a decade but our brains work in funny ways. As I was trying to think of a name for this blog, I found myself humming this tune, and then it hit me- Under the Sea! It all made sense. I should really trust my instincts more. 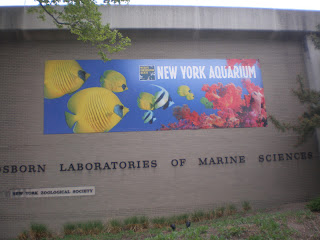 For me life under the sea is about my recent trip the N.Y. Aquarium in Coney Island, Brooklyn. My family swears I was there as small child perhaps on a school trip, but I have no recollection of any prior visit and for me that is odd. I know the aquarium underwent a recent remodel but still no memories of anything prior. To resolve this as a thirty old woman I felt it was necessary to cross it off my to do list now. I went with some family and friends, and yes it included some children to get the whole experience.

After my visit to the Bronx Zoo last year (http://bit.ly/JIvAKD)I was slightly nervous I would be disappointed but glad to learn this visit would warrant a lot less walking. I also wanted to go before the heat really started to set in and kids are for off for the summer. Truth be told, I only like the kids I know, not the ones running around misbehaving who I want to yell out but technically shouldn’t.

As for the aquarium we had a nice day planned out, we would arrive when it opened, walk through the exhibits that were inside, and then attend the outdoor feedings (penguin and walrus) and then see the sea lion show. Sounded good to me: short and sweet. 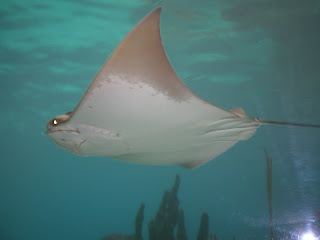 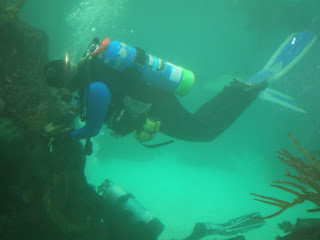 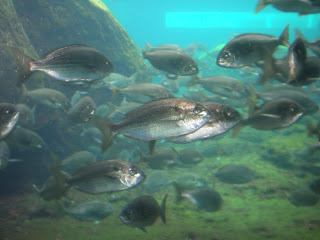 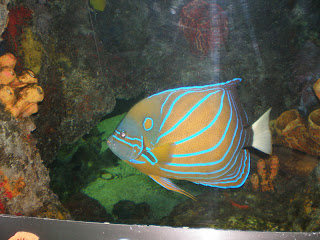 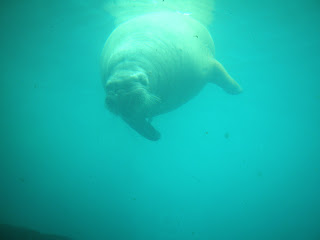 The indoor exhibits were cool. I liked seeing the big sharks, turtles, and stingrays. Even seeing the walruses from underneath was incredible but also terrifying. Since there weren’t really coming up above at this point you could only completely view them from the bottom. I could not get over the enormity of them. I started to get nervous every time they approached the glass; it looked like if they put a little more weight on it, it would crash in on us. Well that was enough of them.

We looked at the little fish and ones that camouflage into their environments but I am not really into that. Then it was off to see the jelly fish. Ok I am the first to admit I had no idea what they looked like but when I saw them my first thought was “my God someone put a bunch of silicone breast implants in a glass tube.” Of course I said it out loud which amused my friends and luckily didn’t faze the small children who also were not impressed with these odd creatures. 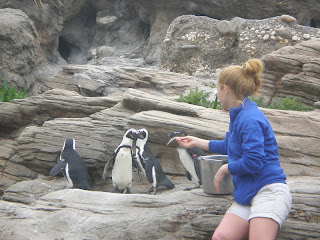 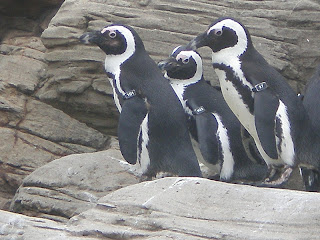 Food is always a crowd pleaser at my family functions, having grown up with mostly Italian kin. They would be happy to know that at the aquarium the animals are just as excited for feeding time. First we saw the penguins come out to be fed, and they were so cute. There was a large crowed around them but luckily we could see them from far away and the zoom on my camera captured the event pretty well. 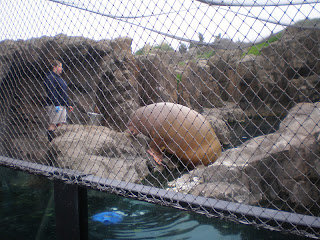 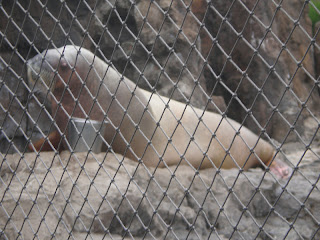 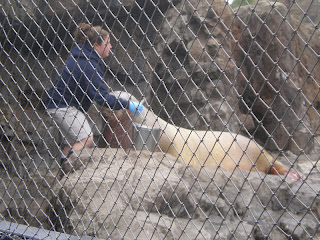 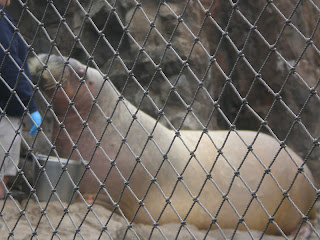 Then we were off to the walrus tank. I wanted a front row spot for this feeding. I hadn’t thought about it but, how was this enormous beast going to come out of the tank onto the rock where the trainer was for the feeding? At first I thought maybe they would stay in the tank and the trainers would throw the fish to them. I would have been bummed. Nope. These animals would have to work for their food just like the rest of us. On cue they arose from the water one at a time, hopping almost, flapping their bodies inch by inch until they were completely on dry land. It took a few minutes and I am pretty sure I was screaming the loudest the entire time. I couldn’t believe what a site that was. The trainer said a walrus weighs approximately two thousand pounds and the one we were watching was blind. Wow that was impressive. He still waved and performed his tricks while being fed. I still couldn’t get over his size. After a few minutes it was back into the water, a much easier feat.  Honestly, all I could think of is when I get stuck in the middle of my queen size (appropriate I know) bed and have roll to the side to get out. God I hope I don’t look like this. 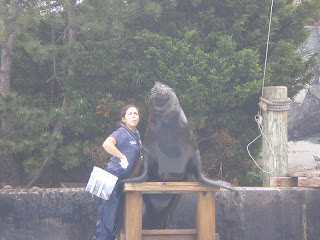 Our last activity was the one I was looking forward to the most, the sea lion show. Sea lions are my favorite animal. You can say they are one of my favorite things, I did (http://bit.ly/JC1o5E). We sat in the first row so that we had a great vantage point and I could get the best pictures. I mean so the kids could see. There were two mini shows within. One sea lion came out first with its trainer and had a whole routine in the water and out, clapping, acting like a shark, hugging, and waving to the crowd.  When the second one appeared it had different music and different tricks but still put on a great show. However neither had the classic “barking” I love most about an untrained sea lion. These were in the business so they were too fancy for me. But we were all entertained and excited when they walked right by us. We had the stage door of seating. 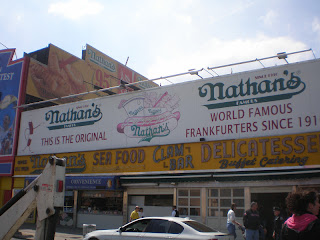 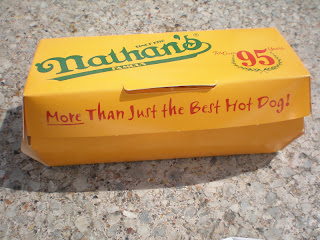 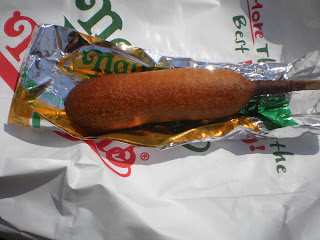 As if this wasn’t enough, the weather had started to clear up at this point. The morning at been a foggy, windy mess. It looked like it would rain on us at any moment. But by the afternoon the sun was shining bright. So we took a walk on the boardwalk down to Nathan’s Famous Frankfurters. It was as if my day went from good to great, to perfect! The Coney Island location is the original and the best. Nothing compares, especially not any you have had in a mall. Even though I have had these hot dogs before I decided to add a new experience into the mix. I also got a corn dog, my very first one ever! I was tired of people telling me it tasted like a corn muffin wrapped around a hotdog. When the moment of truth arrived, actually that’s not what is tasted like to me. It was sweeter than that. It tasted more like corn bread and a hot dog. It was awesome as was their classic hot dogs and fries. Nothing compares. For those who have different menu needs do not fear the menu seems to grow every time I am there. There are plenty of fish, burger, chicken and even soup options. I am positive there is something for everyone. But I do encourage the hot dog and fries. It is just that good.

Now if you are still ready for excitement there was still time to ride the infamous Cyclone. I did once many years ago. But I no longer ride roller coasters made of wood. I am too old for that. But I will take in a sea lion show and go for a Nathan’s hot dog with loved ones any time. It is a great way to spend the day.

To plan your visit and purchase tickets at twenty percent off: