For Rock n' Roll, Ribs, and Reflection Part I 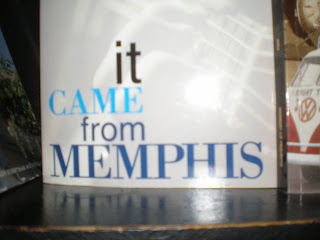 Memphis is unique because of its blend of history, culture, Southern tradition, music and food. Each of these contributes to the reasons why people go and love Memphis. For any of these given characteristics there is so much to see and do you have to narrow your list. You have to find what speaks to you. So I picked my must dos and it all led to a well balanced trip. 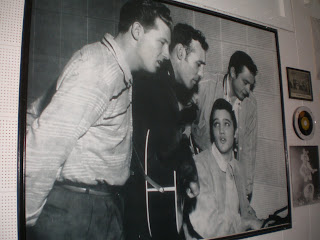 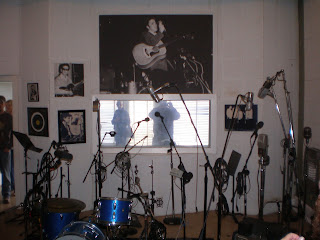 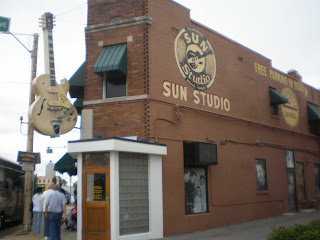 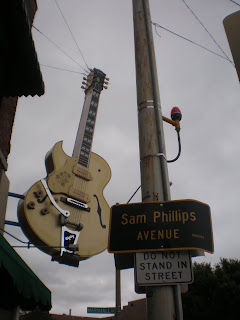 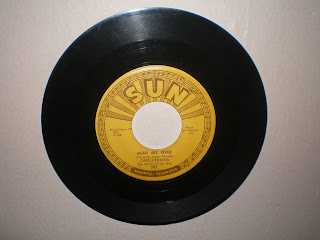 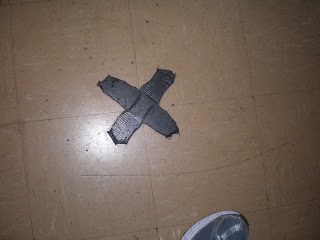 My first stop was to Sun Studios. I have always wanted to go here and that urge heightened after I saw and fell in love with Million Dollar Quartet on Broadway. This play tells the story of the most famous impromptu jam session in history. Elvis Presley, Jerry Lee Lewis, Johnny Cash, and Carl Perkins were all there on that infamous day in 1956. This was the birthplace of rock n’ roll and is still an active recording studio.  This tour featured a walk through a mini exhibit of all of the legends of rock n’ roll and had intriguing items like Elvis Presley’s social security card and the original recording equipment from the 1950s.
Then came the main event: the actual recording studio!! I was DYING to get in there!! I wanted to photograph everything but especially that infamous picture taken the day the MDQ was there. I even recreated it with my friends. It was way too cool to stand in the exact same spot as Elvis (there is an actual X marking the spot) and see everything he saw that has been the same for over 50 years. Now, I was not of that generation but I can appreciate the history and magic of it all. As usual I was one of the youngest people on this tour and perhaps the most excited. Hearing recordings that were performed in that spot gives you the chills. Or at least it was enough to send me off to the gift shop to spend some dough to commemorate the occasion. That is always a sign I have had a good time. 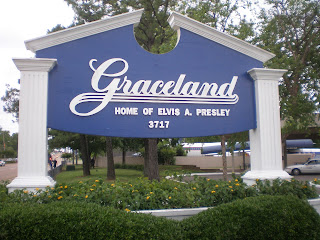 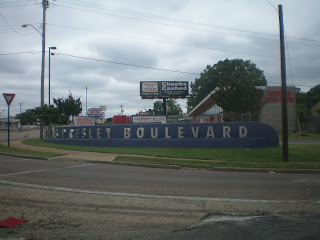 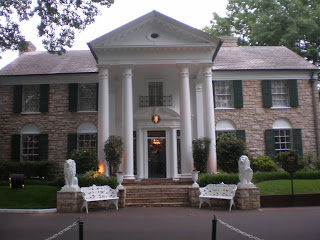 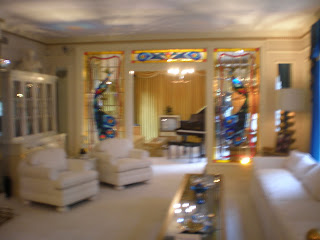 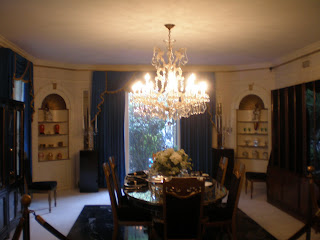 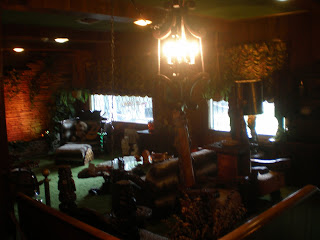 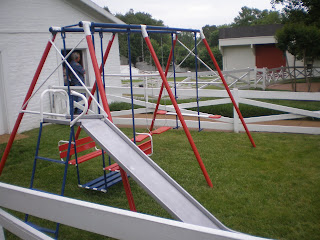 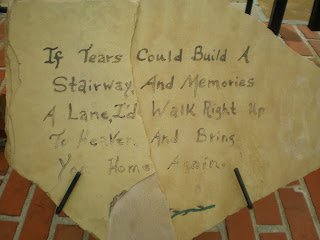 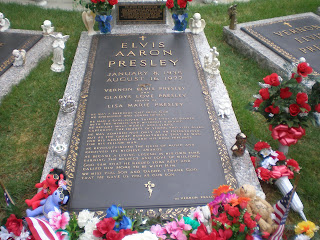 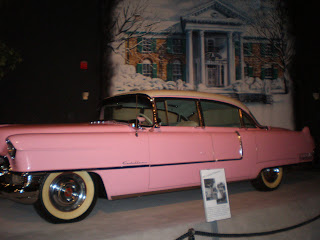 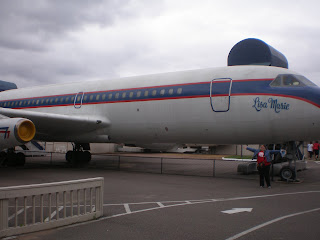 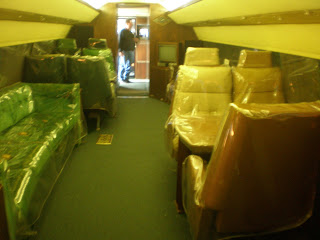 In keeping with the 1950’s rock n’ roll theme, my next stop was Graceland, the home of one Elvis Presley. Now would probably be a good time to mention my love for all things that include tours of famous houses especially when those former owners are buried in the backyards. I know that might sound bizarre but I swear it’s not as bad as all that. I just happen to like to kill 2 birds with 1 stone if you will pardon the expression.


This mansion is small by today’s celebrity standards but at the time it was built it was something to be seen. It is actually a very pretty house. I loved the outside architecture. But I was surprised how close those famous musical noted gates were to the main road. I pictured it completely different. Once inside you see the well preserved 1970s décor (that you aren’t allowed to touch or use flash photography on unfortunately) and can picture the king there. Many people do not know that Graceland only became opened to the public after Priscilla Presley set up the estate and organization in order to save her daughter’s inheritance from debt collectors. She has created something so special; I am fascinated by that vision.
Unfortunately the second floor is not on the tour. According to the audio tour, it remains private because Elvis was private and never allowed guests upstairs so they keep the tradition. I was disappointed. However the jungle room, blue room, pool room, basement, and kitchen are good enough. The property alone has a spirit about it. Just walking through Vernon Presley’s (Elvis’s dad) office, seeing Lisa Marie’s old swing set, and the former racquetball court that now houses trophies galore, you get a sense of the man that lived here not just the star. The tour ends with the memorial garden and the graves of Elvis, his dad, mother, and grandmother. There is a plaque for his twin brother who died at birth and is buried at a family plot in a cemetery. Elvis was originally buried there but do to fan craze he was moved to Graceland. According to Graceland, they still receive floral arrangements daily from all over the world for the king and do their best to display and save them.


Across the street from Graceland, there is the automobile museum. You can see Elvis’s famed pink Cadillac as well as many others from his collection. Down the road are Elvis’s planes which were my favorite part. All I had wanted to do was go inside the “Lisa Marie.” Elvis had bought this plane, named for his daughter, so that she could see snow one day. I have always wanted a private plane and walking through the Lisa Marie was good enough for now. All and all it was a beautiful collection of a life lived so big and yet cut too short.
P.S. If you are in need of an Elvis salt and pepper shaker, Christmas ornament, guitar picks, or pretty much anything else Elvis you can think of, this is the place to stock up. Unless you want blue suede shoes, I didn’t see any of those. 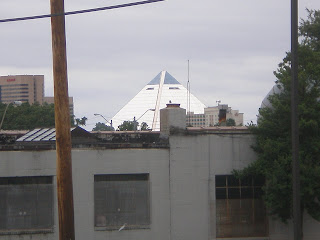 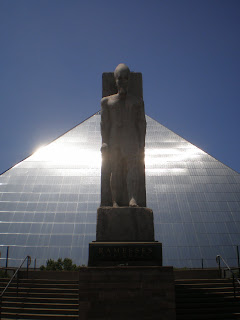 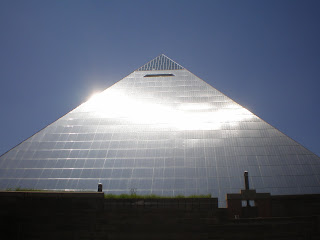 This is an actual glass pyramid in Downtown Memphis that can be seen from many points including the airport. I noticed the tip as soon as I landed.  It is the largest outside of Egypt. It was built in 1991 and originally used for a sports arena. Now it remains vacant as an addition to the Memphis skyline. It is a great photo opportunity if you are in the area; you can park right in front and hop out to do your thing. I sure did.