For a Doughnut Worthy of Food Network Glory: “Dun-Well Doughnuts” 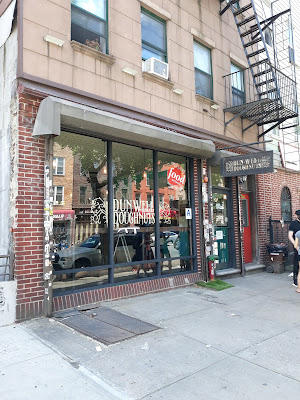 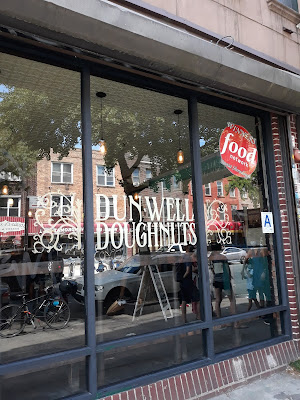 All because I wanted a Boston creme doughnut.

That is how this blog truly began.

It was Father’s Day weekend and although I was initially thinking of myself, I knew my father wouldn’t mind having a sweet treat for dessert.

Brooklyn is synonymous with great pizza, bread, and of course bagels. But it also has many great bakeries producing some of the most delicious doughnuts you have ever tasted. Just to name a few, there is: Doughnut Plant, Peter Pan Donut & Pastry Shop and Dough.

On the day of my craving, I did what any of us do countless times a day - I opened Google. When I Googled “best Boston creme doughnuts in Brooklyn” Dun-Well Doughnuts appeared high on that list.

Intrigued I researched it further and learned that it had won the Canadian Food Network’s contest called “Donut Showdown” in 2013. That was enough information for me to decide to visit the very next day. 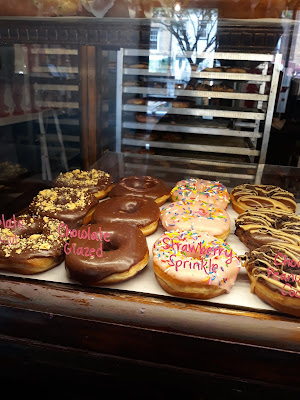 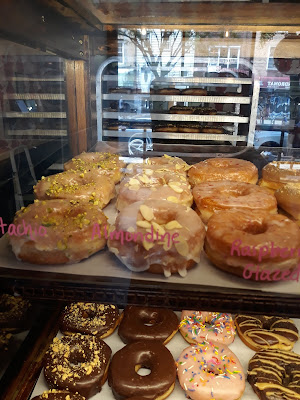 Dun-Well Doughnuts was opened by Dan Dunbar and Christopher Hollowell in December 2011. Despite having no prior baking expertise, they have been voted by The Daily News as the best doughnuts in Brooklyn. It happens to also be the first all vegan doughnut shop. 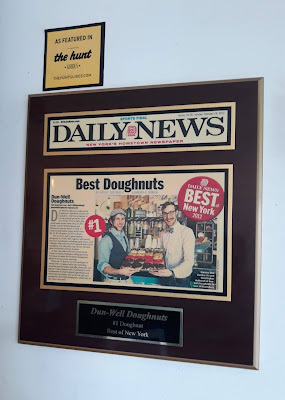 The shop rotates flavors and posts what they are offering on any given day on their Instagram page. That is how I decided what I was going to get and actually called on my way there so that they would be all boxed up when I arrived.

The staff was remarkably warm and friendly. The shop was adorable and looked like a great place to sit for a cup of coffee and freshly baked doughnut, even though I took mine to go. 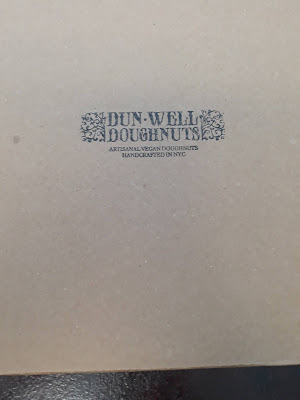 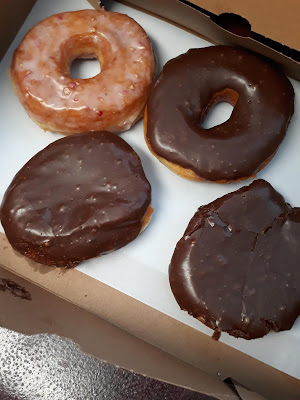 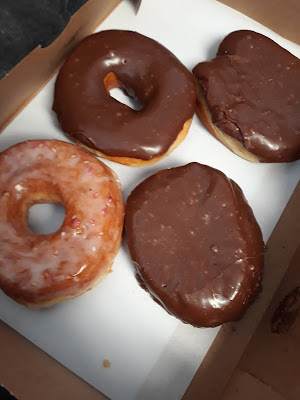 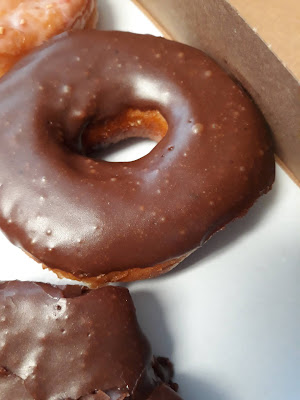 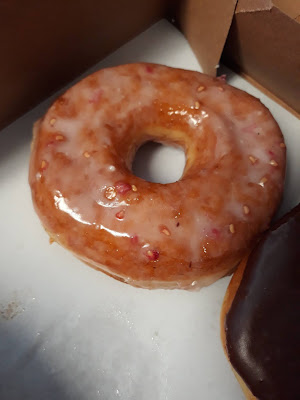 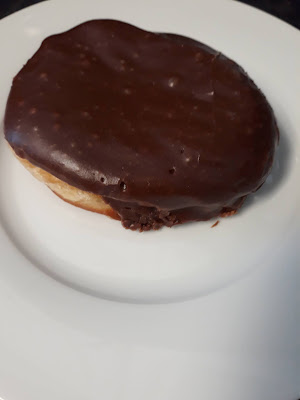 For my party of three, I ordered a total of four doughnuts. Clearly mine was the Boston creme, I got my mother a raspberry Glazed, and my father a chocolate glazed but another Boston creme to try.

After a meal from my father’s favorite restaurant, Vinny’s of Carroll Gardens, it was time for dessert.

I cut my Boston creme in half and was sort of off-put by the grayish color of the cream. I knew it wouldn’t be like any other Boston creme doughnut I have had before but it was a flavor that I would need to get use to. But the doughnut was fresh, the chocolate was on point, and the overall texture was perfect. 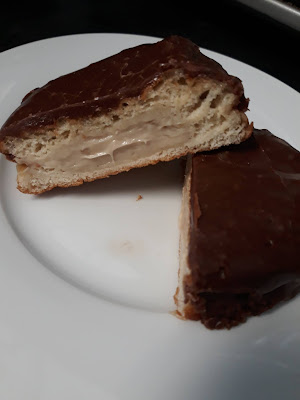 What I was most surprised by was how much I liked the raspberry glazed. It was crunchy, yet soft, and that raspberry glaze was just the right of sweet. My plan to just take a bite for research ended with me eating half and wishing I had three more.

This little bake shop has a big reputation for their original flavor combos, anything that they put peanut butter on and in, as well as their fruit glazes. I can attest that the latter is most definitely true.

I am glad they have survived the past year during these especially trying times for those in the food industry.

That only proves that quality is a commodity that we all treasure.