For the Best Neighborhood Christmas Displays of All Time: “Dyker Heights Christmas Lights” 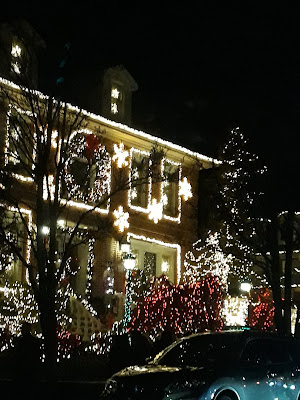 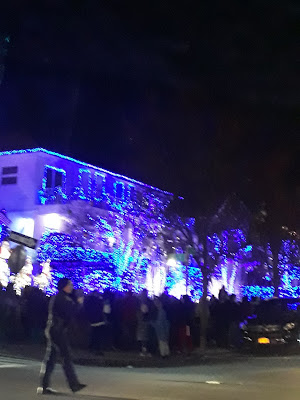 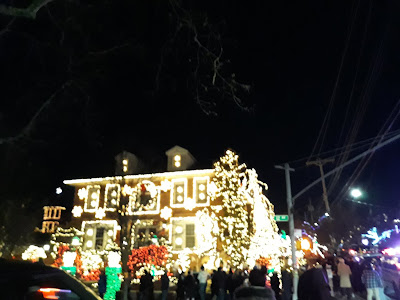 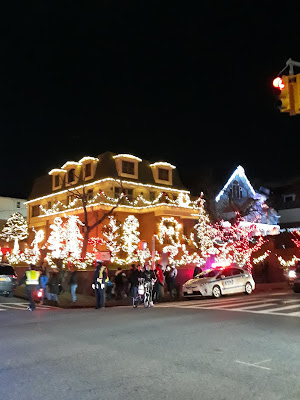 It is the most wonderful time of the year. Or rather it was not that long ago.

I love finding unique and traditional ways to celebrate the holidays. One of those special excursions happens right in my own borough; the Dyker Heights Christmas Lights. 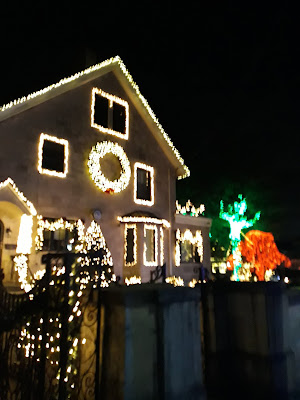 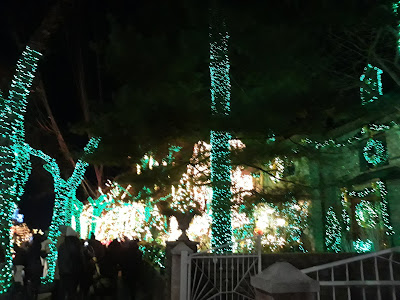 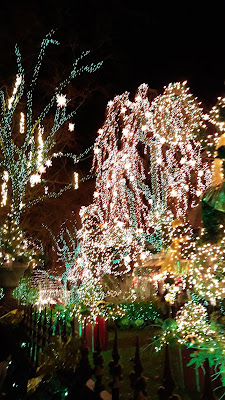 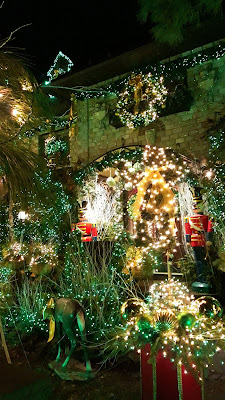 Dyker Heights in a neighborhood in the Southwest section of Brooklyn. Historically this was a predominantly Italian-American upper-middle class area. Nearby neighborhoods like Bay Ridge and Bensonhurst are too. These areas are great places to eat and shop for all types of Italian goodies. One of my favorites is most definitely B & A Pork Store.

Besides eating, it turns out this neighborhood also excels at celebrating Christmas! 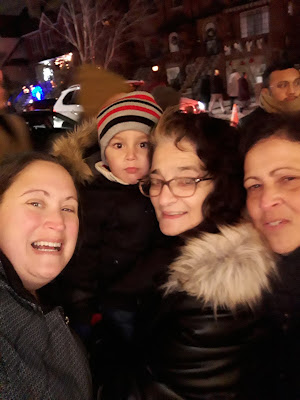 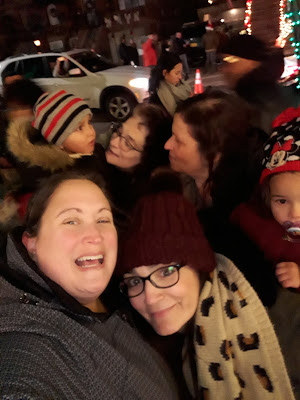 For the kind of light displays worthy of their own TV show this is where you need to be!

As a native Brooklynite, I have known about these light displays long before there was internet. But now they have such a following there are even tours set up just to experience the kind of joy only someone previously in the know could have. 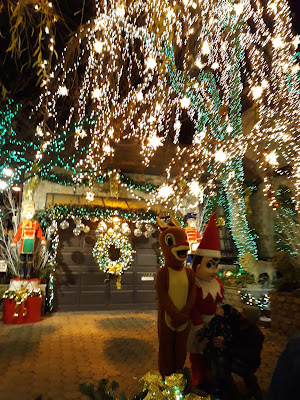 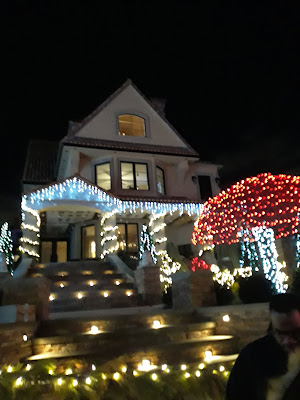 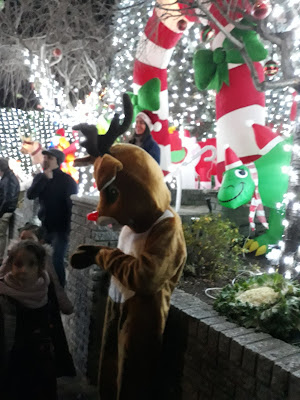 It all began in the late 1980s when Lucy Spata moved into the area. It is alleged that she started the Christmas Lights tradition to carry on the tradition her mother had started. Her house is one of the ones considered to be a must see and is easily noticeable because of all the angels seen at her house (1152 84th Street).

“It didn’t catch on at first but I figured sooner or later they’d have to give in.”

Her neighbors did in fact give in. It is estimated that over one hundred thousand people walk the streets surrounding Lucy’s house every year. The lights are typically put up the day after Thanksgiving and remain on throughout the New Year.

The Spata’s, as well as their neighbors, use the fame of their decorating skills to collect money for charity, although the festivities are free of charge (unless you paid for a tour).

Dyker Heights can also boast having the largest Santa in all of NYC! The fifteen foot Santa can be found at the Polizzotto home (on the same block as the Spata’s), another must see and another long time contributor to this Christmas tradition.

I wondered around with some family members included my little cousins who are two year old twins. They were very excited to see all the lights and even Rudolph the Reindeer “live” in person! They were so excited in fact, that those few houses that were not decorated at all still got some ooohs and ahhhs.

What you need to know most of all is that although you will find elaborate lights here and there as you drive around the main attractions (and they are attractions), they are the most elaborate between 82nd and 86th Streets and 10th and 13th Avenues. The best advice I can share is to look at the map (second link below) and take it from there. No matter how far you get you will definitely be wowed and get photos worthy of Instagram. This year I saw a house that literally had moving carousels! 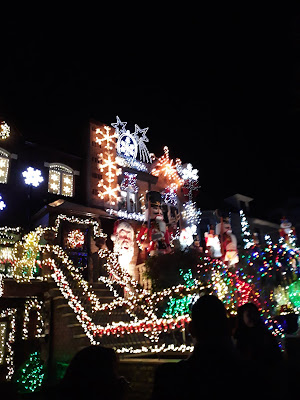 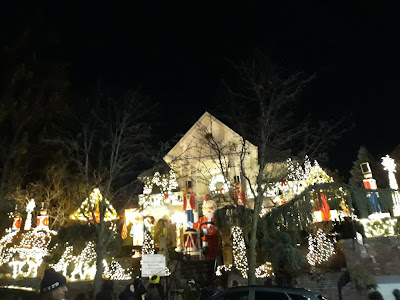 Just beware that finding a parking spot will be challenging and there will be police barricades around the most populated blocks. But it is SO worth it! 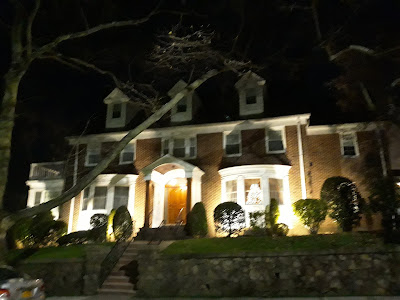 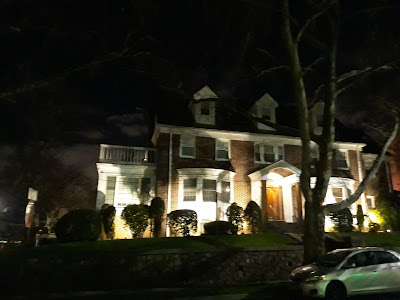 If you are in the area, especially if you are traveling in a car, I have to suggest checking out the Blue Bloods House (famous from the CBS television show). The address can be found using the last link below. Though keep in mind it is not open to the public and only the exterior is used for filming. 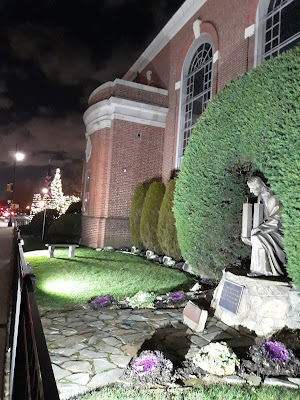 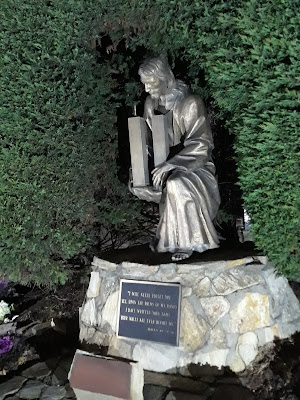 Also notable in this area is St. Ephrem Church as it has a truly breathtaking sculpture of Jesus Christ cradling the Twin Towers. I was left speechless.

Now you too are in the know and will be all ready when the this year’s Christmas season begins.