For Find Out Friday - How Did Botox Transform From a Vehicle of Vanity to a Life Saving Medicine? 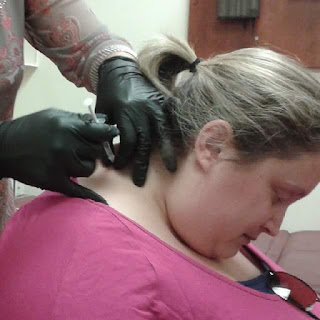 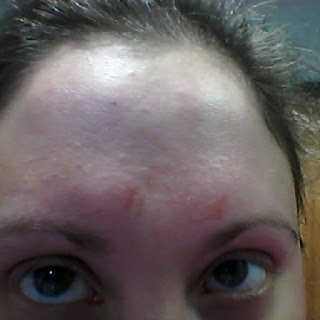 Botox has saved my life.

I have been on it for years. How many? I don’t know offhand.

What I do know is that it is easier to remember how much worse off I was without it.

Beginning in 2011 I was taking upwards of twenty-five preventative medications daily just in an attempt to prevent a migraine attack. That doesn’t include an additional three to six pills once the dreaded migraine presented itself.

Yes, despite all of my best efforts at prevention the pain still came and getting rid of it took days - if I was lucky. If I wasn’t, it took weeks. At my worst I ended up in the ER. It was beginning to look like I was going to end up in the hospital for an unspecified amount of time.

With nothing to loose my doctor, a neurologist who is also a headache specialist at Montefiore Medical Center, suggested nerve blocking shots. They were nine shots right into the skull. I was hesitant but went for it. It hurt like hell and guess what? Yep, I still got a migraine. It appeared as though nothing was powerful enough to stop my brain from making me feel like it was going to explode.

It was a final resource.

In fact, the reason my insurance agreed to pay for it was because I had failed to make any success with all of the other drug treatments one must try first. It was such a proud moment for me.

Many years before I actually got approved for Botox, I used to kid around that I wish I could shoot botulism directly into my head. As they say; be careful what you wish for.

Forty-one shots throughout my head and down my neck later, and I could weep at all that Botox has given me.

I am currently weaning off my second to last preventative, something I NEVER EVER thought would be possible. And while weaning and the withdrawal that goes with it sucks even worse than it sounds, I am trying to keep in mind that the pain I am dealing with now is the result of me actually getting better. It sounds counter intuitive but I keep reminding myself that the proof is easily seen at the end of every week when it now only takes me two minutes to refill my weekly pill-case.

Botox is used for chronic migraine sufferers like myself, who have fifteen or more pained filled days a month. Since 2010 the FDA has allowed injections once every three months but honestly after two I would happily return.

While Botox’s effectiveness and side effects differ from person to person, I have been blessed on both fronts.  After receiving my dosage I usually get mild fatigue (far less than when I am going through withdrawal - https://bit.ly/2lYXtYr) and injection sight pain.

Now that I am experienced in it, I can plan to allow myself time to heal. First, I ALWAYS come straight home to rest. Second, I do not make any strenuous plans for at least a day.

Usually by the time the three months are up I begin to notice many more headaches than is typical for me, as well as the fact that it takes more pills than normal to break my pain.

Speaking of which, once I have Botox I only need one anti-inflammatory pill if I catch the pain in time. Taking an actual pain pill has become a rarity. That in itself makes the pain of the forty-one shots worth it to me. Why people endure that pain for vanity eludes me with every pinch of the needle at every single session.

“Botox is a neurotoxin derived from the bacterium Clostridium botulinum. Ingested in contaminated food, it can interfere with key muscles in the body, causing paralysis and even death. But when injected in tiny doses into targeted areas, it can block signals between nerves and muscles, causing the muscles to relax.”

The first time I got Botox I had to sign a bunch of forms pretty much saying I realized what I was allowing to be injected. It sounds insane that one would willing poison themselves, since that is what we are essentially doing. But apparently in small, controlled doses, when done by a trained medical professional, the process is actually quite safe.

A Harvard researcher quoted in Time Magazine explains it best: "These are the most toxic substances known to man, and they are also the most useful toxins used in medicine right now.”

Like many other medical marvels finding out that Botox could do more than just prevent wrinkles was a happy accident. A Beverly Hills plastic surgeon noticed that his patients who received Botox, seemed to suffer from a lot less headaches which led to studies to find if there was any correlation.

Migraines as an illness are understudied and not really understood. There is very little if any federal money gifted to study its causes, thus there are hardly any drugs produced directly to treat it. Migraine patients, like myself, end up taking drugs that were made to treat epilepsy, depression, and an array of other diseases. Perhaps thats why they work so poorly?

The poison that makes Botox, Botox, is not new.

In the late 1880s it was discovered during a severe case of food poisoning by Dr. Justinus Kerner after several Germans died after eating blood sausages. It was clear that the food had caused the illness that led to the deaths but it was not well understood. Dr. Kerner began injecting himself with the toxin and was a leader in creating an understanding of how food poisoning can be prevented and treated.

From there the next man to influence Botox’s transition to medicinal use is Belgian scientist Dr. Emile Pierre van Ermengem. He was able to differentiate between the various strains of Clostridium botulinum.

These are the other major developments:

From here research spread and the benefits seem never ending

Botox has become a miracle drug for a host of other illnesses such as: overactive bladders, aggressive sweating, and even depression. While this is a seriously effective drug it is also something that neither doctors nor patients should use lightly. But as I learned, when desperate times call for it, desperate measures must to be taken.

For me taking a chance on Botox resulted not only in a brand new life, but in the ability to have one at all.