For Pizza That Has Everything But What Its Name Suggests: “Tony Boloney’s” 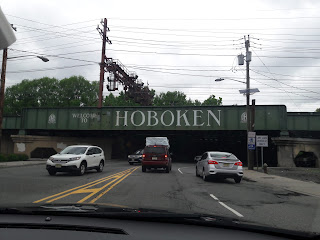 I have spent many days of my life eating pizza, including today. That is why I often like to stake out new pizzerias on Fridays thus leading to a well used hashtag of mine #PizzaFridays. Since the pizza I had today was leftover and from a place nearby that I have often I decided to use this #PizzaFriday to tell you about the latest pizzeria I have added to my repertoire; Tony Boloney’s. 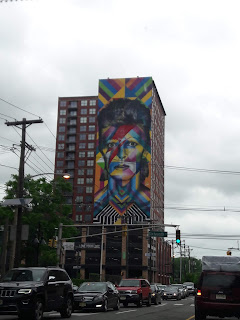 Tony Boloney’s has two locations in New Jersey; one in Hoboken, and one in Atlantic City. Of all of the pizzerias I seek out and add to my annual to do lists (https://bit.ly/2JSFq4u) New Jersey locations are not typically a mainstay. In fact, I only tried this pizzeria on the word of a fellow expert Frank Pinello. If you are not familiar with Frank, he is the man behind Brooklyn’s Best Pizza and host of “The Pizza Show” (https://bit.ly/2HDHqMc). 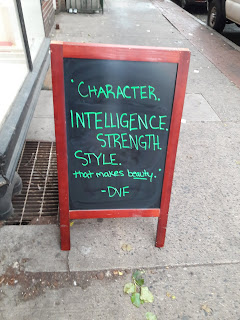 I was on my way home after a cousin’s wedding when I stopped by the Hoboken location for lunch. I knew that this city like area of New Jersey would be very crowded and that it is notoriously hard to park. With that in mind and a great deal of patience and luck, I did manage to get a spot right in front after only driving around in circles for a few minutes. I felt the pizza Gods shining down upon me at that moment. 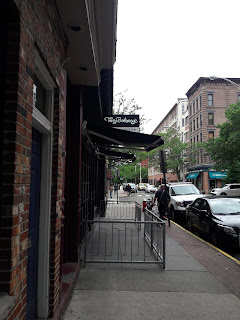 My mother (and fellow pizza lover) and I had the place entirely to ourselves. I was in charge of ordering and did so by selecting what slices we would taste test based solely on what was already made and in their display case.

From there I got one of each of the following: 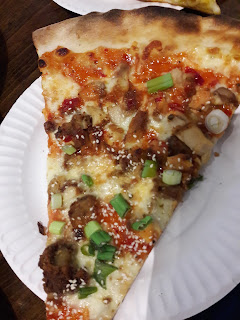 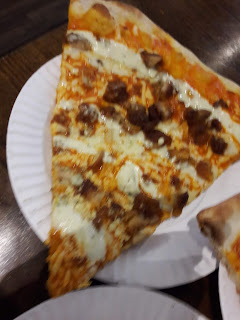 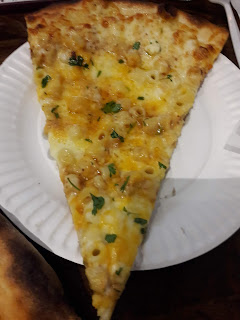 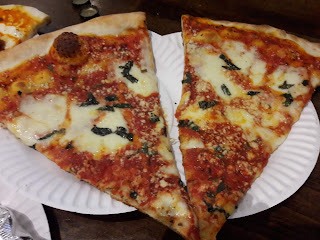 For good measure and to coat our stomachs first, we each had a slice of the Oldman Brooklyn which is essentially their Margherita pie but with a way catchier name. 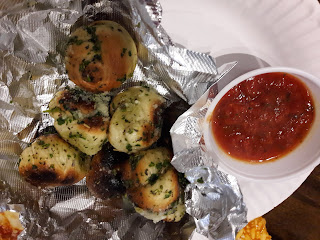 I also got an order of the aptly named Vampire garlic knots. After seeing them on the counter I couldn’t and didn’t resist. Really what would have been the point? 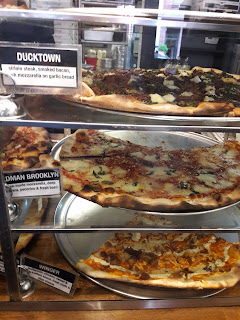 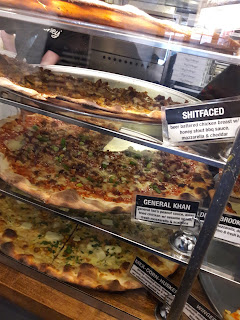 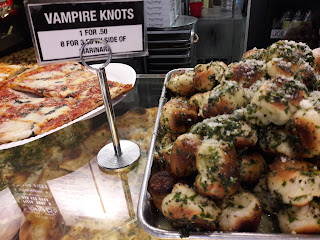 Though I went for the experience to be honest I was not impressed by the pizza. The classic Margherita was good but the sauce was sort of bland. The Winger was okay but a bit too spicy. General Khan was sweet and I think I liked it best if I had to choose. I mostly picked out the Mac n’cheese off of the Ay Dios Mio-Mac slice. Overall I felt much of their slices had heat as an ingredient. I prefer more of an array of choices. In a perfect world I could order a small bite of everything on the menu, not just was what there. 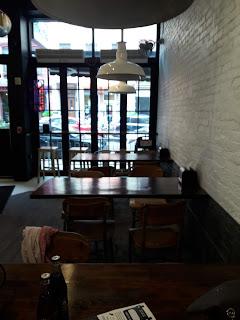 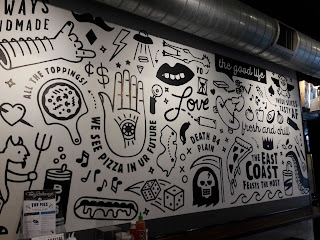 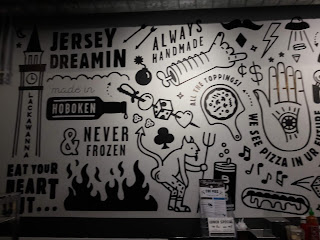 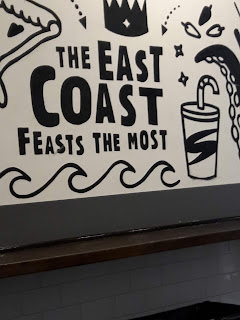 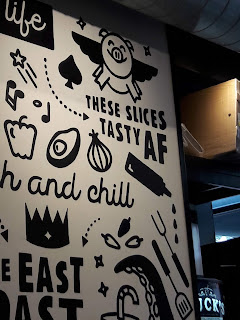 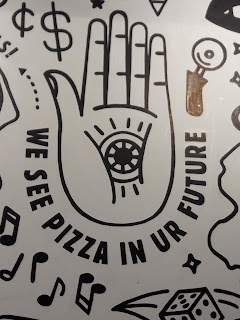 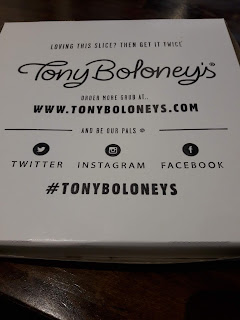 The garlic knots were indeed very garlicky and I think they were the sure fire winner here. Shockingly enough I preferred them to the ones at Best Pizza.

My experience at Tony Boloney’s reminded me a great deal of another pizzeria that makes similar concoctions but is much closer to home; Vinnie’s Pizza (https://bit.ly/2z1tmsq). Vinnie’s was probably the first place I had toppings like Mac and cheese on a slice. Now it seems these formerly original toppings are much more commonplace.

To be fair to Tony however, I did not order his speciality, the taco pizza. This was the reason Frank Pinello had stopped by after all. The taco pizza has to be preordered a full twenty-four hours in advance, unless you visit the Hoboken location on a Tuesday or the Atlantic City shop on a Thursday.

I believe you need to have several really hungry friends to share it with in order for this specialty pie to be worth having. I feel it is a waste if not. I know I could only eat a slice and you cannot order it that way. It is simply too much work.

To see how it all began check out this brief video featuring owner Mike Hauke:

Aside from wanting to have a taste of how Tony Boloney’s does Taco Tuesday, I also REALLY would like to try their seasonal French Onion Soup pie with what else but gruyere cheese, onion soup, and caramelized onions.

And should a piece of their Tikka pie came my way I too would attempt to force myself to eat it. It gets its name from insanely popular Indian dish that I too love featuring homemade tikka masala sauce with a coconut curry base, paneer cheese, jalapeños, as well as fresh cilantro.

The menu is really large and totally encompassing no matter what you prefer or what your dietary restrictions may be. Vegans will surely not be left out of the pizza game.

If you’re in the neighborhood you should check out Tony Boloney’s “Pizza, Subs, and Bad A$$ Grub” for yourself. And should you get your very own taco pizza, save me a slice.

For the only ingredient you will not find on the menu is bologna.