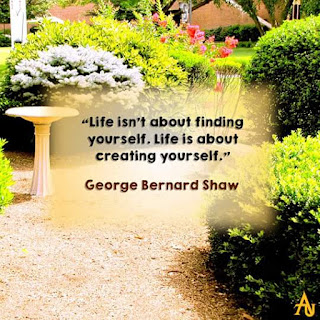 All day long, yesterday, I had been seeing many messages on social media regarding Mothers Day. It is to be expected, the holiday is upon us after all. Unlike Valentines Day where your plans are based on whether or not you are in a relationship, there doesn’t appear to be any stigma around your plans on this Sunday in May. While it is certainly sad to be without your mother (no matter the reason) on Mothers Day, it doesn’t seem to bring on the isolation and depression singles feel when sitting home on a Valentine-less Day. Our society and culture norms fascinate me.

Actually speaking of those celebrating their mother’s who have passed, those posts seem to be the majority of what is currently online. In a way it is nice if that brings comfort and community to all.

While I am enormously lucky to have my mother here, normally within my reach, she is not the only woman I have treasured. For the first fourteen years of my life I had my grandmother too. I was her Messiah and even though she is no longer physically with us, I know that I still am. For more about my mother you can catch up in my previous blog. (http://thequeenoff-ckingeverything.blogspot.com/2012/05/for-my-mother.html)

Ever since I can remember I have always been drawn to pregnant women. As a child any pregnant woman I can across intrigued me. Thankfully I was not going up to total strangers, but when my fifth grade teacher became pregnant I would sit next to her while the other kids were participating in gym class. She was the first one to show me that maternity jeans were not really jeans on the top. I was obviously floored.

I loved that we were allowed to have snack during random times whenever she needed to for the baby. When she left for maternity leave I secretly wished I were going to be at home with her, without one single clue of what that meant.

My curiosity has only deepened as I have aged. I still can’t quite wrap my head around pregnancy, labor, and delivery. In fact the more I know the less I know. It blows my mind that this “natural” process can go on and anyone survives. It really is a miracle. The closer I get to it all the more I know this to be true.

As I grew up there was almost never a Barbie doll that wasn’t pregnant at some point. Without a pregnancy how could there be children? Apparently I was method acting via my dolls. Didn’t everyone do this?

In case you are wondering I didn’t just pretend they were pregnant I stuck a small ball under their shirts to provide the illusion of pregnancy. There were no birth scenes but after an amount of time a baby would appear and then grown through changes over time. I had a lot of different dolls so this facilitated my creativity in such an arena.

In further demonstration of my visions I will share that I used the little white “tables” that came out of pizza boxes (from holding the cheese in place) as real tables in my Barbie Dream House. For garbage cans I used empty “fun size” boxes of Junior Mints. This is why I never wanted any other children over to play. I had so much going on all in my mind. Some days I still do.

As of late this afternoon I began thinking about Mothers Day not in the present or in the past, but in the future. That is an odd scenario though. Despite my desire to have my own children it is not something in my immediate plans. But I know a lot of new mothers and my thoughts turned to them.

As a woman in her thirties the issues surrounding starting my own family are pretty close to the vest. Like anything else in my life I turn to research. I always feel better once I have all of the information at my fingertips because than I can make the best decision possible. I always have the urge to ask those who I know who have already made their decisions and family plans but I am hesitant to cross any lines, even with family and friends.

Lucky for me I know some very smart, strong women. There are those who are mothers to brand new born babies who have traditional marriages and waited until the wedding and new home were all set up before their bundles of joy arrived. There are the mothers who are raising stepchildren but love them like their own. There are those taking charge of their future by going to fertility doctors to create a game plan based on available choices. There are those families with two mothers to love on the children they are raising. Each one of these circumstances is different but the same in the way they are raising successful members of the next generation. All of these children are blessed to be so loved and well cared for. They are also incredibly cute and I am not just saying that because they are related to me. Believe me I am not that good a liar; well my face isn’t that good a liar.

Thinking back on those childhood behaviors it would seem like I should have been a doctor with all the questions I had. But no it appears mothering has always been a part of who I am. Little kids tend to love me no matter if I am just meeting them for the first time. I never have any pause with babies and kids. I never think about what to do or say I just go about making them laugh, giving kisses, and take photos. I never change my voice to “talk baby” to them. I speak the way I would to anyone but without the cursing and swearing.

I think children sense the good in people much the way animals can. They always seem to sense evil in the room before the adults. I have managed to keep this skill in tact. I am a good judge of character sadly not enough people have any.

This quote above by George Bernard Shaw is among my very favorite in the world. These words really speak to me. I have a sign to remind me of this daily. I love the idea of not only finding out who I am but being in charge of the woman I want to be.

Unlike any other holiday, I don’t have any specific traditions I have written in stone that will go on no matter what age I am. I do not have any preconceived notions of Mothers Days pictured in mind. Rather just celebrating the loving actions it takes to be a mother as I learn by watching those around me with their children. And when I am ready and my children are here I will continue to celebrate all mothers not just on one day but in each and every day I spend with the future loves of my life.

Until then, Happy Mothers Day to all and to all a good night!
(insert mic drop)