For the Creative Comedy of Our Culture: “Saturday Night Live The Exhibition” 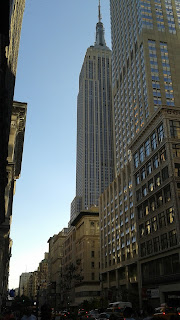 There are many reasons I love living in New York. Sometimes I forget these reasons while I am battling a long commute, getting stuck in the rain, or shoving tourists out of my way so I can cross the street before the light changes. During my regular life I may seem like I am taking New York City for granted but deep down I am a huge fan of my concrete jungle. 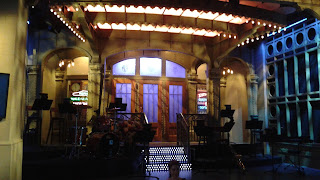 Although my future life plans include spending half the year in other cities I love, perhaps even a foreign one, I know I will always have a home in N.Y.C. I will always have to be here to indulge in the many cultural and edible riches. It will remain a base for my family and friends. No matter what appeals to me about other places I always seek to bring that back to my slice of the big apple. There is no way I could imagine living my life without ever having a presence in my city of origin. It provides much of what my soul needs and thrives on. 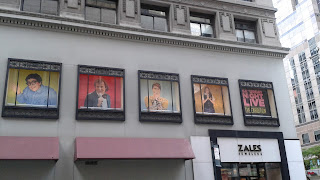 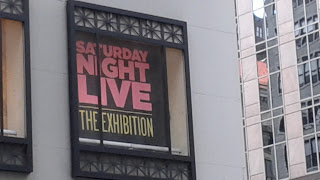 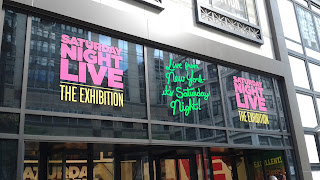 One of the most recent activities New York City has enchanted me with lately is the exhibit based on “Saturday Night Live”. Over the last forty years this show managed to change the kind of programming we come to expect and grabbed a hold of our culture in a way no other show could have. We knew it was okay to laugh after 9/11 because S.N.L. told us so. It is the show that comments on daily life, politics, celebrity behavior, and so on. This show sets an example of how we as a society react and lets us laugh out loud once a week based on things in our everyday life. It is the opposite of a show about nothing. On the contrary it is about everything. 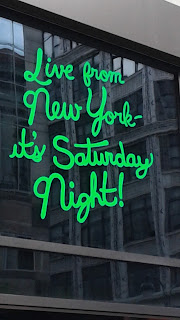 When this exhibit opened a few months ago I was quite interested but it wasn’t necessarily on the top of my list. Over the last few years I haven’t watched the show nearly as much. I am unfamiliar with the cast and when I watch for the guest host I am disappointed with the skits no matter the talent they are working with. A big part of me would like it to star Jimmy Fallon, Tina Fey, Justin Timberlake, Chris Kattan, and Cheri Oteri on a permanent basis. 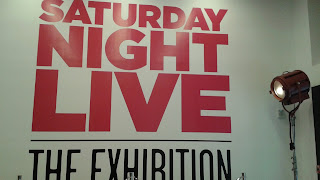 That being said the show’s big anniversary this year revitalized my interest. I knew the exhibit would cover all decades that S.N.L. has been on the air. There seemed to be something for everyone. Thus making it the perfect event to share with my family to celebrate my father’s birthday as a pre-dinner activity. 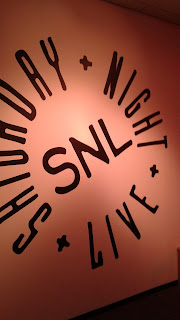 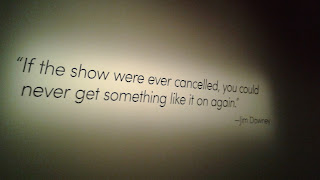 The exhibit is being housed at Premier 5th Avenue, a facility in midtown Manhattan. I have never heard of it before or of any other events they have held. But it was a great big space, properly utilized, and I would go back in a heartbeat. 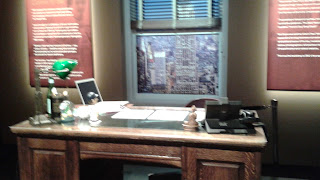 The tour begins with a short video that ends with the infamous words that starts every show “live from New York its Saturday night!!!!”

Upon entering that first room many things were rushing through my mind. Among the first were how prepared I was for this visit just because I happen to love Chicago and have followed the trail that led to the creation of Saturday Night Live in the first place. The only place I haven’t been is Loren Michael’s country of origin, Canada, though it is most definitely on my list.

The Billy Goat Tavern (http://thequeenoff-ckingeverything.blogspot.com/2014/05/for-wonderful-weekend-in-windy-city_17.html) you’ll remember was the inspiration for the “Cheezburger, Cheezburger” skit in the 1970’s. Since several of the cast members at that time were creating their comedic craft at Second City (http://thequeenoff-ckingeverything.blogspot.com/2014/05/for-wonderful-weekend-in-windy-city_26.html) it was a place they all knew well.

Speaking of Second City I have been there more than once and it is never the same experience. It is always fresh and funny. I can so picture many cast members of S.N.L. there. I can only imagine the atmosphere they created. It was surely magical as it traveled all the way to New York City. 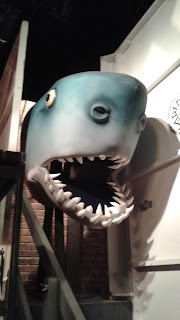 Unlike typical museum exhibits that contain only a few relics and a lot of boring stories on walls you have to read, this was totally interactive. The exhibit is designed to tell us how the show comes to be from Monday morning until the moment the show goes live. Each “day” contained original objects, television screens showing skits, and lots of amazing behind the scenes goodies. 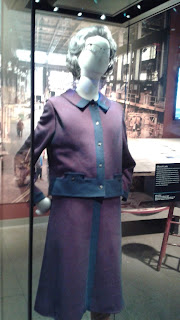 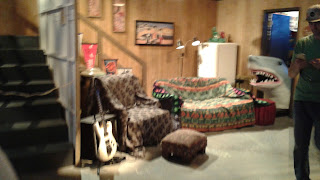 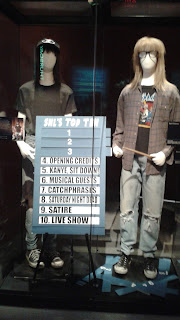 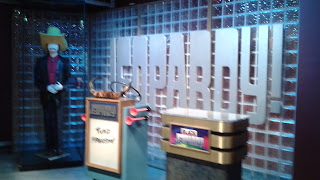 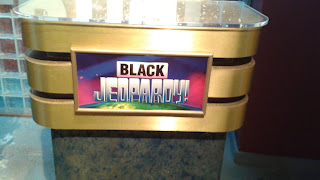 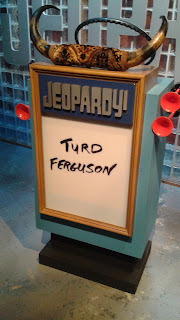 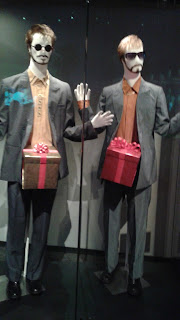 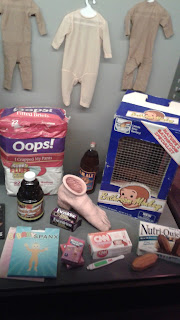 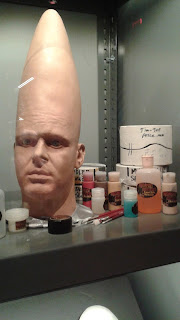 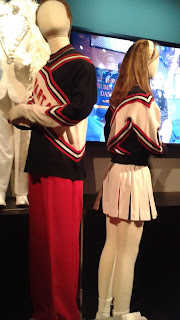 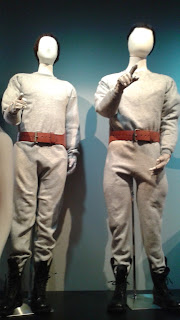 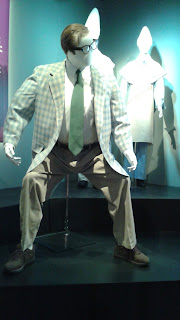 This is by FAR one of the best exhibits of ANY kind I have seen. I am talking about the best exhibit of all time. Even the Smithsonian museums in D.C. aren’t this well laid out or have as many cool things to see. As I wandered around in and out of rooms I was completely enthralled. From skits I loved to those I hardly knew, this exhibit held onto my attention as if nothing else is the world existed. Besides the creative process there were rooms filled with costumes, makeup, and props from nearly every skit in their history. It is incredible to see how much they have saved and how much more has yet to be created. The displays demonstrate how hard the crew works and how involved everyone is in order to make it to the live show on Saturday night. There is no part that was excluded and everything I saw was riveting. It must be such an incredible high living like that for one week never mind every week. I bow down to their stamina.  I got a whiff of it just traveling through this exhibit. 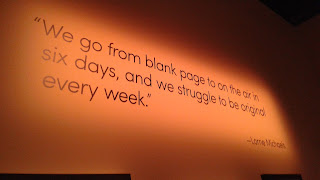 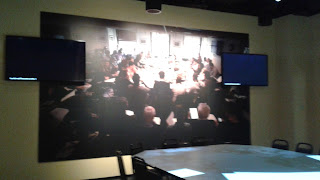 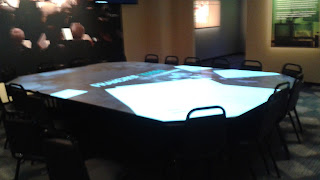 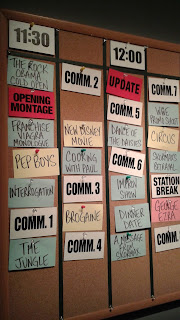 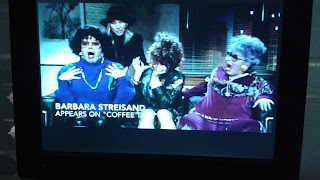 I will leave the final details of this exhibit as a secret for me to know and you to find out, and I suggest you find out soon. I don’t know how long this exhibit will run but if there is one thing you need to do in New York City its to have your chance to say “live from New York its Saturday night!!”